According to the report, these totals represent a 50 percent decrease in comparison to the last seven years of the previous decade.  Between 2003 and 2009 county party receipts averaged $16.6 million per year.

The same pattern emerged when comparing average spending between the two periods.  From 2010 through 2016, county parties spent an average $8.3 million compared with $16.6 million during the last seven years of the previous decade, for a 50 percent drop.

“This steep and unprecedented decline in county party financial activity raises a red flag,” said Jeff Brindle, Executive Director of the Commission.  “Without a shadow of a doubt, the party system in New Jersey is in deep trouble and needs to be restored.”

According to Brindle, the breakdown of the party system followed the passage of a complicated scheme of pay-to-play laws in 2005 and worsened when independent group spending increased following the “Citizens United decision in 2010.”

“The proof is in the pudding,” said Brindle.  “During the four years prior to pay-to-play, party receipts averaged $22 million annually.  From 2006, when pay-to-play went into effect, the four-year annual average dropped to $12.5 million.”

The report further shows that during the first seven years of this decade, following the U.S. Supreme Court decision in Citizens United, financial activity by the county parties, as noted, dropped even further.

“The pay-to-play law is overly complicated and confusing,” said Brindle.  As a result, money flowed away from the parties and into newly created special interest PACs designed to get around the law.”

Brindle added, “Citizens United then made the situation worse, serving as a stimulus to the growth of spending and influence by outside, independent groups in New Jersey, further draining money from the parties.”

Independent groups spent $28 million on ballot questions in 2016, $11.6 million on Assembly contests in 2015, and $41 million on the gubernatorial and legislative elections of 2013.

The analysis grew out of a report on county party financial activity during 2016.

These figures represent a 12 percent decline in fundraising from 2008, when county parties raised $9.6 million.

Democratic committees have cash-on-hand of $1.6 million compared to Republican committees, which have $595,685 left.

“A weak party system is not in the interest of the public, particularly when political party activities are dwarfed by independent, often anonymous groups, and special interest PACs,” said Brindle.

The Commission has put forward proposals that would strengthen political parties, offset independent groups, and simplify and strengthen pay-to-play.  These proposals include: raising contribution limits for contributions made to parties, excluding parties from pay-to-play, allowing state parties to participate in gubernatorial campaigns, allowing parties to give to each other, and loosening federal rules on state party accounts.  They also include registration and disclosure of independent groups, one State pay-to-play law, an end to fair and open provision, and special interest PACs under pay-to-play.

For the full tables, please see ELEC’s press release below: 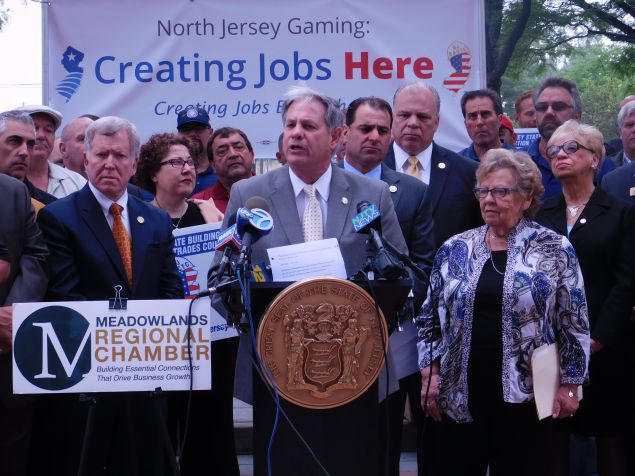