In the wake of Donald Trump’s electoral victory and his campaign’s blitzkrieg against undocumented immigrants, the New Sanctuary Movement, with its commitment to keeping undocumented immigrants from being deported, should be on the defensive. Just the opposite is happening. The New Sanctuary Movement gives every indication of becoming an increasingly powerful force in American life this year.

Since the election more than 300 houses of worship have come forward with public offers to provide sanctuary for undocumented immigrants threatened with deportation. The Church World Service estimates at least 400 churches and an increasing number of synagogues are currently supporting undocumented immigrants fearful of being returned to their home countries.

“It is not a matter of defying any law. It is a matter of living up to my faith,” the Reverend Robin Hynicka, senior pastor of the Arch Street United Methodist Church in Philadelphia, which is currently providing sanctuary, told the Observer just before Christmas. “Folks were vulnerable even before Mr. Trump was elected. They are more vulnerable now.”

The religious institutions are not alone.

Mayors Bill de Blasio of New York City, Rahm Emanuel of Chicago and Ed Murray of Seattle are among the big-city mayors who vow their administrations will not report undocumented immigrants to federal officials. And at many colleges and universities across the country, students and faculty have joined together to promise similar civil disobedience.

Wesleyan president Michael Roth has declared his university a “sanctuary campus,” saying Wesleyan officials will not voluntarily assist in the deportation of any student. Harvard’s president, Drew Gilpin Faust, announced that Harvard would not ask any student about the immigration status or enforce federal immigration law.

Today’s New Sanctuary Movement can trace its modern origins to the 1980s when refugees from civil war, violence and collapsing economies in El Salvador, Guatemala and Nicaragua began pouring into the United States and received an unsympathetic welcome from the Ronald Reagan administration, fearful that the United States would become a magnet for still more refugees from Central America.

In 1980 a Presbyterian Church and Quaker Meeting House in Tucson, Arizona began providing humanitarian assistance to Central American refugees, and soon after, a network of religious congregations nationwide began offering refugees from Central America sanctuary in defiance of the federal government.

By the end of the decade San Francisco passed a 1989 City of Refuge ordinance, declaring that local officials and police were not obligated to inform federal immigration authorities when they encountered an undocumented resident.

Then in 2006 the sanctuary movement took on new urgency when in December 2005 the House of Representatives—but not the Senate—passed by a vote of 239 to 182 a harsh border-security bill co-sponsored by Republicans James Sensenbrenner of Wisconsin and Peter King of New York. The bill made living in the United States illegally a federal crime rather than a violation of civil immigration law, as it is now.

The Deep Roots of the New Sanctuary Movement.

But the precedents for the New Sanctuary Movement date back before the immigration crisis of the 1980s; they have deep roots in the Civil Rights Movement of the 1960s, when black churches and black ministers played a central role in desegregation battles and received support from many white churches and synagogues, as well as from college students, who in 1964 made possible the Mississippi Freedom Summer.

A century earlier, civil disobedience by church leaders proved essential to the success of the abolitionist movement. The movement drew key support from Northern church leaders who, in the years before the Civil War, defied the federal government’s efforts to return fugitive slaves to their Southern owners. In Boston the prominent Unitarian minister Theodore Parker did not hesitate to provide refuge for escaped slaves, and after doing so, he made a point of upbraiding President Millard Fillmore, a defender of the Fugitive Slave Law. “You cannot think,” he wrote, “that I am to stand by and see my own church carried off to slavery and do nothing to hinder such a wrong.”

It’s impossible to know exactly how successful the New Sanctuary Movement will turn out to be in 2017, but its supporters have reason for optimism. Since 2011, Immigration and Customs Enforcement (ICE) has had a standing policy of not taking action in “sensitive locations” such as schools, churches and hospitals unless exigent circumstances exist. ICE has continued to follow that policy rather than risk confrontations that could turn public opinion against it. The New Sanctuary Movement has taken steps to make sure ICE is put in the spotlight whenever it conducts a raid.

Key to the New Sanctuary Movement’s determination to put its beliefs into action is Sanctuary in the Streets, which seeks to combat ICE raids by sending its volunteers to where the raids are taking place and creating a sacred space around them by conducting religious services on the spot. In Philadelphia Sanctuary in the Streets went from having 60 volunteers before the election to having about thousand volunteers two weeks later. “Trump’s election has woken a whole lot of people up,” noted Peter Pedemonti, director of Philadelphia’s New Sanctuary Movement.

Even Donald Trump has shown a willingness to walk back part of his extreme campaign to engage in a massive deportation of undocumented immigrants. In a widely publicized post-election interview with correspondent Lesley Stahl of 60 Minutes, Trump emphasized that, once in office, he would focus on deporting undocumented criminal immigrants rather than all undocumented immigrants living in the country.

Those are tough numbers for the Trump administration to buck, and with the backbone of the New Sanctuary movement centered in America’s faith communities, there is no way to write off its supporters as radicals or to ignore their willingness to confront authority if need be. As the Reverend Alison Harrington of the Southside Presbyterian Church in Tucson, one of the pioneering sanctuary churches, observed, “There is no cowering or fear that I see happening. Communities of faith in particular are feeling the urgency to do something.”

Nicolaus Mills chairs the literature department at Sarah Lawrence College. He is author of Like a Holy Crusade: Mississippi 1964—The Turning of the Civil Rights Movement in America. 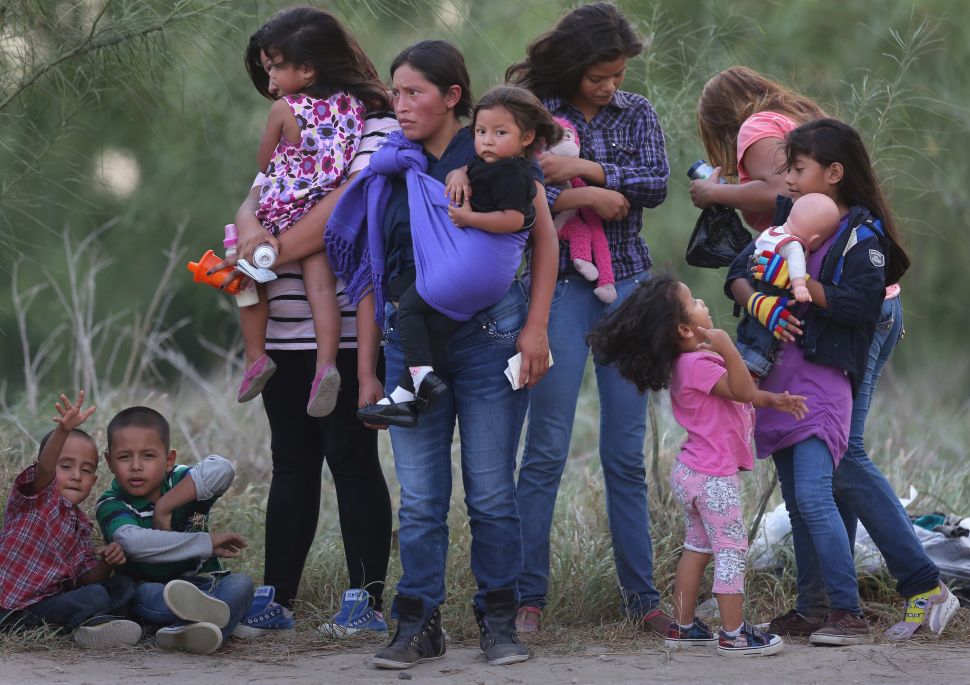