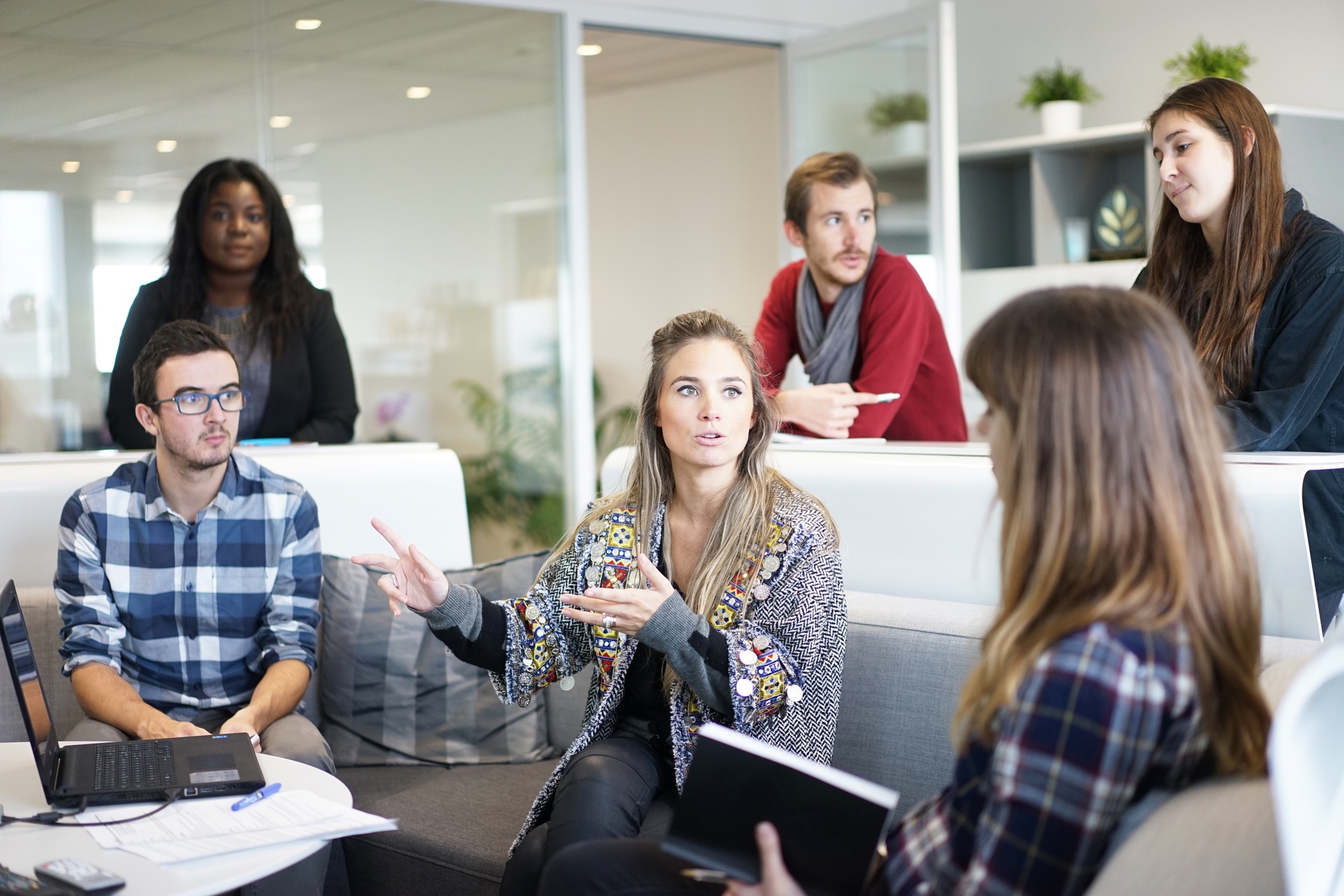 In 2007, the National Academies called for an urgent investment in STEM (i.e. science, technology, engineering and mathematics). Surprisingly the system responded and Congress allocated billions of dollars to expand STEM education across all grade levels. Conversely, business education generally, and skill training for managers specifically, is like watching the 1939 movie Mr. Smith Goes to Washington without its final scene—the system is old and broken.


This is particularly evident in business schools, whose curriculum for decades has focused on accumulating technical knowledge in core business functions, such as marketing, finance and operations. This was fine as long as corporate success depended on exploiting competitive advantages so that managers typically faced recurring problems confined to their functional silo.

No longer. Today’s businesses are beset by technological disruption and ruthless global competition that compels them to constantly seek out new competitive advantages. As a result, managers are presented with an endless series of unique and messy situations that demand creativity and cross-functional collaboration. In this landscape, the business school mainstay of arguing over a case study within a classroom setting seems as useful as learning how to program a VHS player. Indeed, the “A” in M.B.A. stands for “Administration” when it needs to stand for “Adaptivity” or “Artistry”. A few business schools are responding by offering more experiential and reflective learning, such as Berkeley-Hass discarding the theoretical 50-page business plan in favor of a tested one-page startup business model or Columbia Business School expanding the definition of entrepreneurship into every stage of a business education.

Moreover, if c-suite executives are concerned how this managerial skills-gap will affect organizational sustainability, entry and middle level managers should be panicking about their own career viability. Rapid advances in artificial intelligence will soon mean it is not only blue collar jobs on the factory floor or driving a truck that are threatened by robots, but also any white collar manager performing routine tasks. In fact, according to a 2016 report by Oxford University and Citi, the single most important variable in determining if a job will be automated is “originality” (defined as “The ability to come up with unusual or clever ideas about a given topic or situation, or to develop creative ways to solve a problem”).

“Functional expertise is necessary, but now no longer sufficient to fill management roles,” explained Patricia Monteiro Araujo, J&J’s External Innovation HR Director. “Managers used to only need the right answers, now they have to be able to ask the right questions.” In other words, managers with only routine technical skills will be as employable in tomorrow’s world as switchboard operators and log drivers are in ours.

The equivalent of STEM for managers would thus be in areas that ADDS to their existing functional knowledge to become more creative, collaborative and non-routine problem solvers. Specifically ADDS refers to:

Agile began with “The Agile Manifesto,” a 2001 rallying call for a more flexible approach to software development than the previously dominant “waterfall” process. Agile has since grown to encompasses a variety of methodologies, such as lean, scrum and kanban, and spread much beyond software to companies from GE to Spotify. The commonality throughout is rigorously prioritizing what tasks must be completed, while cross-functional teams decide how to complete them. Agile provides managers with a framework to lead teams when they are operating within chaotic environments where solutions are not known from the beginning (read: almost all contemporary business problems). However, agile fundamentally challenges the hierarchical mindset that was the basis for so much of 20th century management. Consequently, managers need extensive training in how to facilitate—rather than the funnel—decision making and embrace the open tracking of progress and obstacles. As the most apocalyptic outcome is creating zombie organizations that mindlessly adopt the language of agile without deeper thought. Simply relabeling workshops “sprints” or unfinished prototypes “minimal viable products” are practices that should be killed off—immediately.

Is a collection of methodologies to solve problems as would a designer: uncovering the unmet needs of an end-user (i.e. the customer) with creativity, empathy and experimentation. Considering that publicly traded companies who embraced design thinking have outperformed their peers on the S&P by 200%, design thinking is increasingly not a fad, but the the future. Managers require hands-on training in the practices of design thinking so that its principles are infused throughout an organization.

The science fiction writer Arthur C. Clarke famously stated, “Any sufficiently advanced technology is indistinguishable from magic.” So too, organizations whose managers are not literate in digital and data tools are like the proverbial sorcerer’s apprentice—calling on forces they barely comprehend and soon will escape beyond their control. Note, managerial fluency should not be confused with obligating total mastery. As Peter Bell, a leading technologist and founder of CTO School, noted “Teaching managers how to code is like knowing latin—nice to know, but not essential for day-to-day life. What is vital is understanding how emerging technologies work and best practices for managing a development team.”

How Don Draper, in the television drama Mad Men, reduced a philandering colleague to tears through a pitch about nostalgia is pure fiction; yet the truth is not far off. “We crave stories like a drug” writes the former BBC executive John Yorke in his masterful book Into the Woods; “for it is only through story that we are able to bring our inner selves into line with the external world.” Managers need to be drug (story) dealers of the highest order. As only through strategic storytelling can managers inspire others—whether customers or colleagues—to embark on their preferred course of action.

Putting this all together, ADDS helps managers lead in an era of relentless change: data and digital literacy for sense-making amidst the noise; design thinking the creative tools to uncover opportunities; agile the responsive organizational structure to operate within; and storytelling to overcome the hesitancy and fear that accompanies any change.

Over a decade ago, it was clear that without significant investment in STEM the United States would lose its economic edge. Similarly, organizations whose managers lack practical skills in ADDS risk their competitive edge. To return to Mr. Smith Goes to Washington and paraphrase James Stewart’s iconic line “ADDS is too precious a thing to be buried in books.” 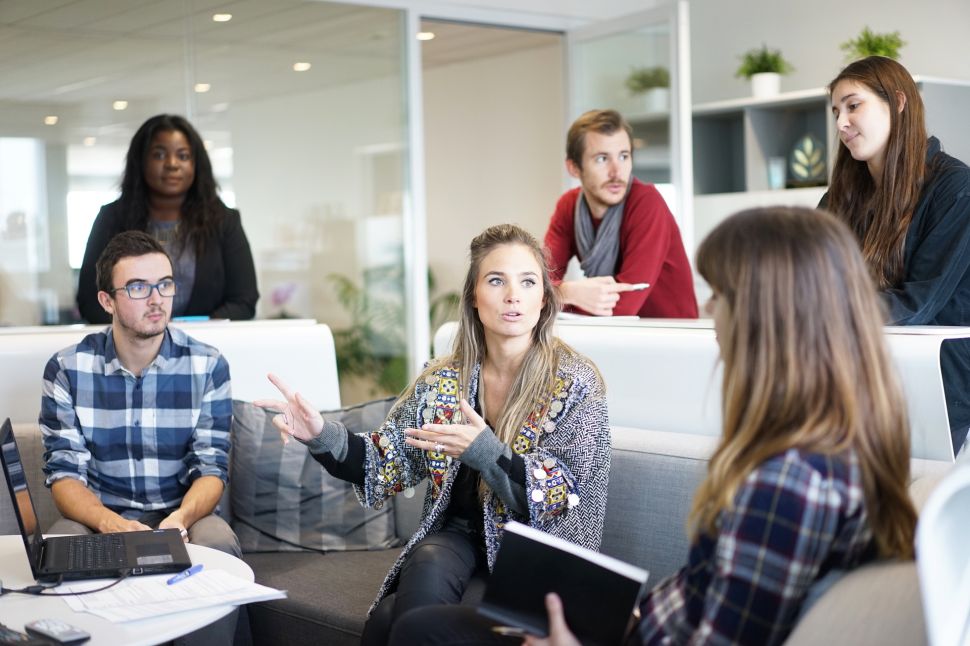