For the English papers, they have long been a reliable bogeyman. They call them Scroungers, Welfies, Benefit Boozers, Sick Note Cheats and a dozen other colorful monikers. These are the supposed army of layabouts who spend their government check at the pub, the whole time having a good laugh at the working stiff suckers who toil away to provide their lifestyle. Tales of their alleged excesses seem to fill every other inch of Rupert Murdoch’s sundry tabloids.

The problem has gotten so bad, it would seem, that it has spread across the Atlantic, as attested by Fox News’s recent coverage of the supposed existence of food stamp fraud. In a much-discussed Fox & Friends segment last week, the network claimed that the government’s Supplemental Nutrition Assistance Program (SNAP) lost more than 70 million dollars to fraud. Indeed, anchor Brett Baier promised to get to the bottom of what he called “The Great Food Stamp Binge.”

Well, good luck with that, Brett. Just as is the case with the overwrought stories in Blighty, the Fox news story proved largely—no, make that entirely—inaccurate. Not only is $70 million less than 1 percent of SNAP’s budget, that number seems pretty much made up. To its credit, Fox issued an apology and pulled the story from its website, claiming correctly but in odd terms that “food stamp trafficking is on the decline.” (Don’t worry; if you’re still jonesing for examples of this false story line, there are a ton of Sun and Mirror “scrounger” stories still floating about in the ether.)

While Fox’s mea culpa may be admirable, it’s not like the news channel will follow up by telling a real story about one of the millions of Americans whose lives rightfully benefit from the food security safety net. With Jon Stewart out to pasture—the hypocrisy of Fox News’ take on food assistance was a favorite topic of The Daily Show host— the food-stamp-users-as-cheats narrative is the only play that users of government assistance will likely get nationally.

Unless of course, you are a devotee of art house cinema. That is where master filmmaker and democratic socialist provocateur Ken Loach is exploring this precise topic in I, Daniel Blake. The 80-year-old director’s 26th film and his second to win the Palme d’Or at the Cannes Film Festival in the last decade, the film tells the simple and direct story of the title character, played with almost depthless humanity by stand-up comedian Dave Johns, and Kate (Hayley Squires) a single mother he meets while negotiating the labyrinthine bureaucracy that is government assistance. Dan is a widowed carpenter who despises charity and the mere idea of living off the dole, but he has no choice because his doctor won’t allow him to work because of a recent heart attack. The absurd and demoralizing hoops he has to leap through to collect enough money to stay fed and keep his flat heated seem much more likely to kill him than a day’s work.

“This has gone on with hundreds of thousands of people and it’s been happening almost in secret,” says Loach, whose film has become a small sensation in both his native UK as well as in France. “While it’s been going on, there have been all these stories in the press and programs on television where the poor have been presented as the ones to blame for their position. They are called feckless, not wanting to work, addicts, or people who have too many children. In fact, the overwhelming majority are ordinary people who have had some bad luck. We all paid into the system that’s meant to support us when we need help and right now the government is doing their best to avoid doing that. They have erected a bureaucracy that is there to trap you, and that’s what it does, trap people, and that’s what I think is so intolerable.”

Loach, who was meant to retire in 2014 with Jimmy’s Hall, a historical drama about the founding of the Irish Revolutionary Workers’ Group, was pulled back into the social justice cinema ring by these countless stories in the British media demonizing the poor.

“The press has a political function and that function is to say that poverty is the fault of the poor,” Loach tells the Observer. “Unemployment? The fault of the unemployed. If you haven’t got a job, it’s because you haven’t filled in the right forms, or you missed too many meetings. The bottom line is that the poor are being blamed. Because if the poor are not to blame, then it is the fault of the system, and they don’t want the system challenged. It is like the Emperor has no clothes. Everyone knows that this is happening but everyone has conspired to not to say anything about it.”

It is perhaps for this reason that the film is striking such a chord in the UK, where it has been cited in Parliament—Labour leader Jeremy Corbyn has urged Prime Minister Theresa May to see the film–and used by Corbyn and other Labour party members to drum up awareness of pending cuts to benefits for sick and disabled people. The film also was the top nominated movie at this year’s British Independent Film Awards. The modestly budgeted film, shot in just over five weeks, has also topped 2006’s The Wind That Shakes the Barley, his previous Palme d’Or Winner, as Loach’s top-grossing film to date.

“That is really not saying a great deal to be honest,” Loach says, a nod to the plight of a career social justice filmmaker. “But the response has been extraordinary, and far greater than we had imagined it would be. It has taken our breath away. The best thing is that people have responded to the characters and the people depicted in the film as well as to the idea behind it. If a film is simply propaganda, then it is not a very good film.”

Indeed the film succeeds on the strength of the relationships it builds with incredible efficiency, particularly the platonic and delicate bond forged between Dan and Kate, who turn to each other when they are abandoned by the government that they pay into and the political parties meant to represent them. In the most moving scene in the film, Kate goes to one of the thousands of charity food banks that have popped up around the UK in the last decade and is so overcome with hunger that she eats a can of beans while filling her sack. Dan rushes to her side.

“That happened to a woman in Glasgow—she was so consumed with hunger that she forgot where she was,” says Loach, on the phone from England. “Last year in one group of food banks alone, there were over a million food parcels handed out. Nearly half a million of those are going to children who otherwise would not eat. You’ve got the state just being cruel in a very conscious way on the one hand and you have people with huge generosity and kindness, helping people at the food bank on the other.”

It has been awhile since Loach has spent much time in the United States, but he recognizes a similar social groundwork here as the one that paved the way to Tory rule and Brexit in his own country. And he predicts a similar future for us.

“There are areas of the United States where the old industries have died and nothing has been put in their place,” says Loach. “People are feeling left behind. People are feeling like no one is speaking for them. People are angry at the political machine. But there is no political leadership as yet saying this is how we can make things better. Bernie Sanders obviously had some very progressive ideas, but it is the right wing that tends to get all the coverage. So of course people end up getting behind it. And why not—they have a very simple message: the immigrants are to blame and the establishment is to blame. It is a very simple message and that’s why it is so dangerous.”

Looking to the recent Presidential election, Loach sighs. “Obviously Trump is a businessman and he is going to pursue policies that support big business,” he says. “In the end that will mean cheap labor, lower taxes, and poor public services. It will also result in a very divided society. It is a dangerous moment in history.”

So what the hell to do about it? Well for starters, don’t retire—Loach is already drumming up plans for his next picture. He also suggests scouring the streets for our own Daniel Blake, rather than leaving their stories to be told by the Brett Baiers of the world.

“You have loads of stories like this to tell in America, and this is the time to tell them,” says Loach, sounding more bantamweight boxer than octogenarian. “You have to fight back. That is all that there is to do. They are more afraid of us then they let on. We just have to keep fighting.” 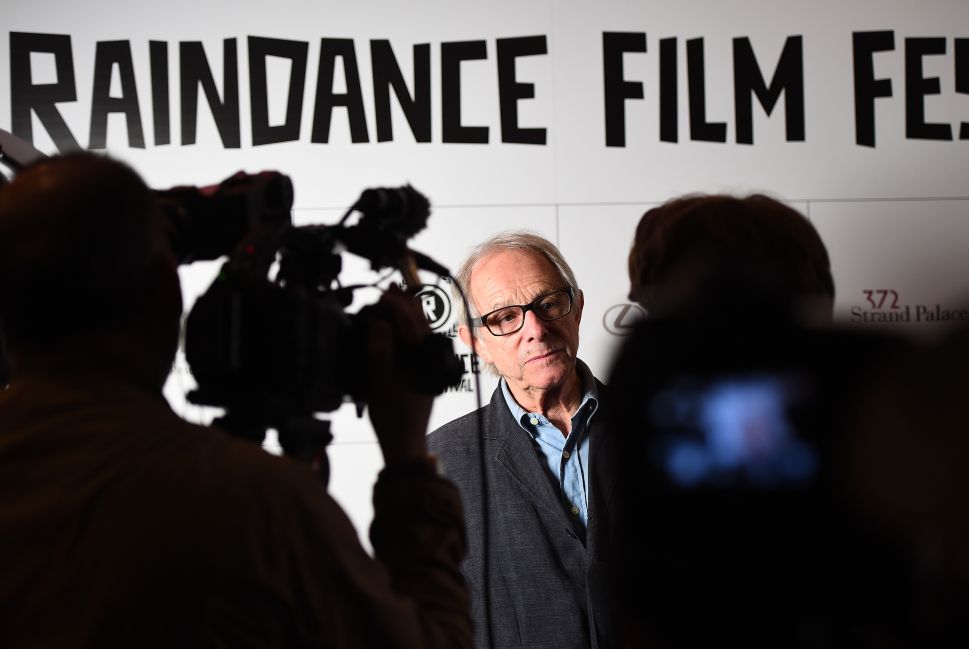