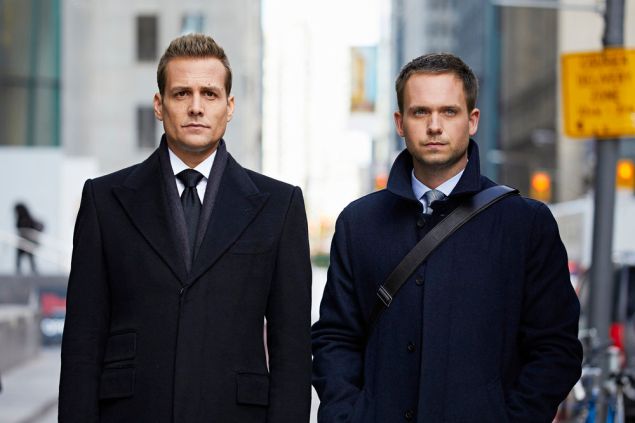 It all began with a lie. A big one.

Back in 2011, Suits, a series about a fake lawyer, hit the air and it’s been going strong ever since.

In the 2011 premiere, hard-nosed Manhattan corporate lawyer Harvey Specter hired the only guy who impressed him — college dropout Mike Ross – to work for his firm. The fact that Ross wasn’t actually a lawyer initially wasn’t a problem for Specter. As they were winning cases, the duo managed to keep their secret – until it all came crashing down, with Mike ending up in prison and Harvey’s firm in shambles.

Gabriel Macht, who stars as Specter, says that the downfall of both Harvey and Mike leads to some drastic shifts in the new season of the series. “What’s happened has created a lot of questions for each character’s growth and journey. We’ve hit a reset button. There’s no big lie that we’re covering anymore, everyone knows that Mike isn’t a lawyer, so we’re heading in an unknown direction, and that’s what makes it so exciting.”

Still central to the show is the relationship between Harvey and Mike (played by Patrick J. Adams) which Macht defines as, “At its core, these are two guys who really trust that they have each other’s best interests in mind. They’re both intelligent, they take big risks and they’re passionate about what they do even though they have different ways of going about it. They’re two sides of the same coin and that’s what makes them a great duo.”

Macht, who worked in film before transitioning to the small screen, says that the difference in character evolution between the two mediums was a bit challenging for him. “When you work on a movie, you know the whole thing – where the character is going, how he’s going to change — from beginning to end. But with this, the character obviously changes more slowly. That was a big adjustment for me in doing this.”

To compensate for this, Macht explains, “I figure that if we’re fortunate enough to have six seasons, I would see seasons one and two as the beginning, three, four and five as the middle and then seasons six, seven and beyond as end. That’s how I’ve tried to plan the arc of the character from my end.”

The development of Harvey has proven to be difficult in some respects for Macht, he admits. “In the beginning, Harvey was an egomaniac workaholic who never showed emotion. Then we started to peel back the layers with him going to therapy and we got to see what was underneath that hard shell exterior. He’s become way more three-dimensional and as that’s been happening, each bit of that reveal becomes a little trickier for me to play, but I welcome it. I love stretching like that.”

But, Macht says that he doesn’t want to know what’s going to happen too far in advance. “I like in the moment and not playing ahead. Would I like to know season eight and nine, or how it will end? Yeah, I’d like to know that. But it doesn’t work out that way. It’s really up to our showrunner. I know what he wants me to know.”

One of the elements of Suits that Macht really enjoys is that he gets to work with his father, Stephen Macht, who’s a frequent guest on the series. He has an interesting take on working as an actor in general, and in working with family. “Well, acting is strange. You put on someone else’s clothes you have to say someone else’s words in complex scenarios. The whole time you’re trying to convince fans that you’re someone else. The whole goal to make it look real. So when you’re acting with friends or family it can be strange, but when my dad comes to set, it’s a privilege. We have pride in each other. It’s a joy to work with him.”

Suits was one of USA networks first original drama series, paving the way for others to follow. About this Macht says, “The network was very ‘blue sky’ programming when we came on and then we went a bit darker. I would say that now we’re a bit of ‘cloudy skies’ and I like that.”

He goes on to tell an interesting story about one of USA’s newest entities, the acclaimed series Mr. Robot. “There was a group of us at [an event] last year and Patrick and I were sitting next to Ryan Phillippe, who’s on the new show Shooter. He went up to Rami Malek, the star of Mr. Robot, and said to him, ‘I’m doing my show because you’re doing your show.’ I didn’t say anything, but Rami jumped in and said, ‘I’m doing my show because of these guys, as he’s pointing at Patrick and me. It was a great moment.“

Speaking about Suits at this stage, Macht says, “If you look at the broad spectrum of shows, there aren’t that many that have lasted as long as we have, and there’s gotta be some reason for it. I think it’s because people see themselves in these characters in that we all make mistakes, we all get pissed off at family and friends, and stuff like that. Everyone in life is making it up as they go, that’s what our characters do and I think people watching can related to that.”

Although he’s not anxious for the series to end anytime soon, Macht does have some ideas about what he’ll do after Suits wraps for the final time. “I don’t have a concrete plan but I would like to direct more television, do some theater and travel. There’s a piece of me that wants to buy a big campervan, homeschool our kids, and go on a big Captain Fantastic-like journey. I wouldn’t go exactly that far, but that’s the idea.”

For now, he’s basking in the glow of his current journey as he says, “I’ve done more than 100 episodes of this show and I’m proud of that. I’m happy that we’re still challenging ourselves and that people continue to like the show. If we go on a few more years and give the fans what they want, well, in my book, that would be just fantastic.” 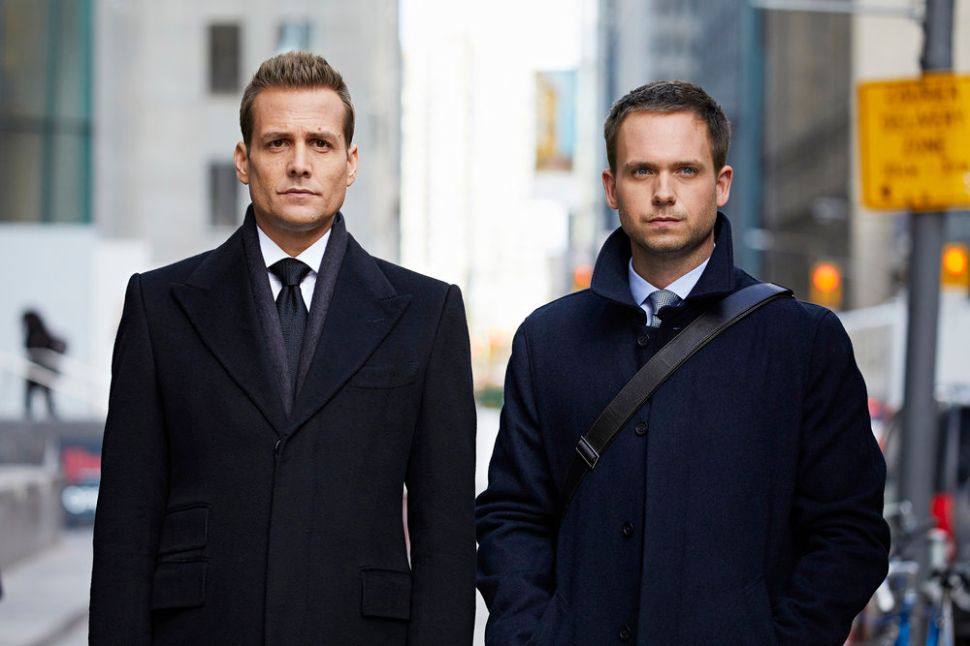