Bitcoin’s price has gone crazy, but the price of mining with the leading company has stayed flat. Sort of.

The last time I wrote about bitcoin, when Charlie Shrem spoke about his new venture, the price for one bitcoin was about $740. That was up a little bit from a month before, the morning after the presidential election, when the price sat at about $721. That’s up a fair amount from this summer, the last time I wrote about Genesis Mining, the world’s leading bitcoin mining operation. At that time, digital currency was selling for about $667, which is way below where it was this time last year, around $440.

Right now, one bitcoin costs $1137, beating its all time high from November 2013. The digital asset has been going steadily up since May, but its price hit a hockey stick just before Christmas. What hasn’t increased? The price to virtually mine cryptocurrency with Genesis Mining, the world’s biggest mining operation, based in Iceland.

The company’s CEO, Marco Streng, said that demand for hashing power inside the company’s farm of mining servers has doubled since the price spike began, yet the company has kept its prices flat. “We made a promise,” Streng said, “We are not pricing our hardware based on opportunity.”

Right now, a person can buy two gigahertz-per-second (GH/s) of mining power for $30. It will run as long as its profitable to run, and Genesis will carve out a maintenance fee from your crypto income as it goes. While the price of bitcoin may be all over the place, the company’s input costs to mine it are pretty fixed, made up of equipment, staff and electricity. Since it gets its electricity from Iceland’s natural resources (hydro and geothermal), those prices don’t really oscillate. Users that spend a lot more get more GH/s for their dollar.

Streng said his team is working overtime to make sure there is enough equipment online for people to buy into.

Quick refresher: mining is just a metaphor. The bitcoin system encrypts blocks as they get made and bitcoin gets released to miners that crack the code. It’s a way to fairly control the creation of bitcoin. You pay for code-cracking power.

So, on its face, it might seem like mining is a neat trick. You can get in on bitcoin at the same price now as you could back in May, when it was much cheaper.

Not so fast, though: every additional machine added to the system reduces the total share of the pie. That pie does not change, at 1800 new bitcoin every day. As more machines come on the system, the hashing difficulty increases. So you get in at the same price, but January’s GH/s don’t go as far as May’s did.

See what I mean? It’s the same price. Mostly. It’s like the price of gas didn’t change, but all the roads got longer.

The Merkle did a nice break down on the pro’s and con’s of mining. If you do it, you might get some bitcoin. If you just buy bitcoin, you definitely get bitcoin.

The question is whether or not now is the right time to get in.

Streng gave this explanation for the currency’s exploding price, saying “I think the major reason is people seeing a growing confidence in blockchain and bitcoin especially.” We see that, for example, in the growing interest of state regulators in addressing cryptocurrency.

We recently reported on legendary VC Fred Wilson’s take on bitcoin. That investor believes that bitcoin represents the idea the internet had been waiting on: digital native money. Yet he also said last year that it was the dumb money chasing blockchain.

The New York Times did a story connecting bitcoin’s rise to global trends, such as Venezuela’s tanking currency and paper currency woes in India. In particular, it argues that much of the activity is in China and looks speculative. What we aren’t seeing are actual applications of bitcoin, like what Ripple is doing using XRP to settle accounts.

In fact, in the middle of all this bitcoin mania, Coinbase co-founder Brian Armstrong came out with a surprisingly sedate post on Medium, where he emphasizes his company’s growing attention to other cryptocurrencies. One would think the founder of one of the most widely used coin wallet’s would take advantage of this moment to tell everyone that his service is the easiest one to use if they want to get in on the crypto spike.

What [bitcoin] has not become is a scalable payment network (with lower fees, faster confirmation times, and higher throughput). I’m skeptical that it will be able to make this leap (even with new developments in the pipeline). Federated protocols seem to evolve slowly. This initially saddened me because I think an open payment network is where the greatest potential lies for digital currency to improve the world (hence our mission at Coinbase: to create an open financial system for the world). But I’ve come to accept that Bitcoin may not fill this role, and that is ok.

Ooph. Whoever Satoshi Nakamoto actually is, he felt that. Even Streng acknowledged that there is not a lot of bitcoin available on the sell side. If it’s only getting bought, then it’s not getting used. So what happens after everyone who wants to buy some bitcoin has bought it?

This is the question for every investment. When an asset’s price goes up, it could be the new normal or the holders could just be the waiting for the last fool. We’ll only know in hindsight. At this point, it’s a fair bet that Satoshi’s inventions are here to stay, but there are a lot of ways to bet on them and the question is whether or not mining—or even bitcoin itself—is the right one. 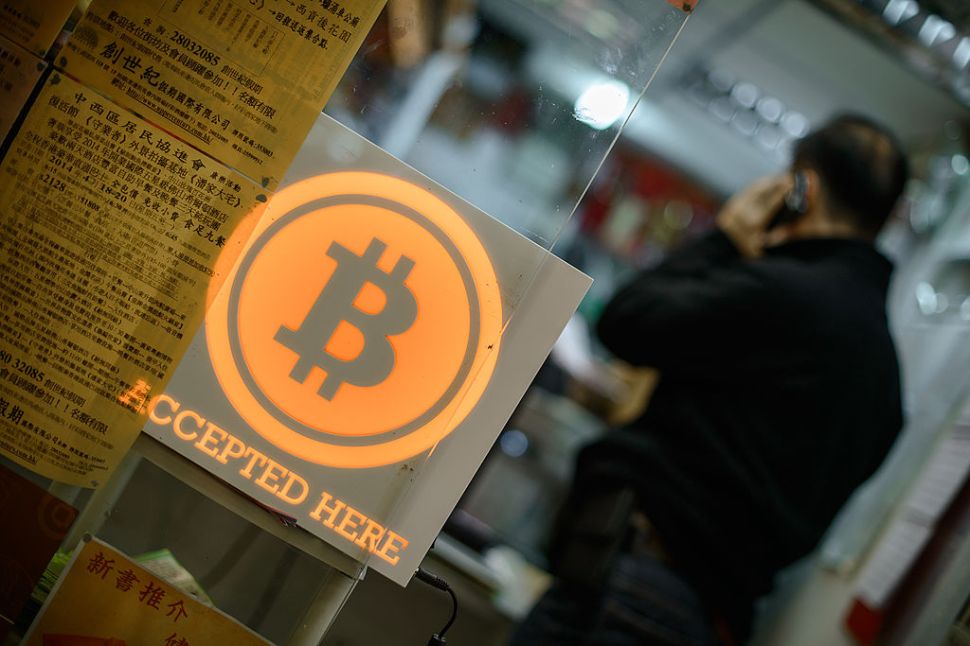