The Golden Globes are always a mix of the ridiculous and the sublime, and the trend continued this year—last night’s three-hour telecast featured both stars hilariously flubbing film names and an impassioned political statement from one of Hollywood’s biggest stars. And as always, Twitter users couldn’t get enough of it.

The fun started even before the show began, when NBC News reporter Jenna Bush Hager interviewed Pharrell Williams on the red carpet. Williams was nominated for composing the score of the movie Hidden Figures, but Hager said “Hidden Fences” (Fences was another of last night’s nominated films). Michael Keaton made the same mistake while presenting an award during the actual show.

#HiddenFences: A Photo Essay on Dealing with White People in the Workplace pic.twitter.com/ItaYQbaaxO

Well I for one hope they find those fences.

spoiler alert: in the end they find the fences.

Hager apologized for her error on this morning’s Today show, though Keaton hasn’t commented further.

The Golden Globes moment that got people talking the most, however, was when Meryl Streep received the Cecil B. DeMille Award for Lifetime Achievement. Without mentioning President-elect Donald Trump by name, she talked about how much she was bothered by his imitation of disabled New York Times reporter Serge Kovaleski.

“Disrespect invites disrespect; violence incites violence,” Streep said. “When the powerful use their position to bully others, we all lose.”

She then praised journalists, specifically the Committee to Protect Journalists, for their work holding the powerful accountable around the globe.

She said what so many people in that room want to say.

I love Meryl Streep. I love her work. I love her ownership of her status. I love her for giving this speech. I've got nothing else to say.

For his part, Trump tweeted this morning that Streep was “one of the most over-rated actresses in Hollywood” and “a Hillary flunky.” 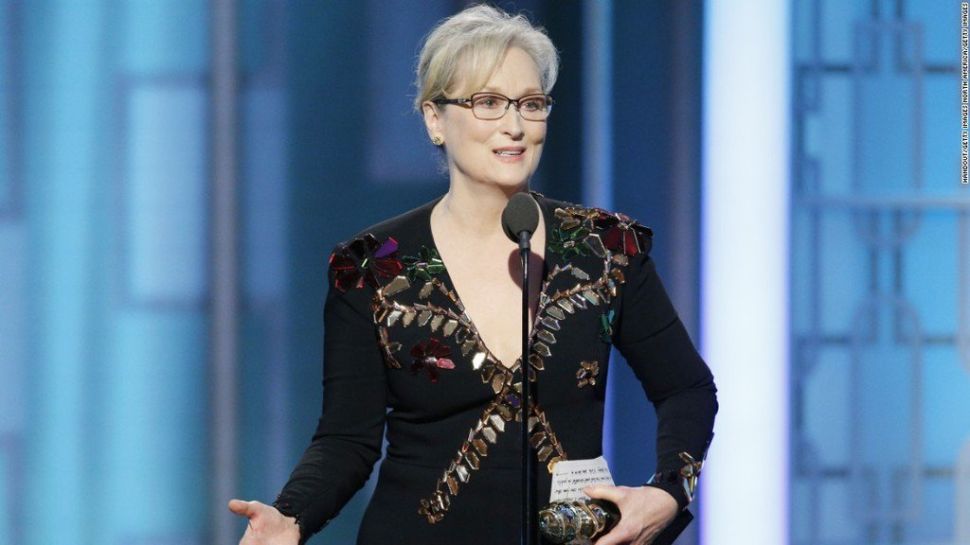