When will President Trump tweet about this Google Doodle? Google

The doodle, by artist Sophie Diao (herself a child of Asian immigrants) marks the birthday of Fred Korematsu, a Japanese civil rights activist who would’ve turned 98 years old today (he died in 2005). Korematsu is most famous for protesting the internment of Japanese Americans during World War II—President Franklin Delano Roosevelt issued the executive order creating the camps shortly after the Japanese attack on Pearl Harbor.

Korematsu fought the internment order, changing his name to Clyde Sarah and passing himself off as a Spanish Hawaiian—at his girlfriend’s suggestion, he even underwent plastic surgery on his eyelids to look more Caucasian. He then went into hiding in Oakland, California.

After Korematsu was arrested, the American Civil Liberties Union (ACLU, which also filed the lawsuit against Trump’s Muslim ban this weekend) offered to take his case so as to test the legality of the internment. He was convicted, placed on five years’ probation and forced to work as an unskilled laborer in Utah—the verdict was upheld by the U.S. Court of Appeals and the Supreme Court.

But that wasn’t the end of the story—in 1976, President Gerald Ford formally terminated Roosevelt’s executive order and apologized to all Japanese Americans, and a 1980 investigation found that the camps were a symptom of “race prejudice, war hysteria, and a failure of political leadership.” Finally, in 1988 President Ronald Reagan signed the Civil Liberties Act, which awarded $20,000 in financial compensation to each surviving detainee ($1.2 billion in total).

Korematsu was also vindicated when his conviction was overturned in 1983 (though the Supreme Court’s decision was never reversed). “I would like to see the government admit that they were wrong and do something about it so this will never happen again to any American citizen of any race, creed or color,” he said at the time.

Shortly before his death, Korematsu spoke out again in defense of Middle Easterners imprisoned in Guantanamo Bay, Cuba. He warned the U.S. government not to repeat the mistakes of Japanese internment.

Many people on social media saw parallels between Korematsu’s story and the protests against the Muslim ban:

The Google doodle today celebrates the birthday of Fred Korematsu, the namesake of the 1944 SCOTUS case challenging Japanese internment. pic.twitter.com/BKrzGS2ZXT

Not every tech company is being celebrated for its activism—Uber was accused of profiting off a taxi driver work stoppage during the protests this weekend. 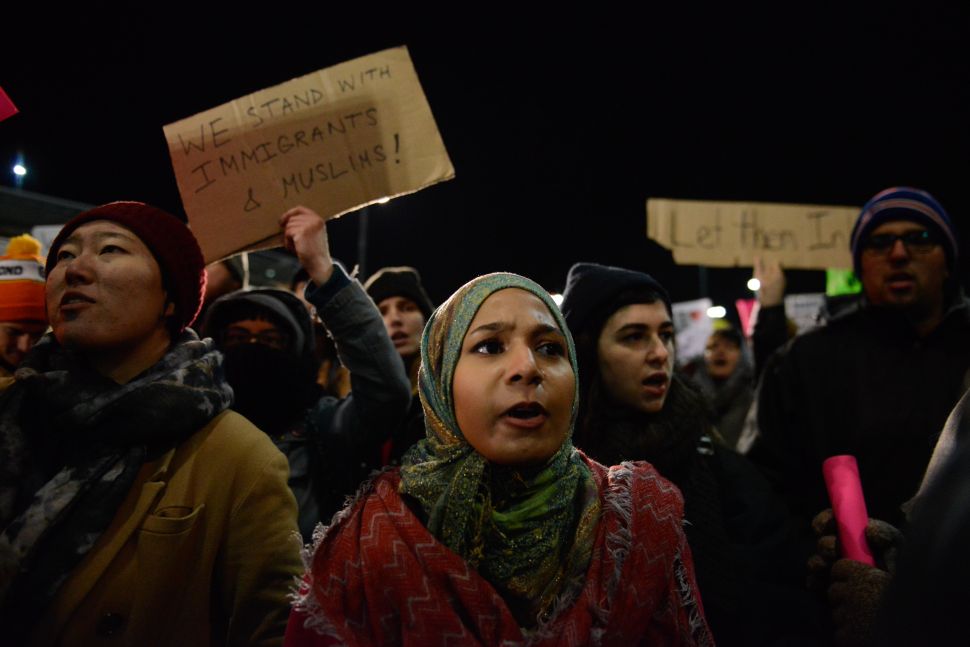