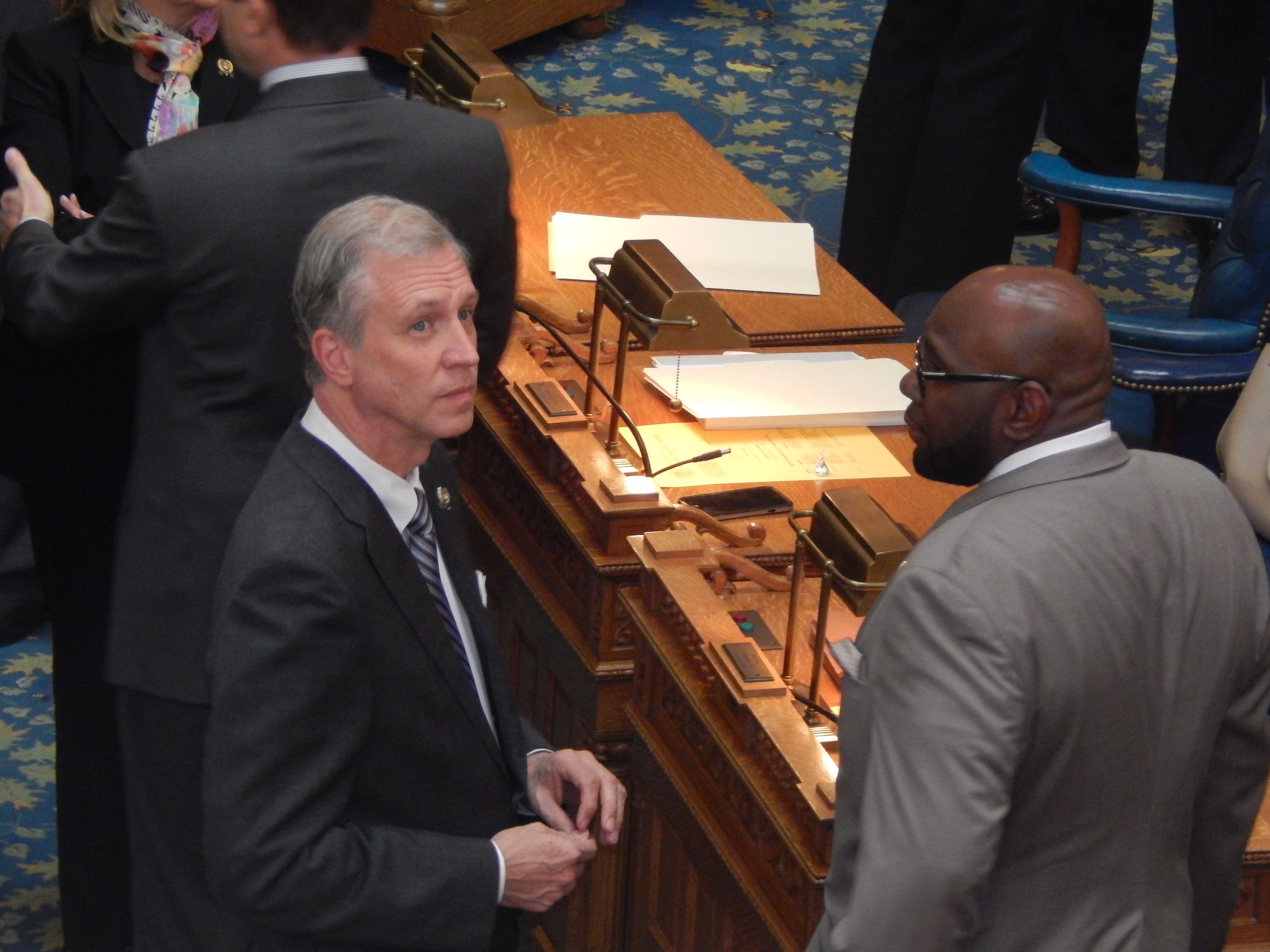 Wisniewski is a declared Democratic candidate for governor in NJ’s 2017 race. Max Pizarro for Observer

On Friday, Wisniewski will begin a series of four town halls throughout New Jersey in order to interface directly with voters. Those events will be held on Friday at 6 p.m. at Bergen County Community College in Paramus, Saturday at 6:30 p.m. at the Raritan Bay Area YMCA Theater in New Brunswick, Sunday at 12 p.m. at Hudson County Community College’s Journal Square Campus in Jersey City, and a second Sunday event at 6:30 p.m. at The Cheese Cave in Red Bank.

According to Wisniewski Communications Director Greg Minchak, Wisniewski plans to discuss how he feels the Democratic primary process in New Jersey has already been unfairly decided for Murphy during his town hall events. On Friday, Wisniewski’s campaign launched an online petition calling on New Jersey’s Democratic party to hold debates between Murphy, Wisniewski and other candidates ahead of the primary.

“He’ll also discuss how he’s now taking on party bosses who want to rig the primary process in favor of a coronation rather than a democratic competition,” Minchak said. “To this end, we expect to run a grassroots campaign that brings in people into the political process, rather than cynical attempts to limit and restrict participation.”

Additionally, Minchak said “this weekend’s town halls are a great way for Assemblymen Wisniewski to hear directly about the issues facing the families and New Jersey.”

Prior to his entrance into the gubernatorial contest, Wisniewski was the New Jersey chair for the Bernie Sanders presidential campaign. His Sunday Hudson County event will be part of Sanders’ National Day of Action called: “Our First Stand: Save Health Care.”

“Assemblymen Wisniewski stood with Bernie last year in his effort to support the working families of this state and is proud to answer his call to discuss the importance of the Affordable Care Act,” Minchak said of Wisniewski’s decision to participate in the day of action with a town hall event. “Over 700,000 New Jersey residents benefit from the Affordable Care Act and it would be catastrophic if its repealed. This is literally a life and death issue. There are people alive because of this bill and we must fight to preserve it.”

In addition to Wisniewski and Murphy, State Senator Ray Lesniak and activist Bill Brennan are also declared Democratic candidates. The primary will be in June. The winner of that race will face off against the Republican nominee in November.