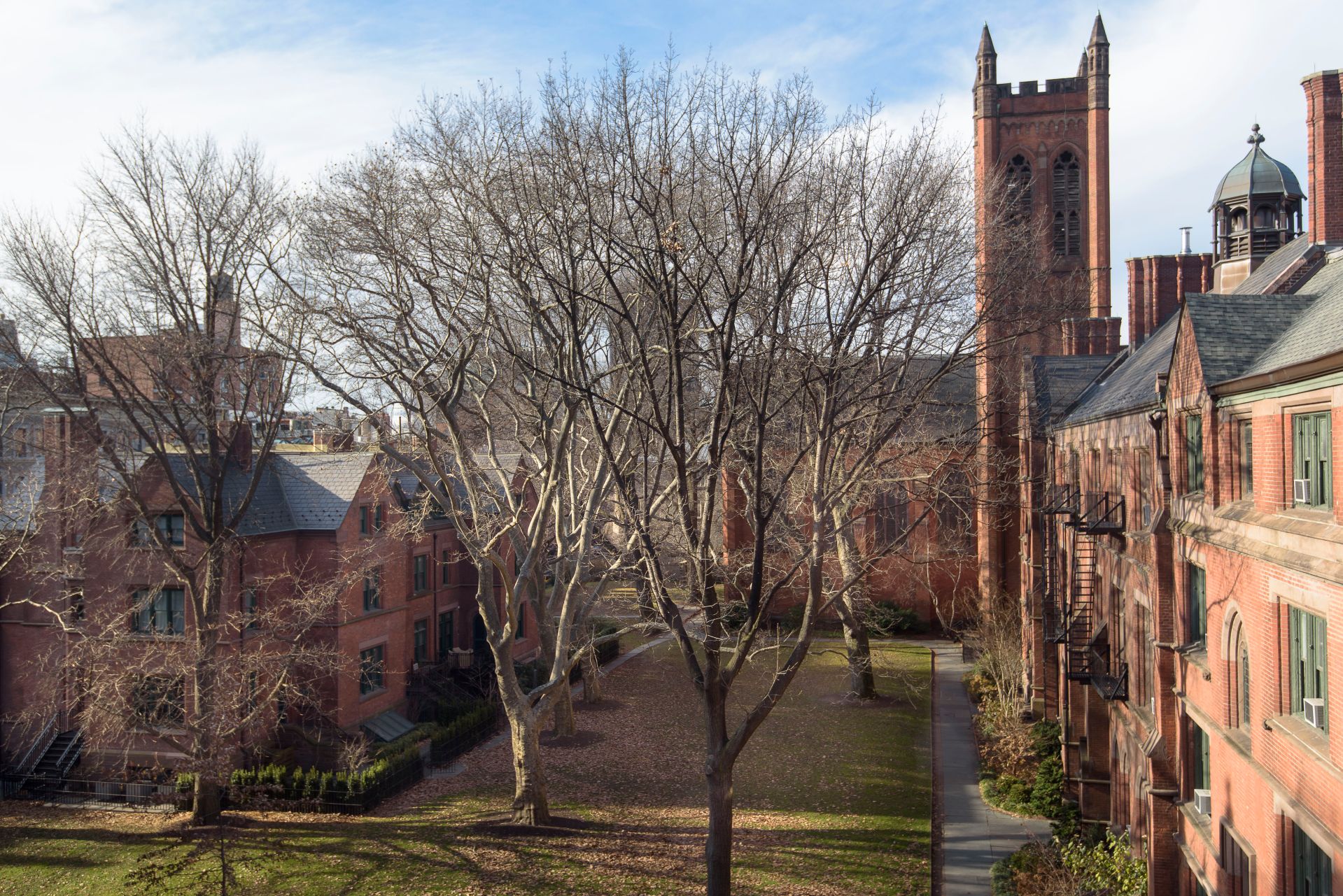 It looks out at Seminary park.
Courtesy The Corcoran Group 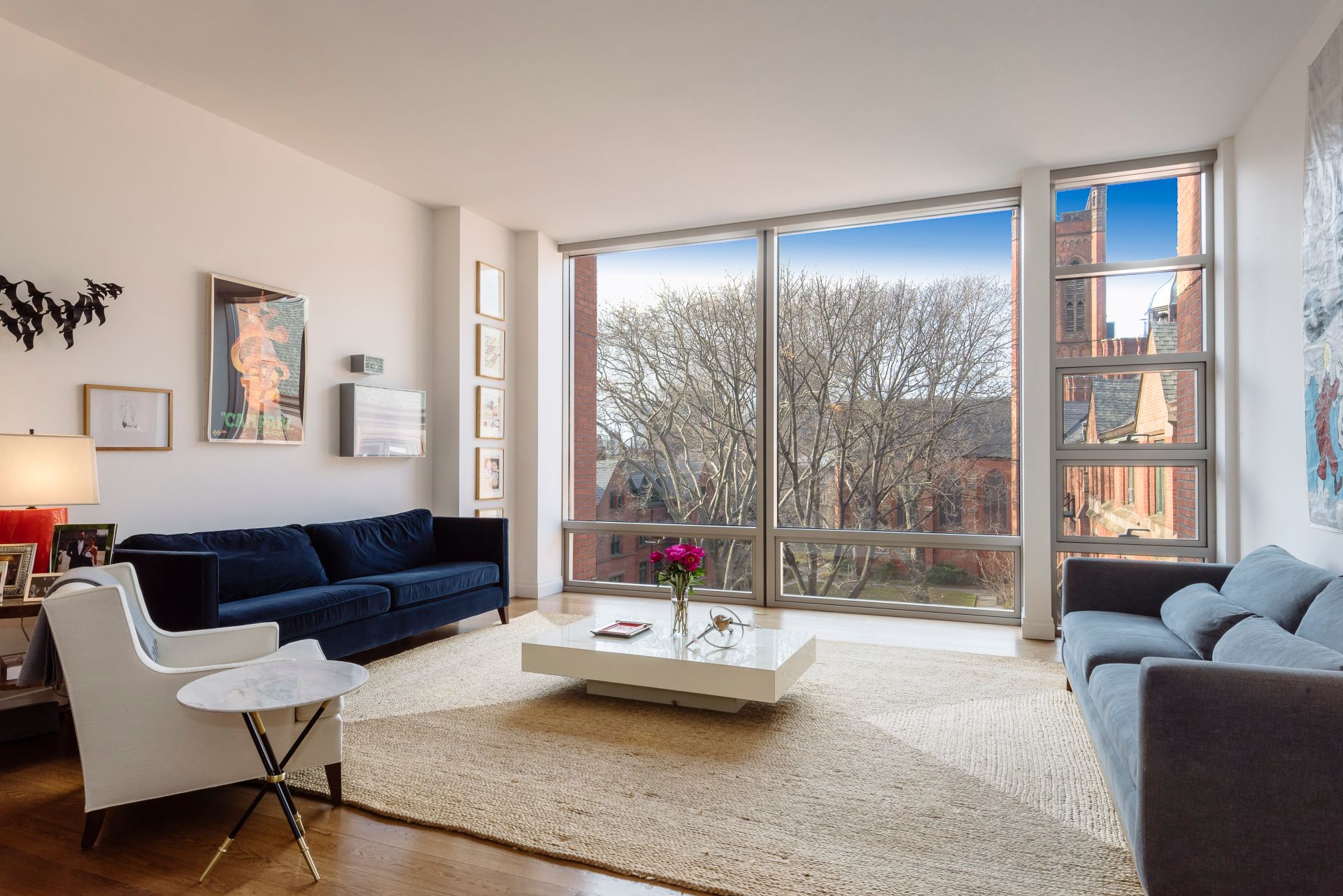 The Chelsea condo once housed a church.
Courtesy The Corcoran Group 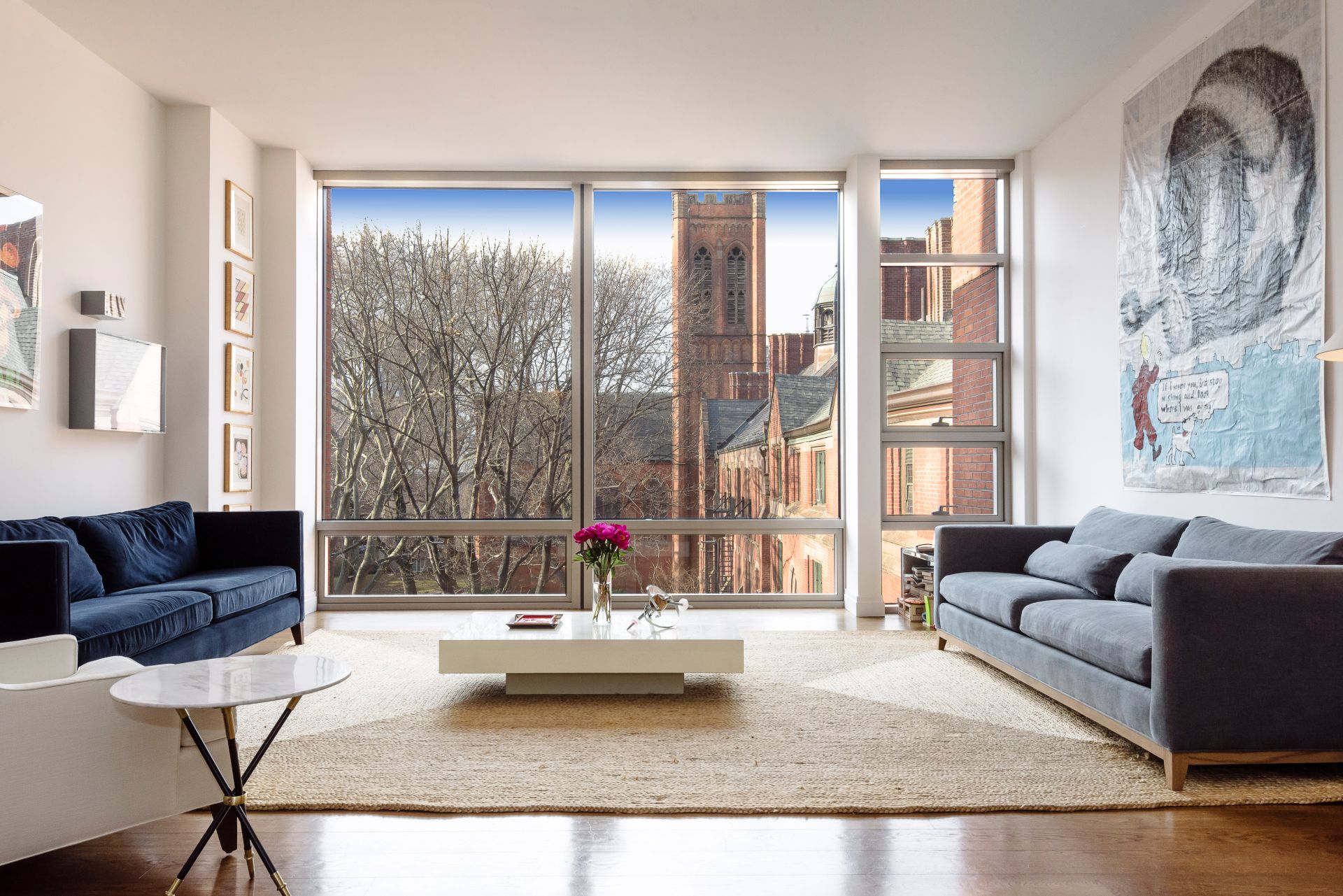 The apartment is listed for $7.35 million
Courtesy The Corcoran Group 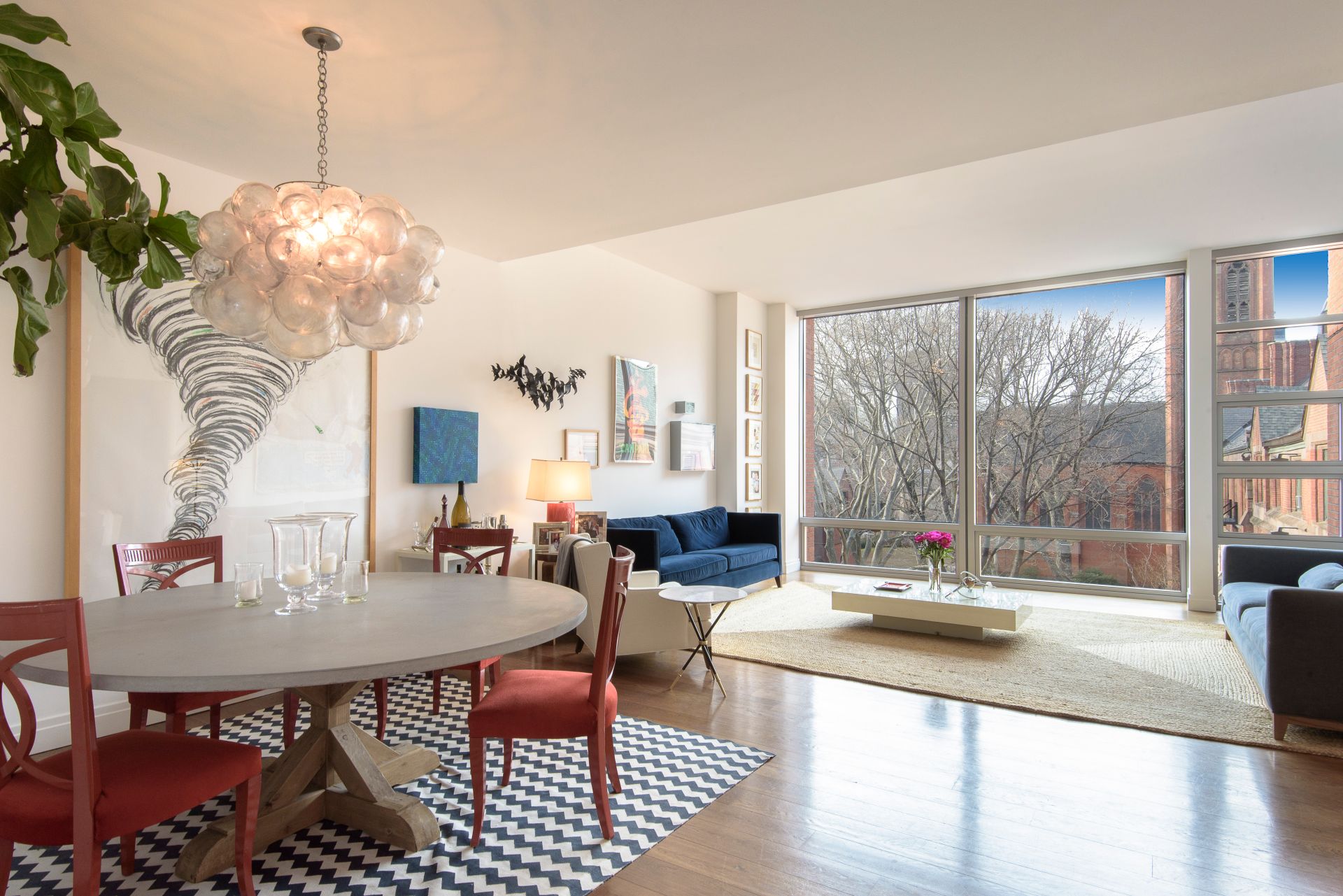 The apartment is on the fifth floor of the L-shaped building.
Courtesy The Corcoran Group
Advertisement 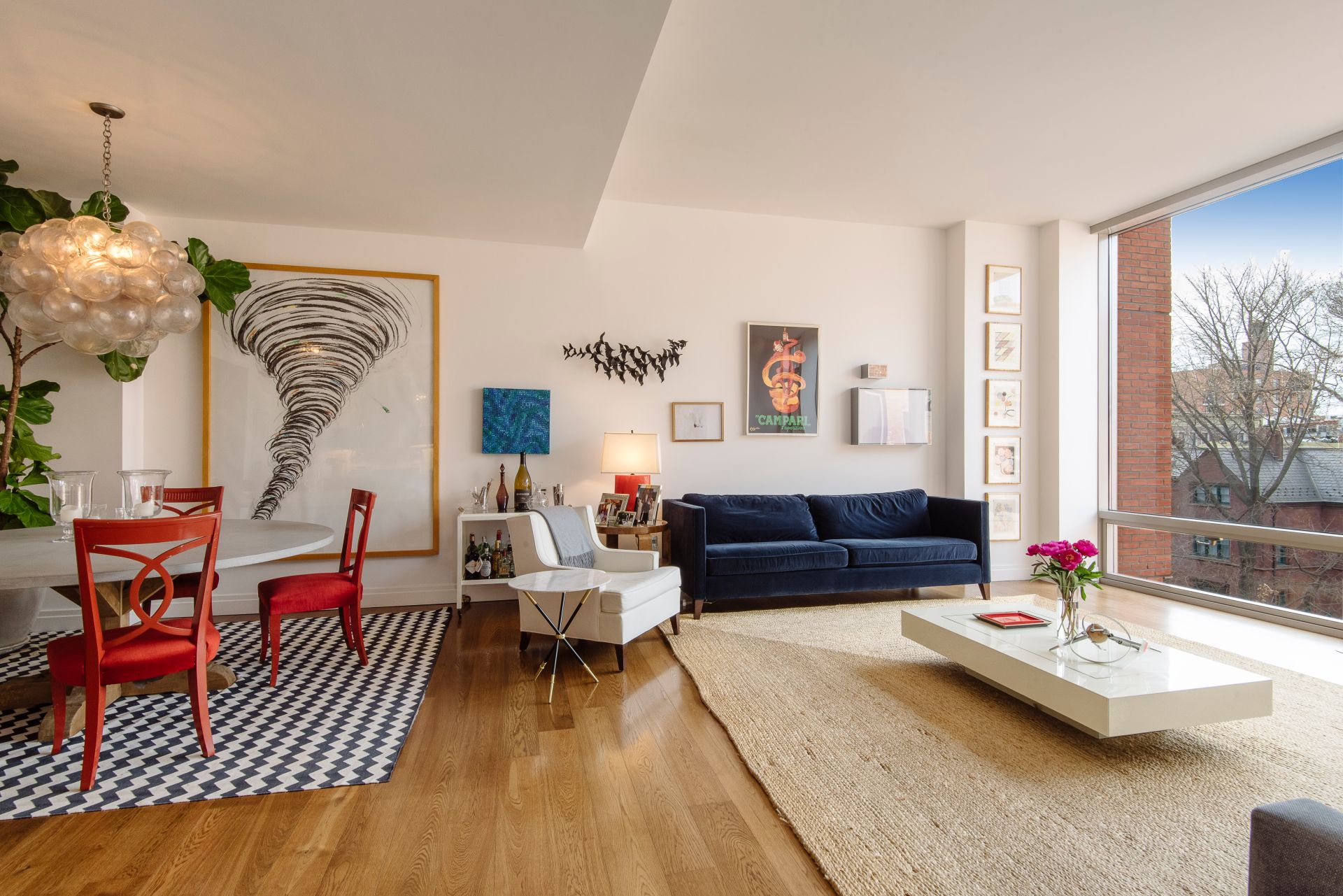 A seminary school is located next door.
Courtesy The Corcoran Group 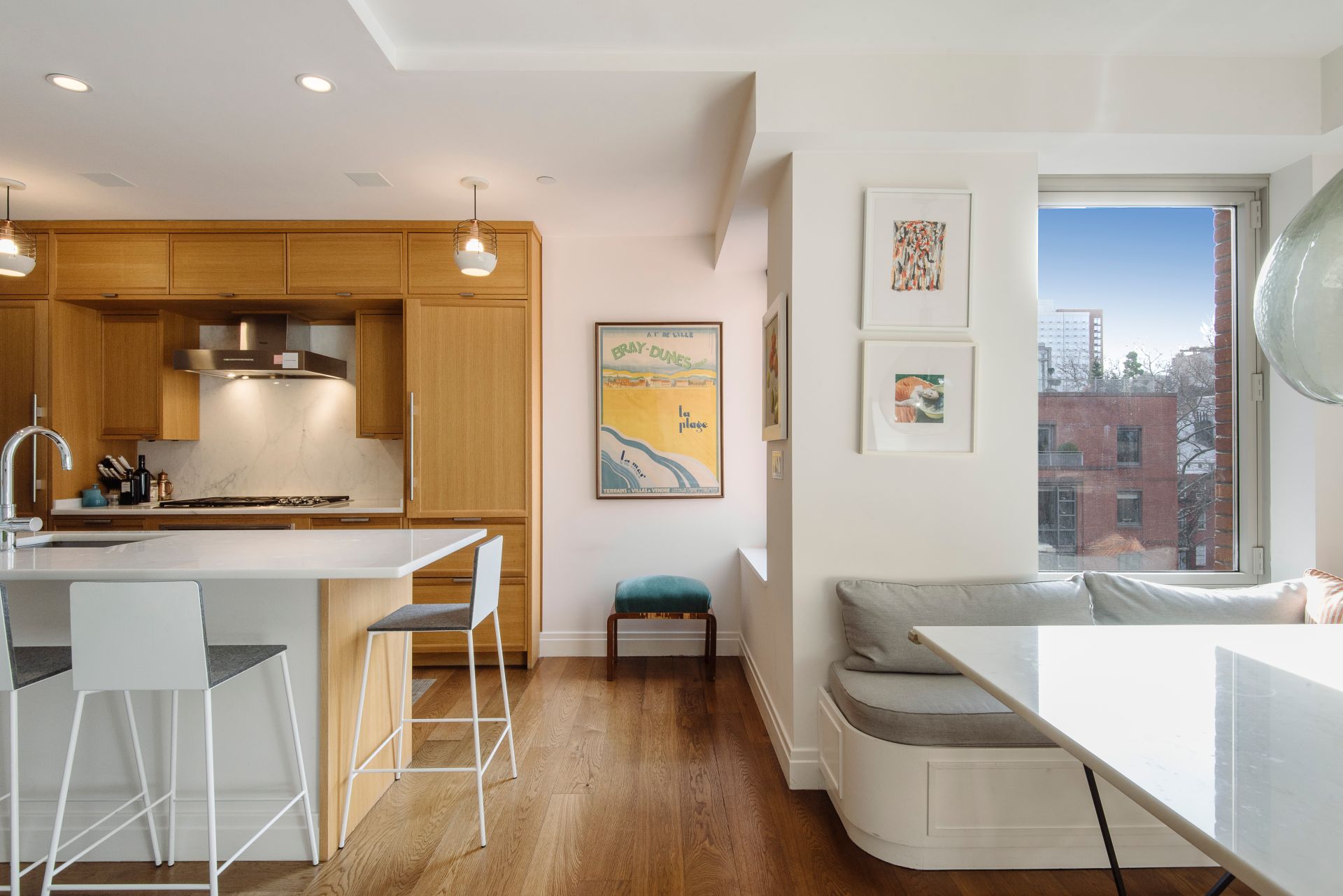 The sellers added a breakfast nook.
Courtesy The Corcoran Group 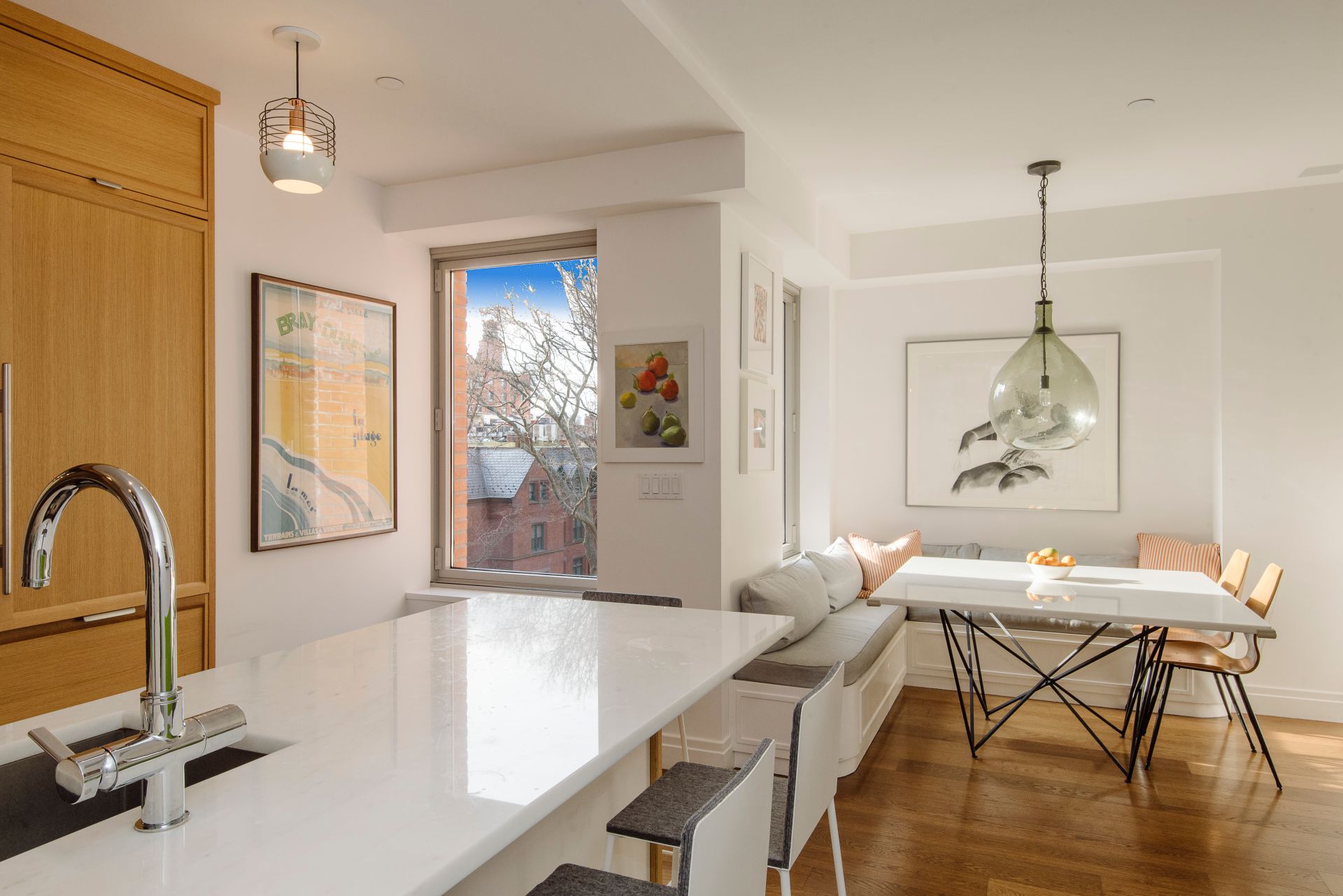 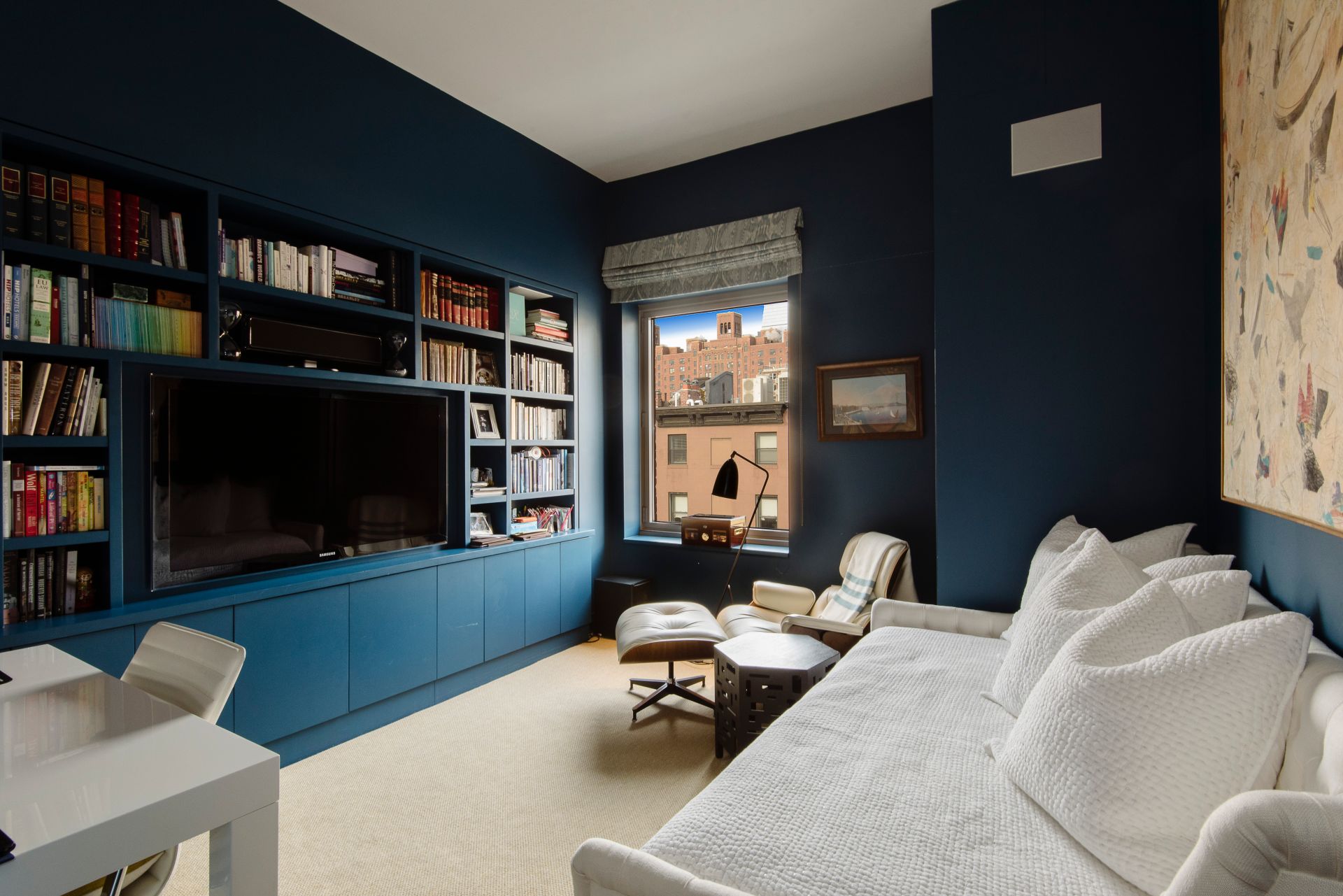 A spare bedroom is converted to a cozy den.
Courtesy The Corcoran Group 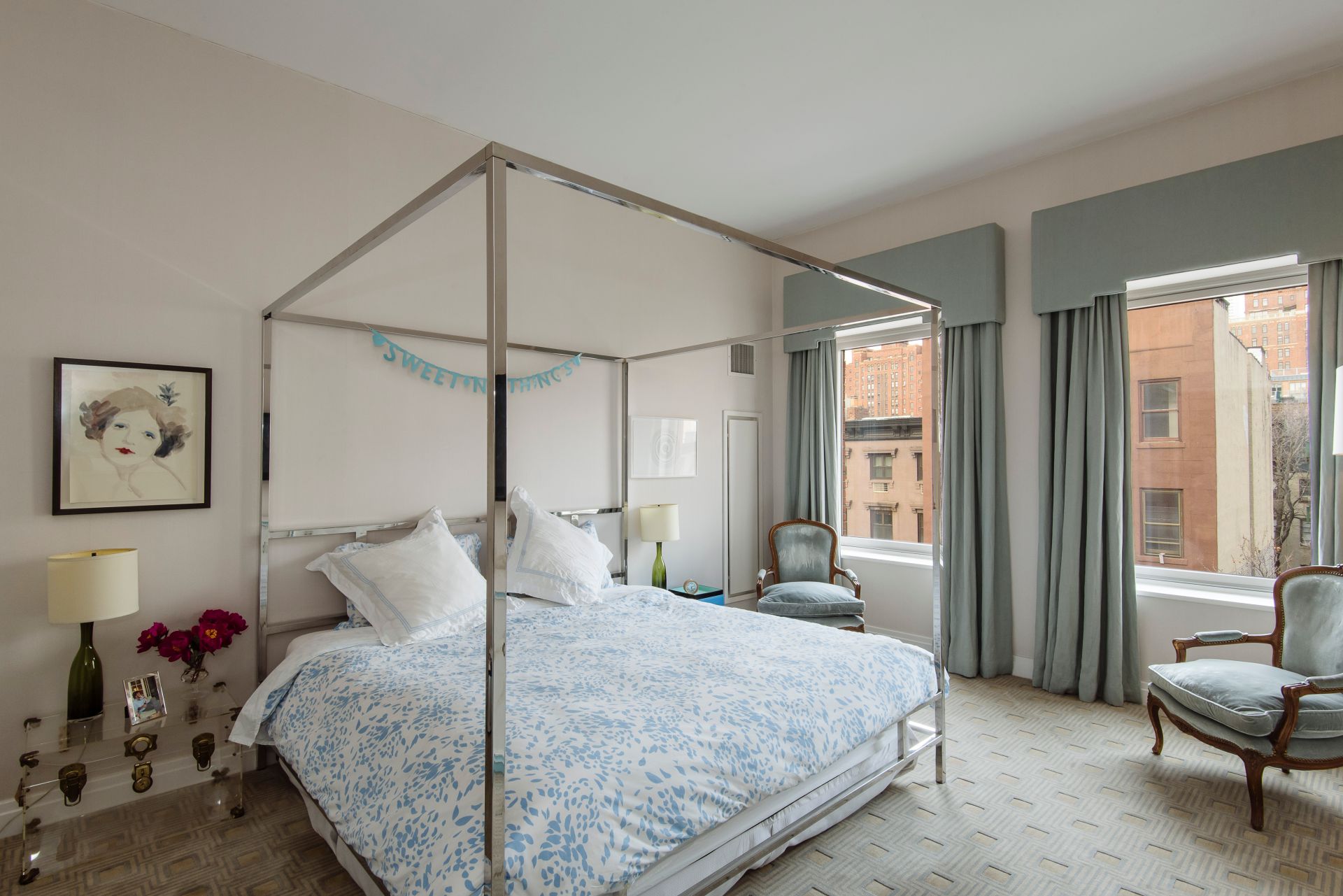 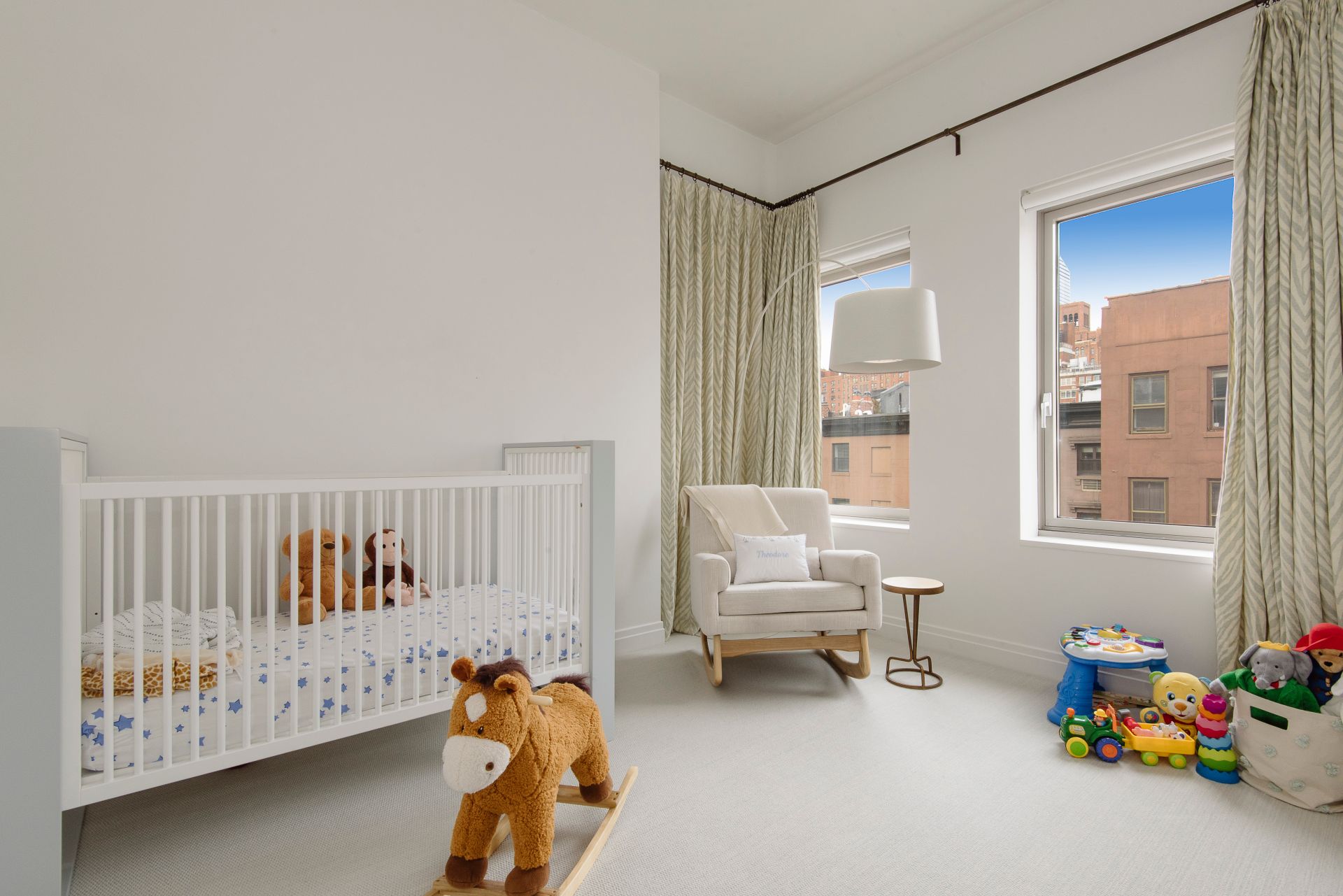 One of the bedrooms is currently configured as a nursery.
Courtesy The Corcoran Group
Advertisement 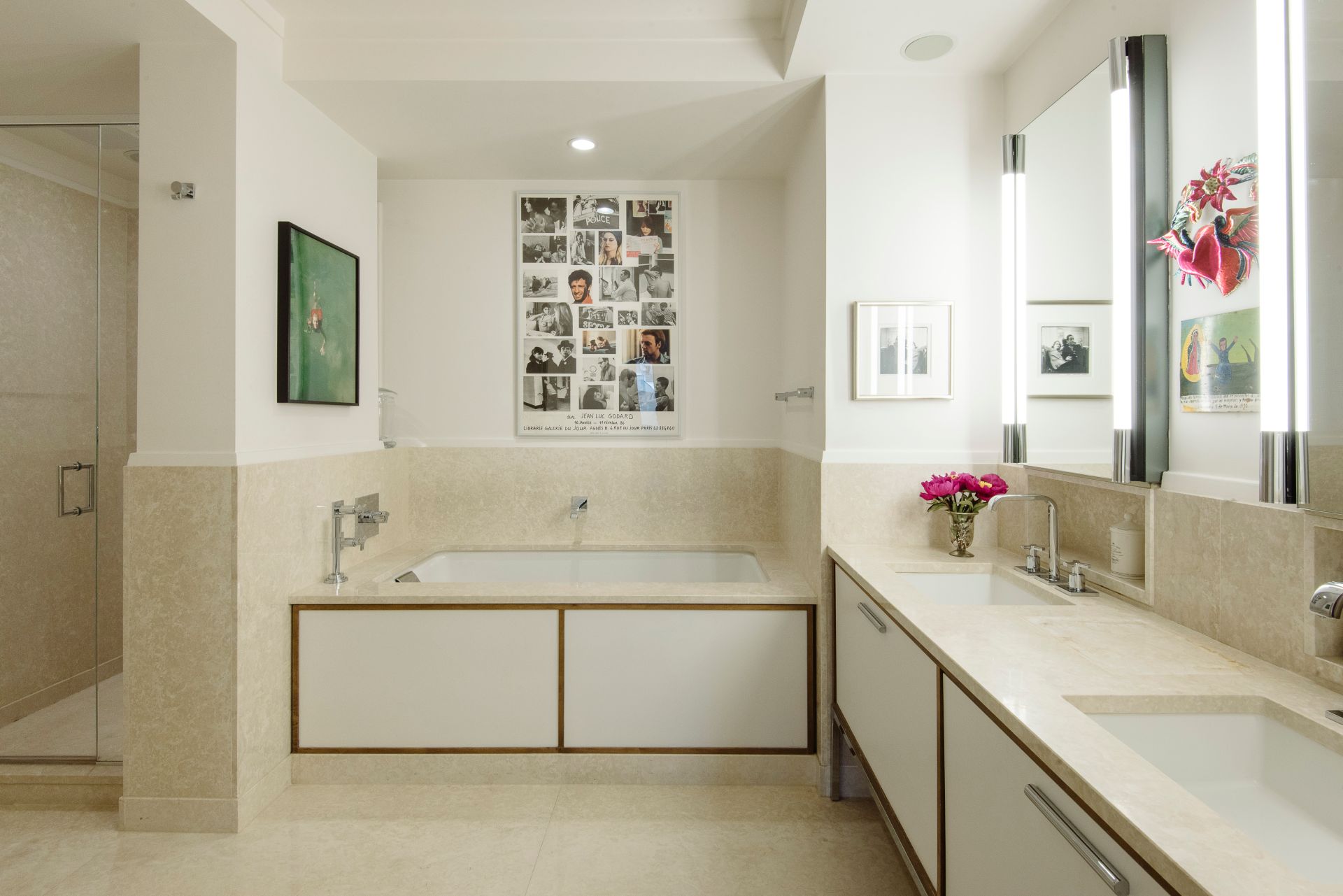 Each bedroom has en-suite bath.
Courtesy The Corcoran Group 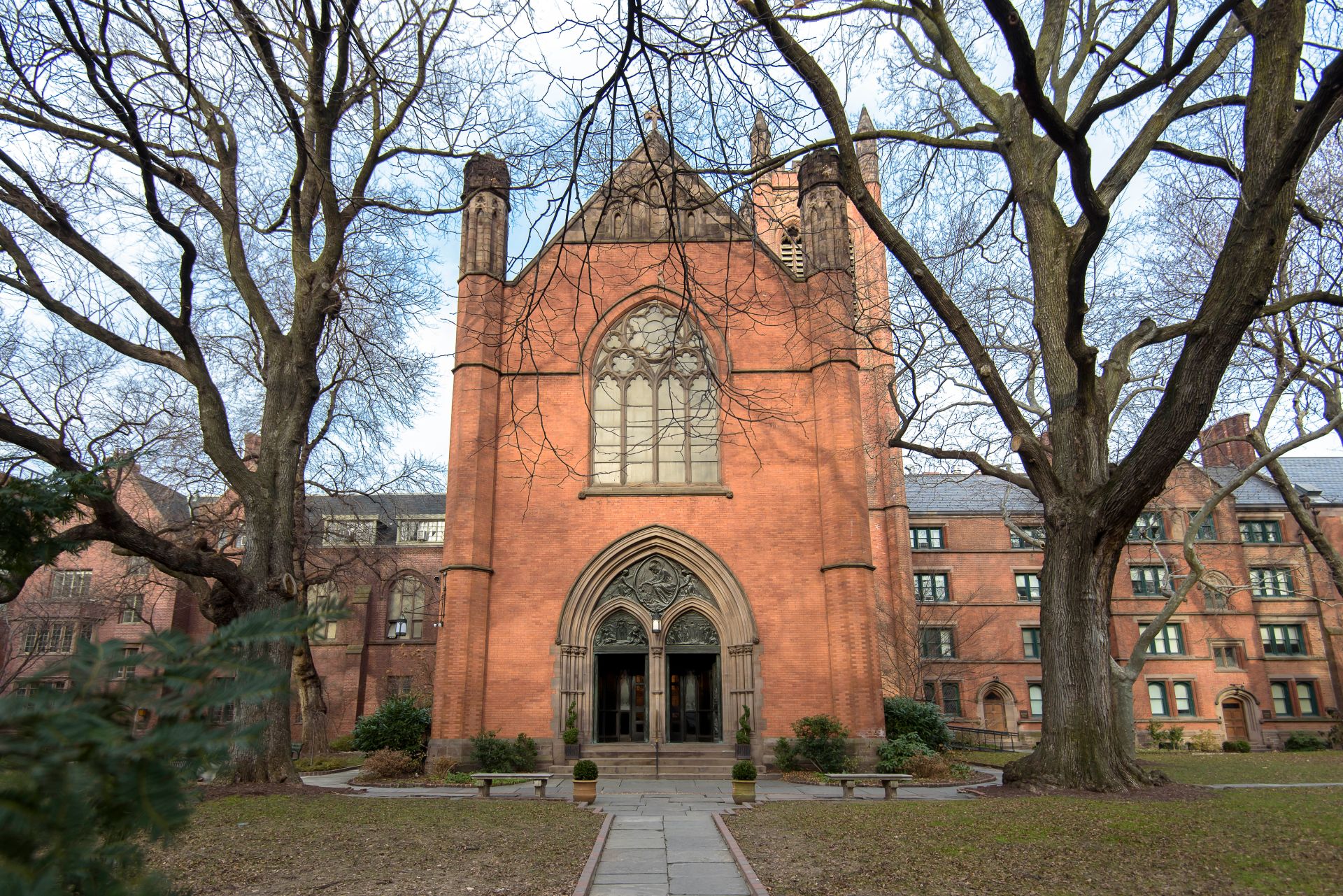 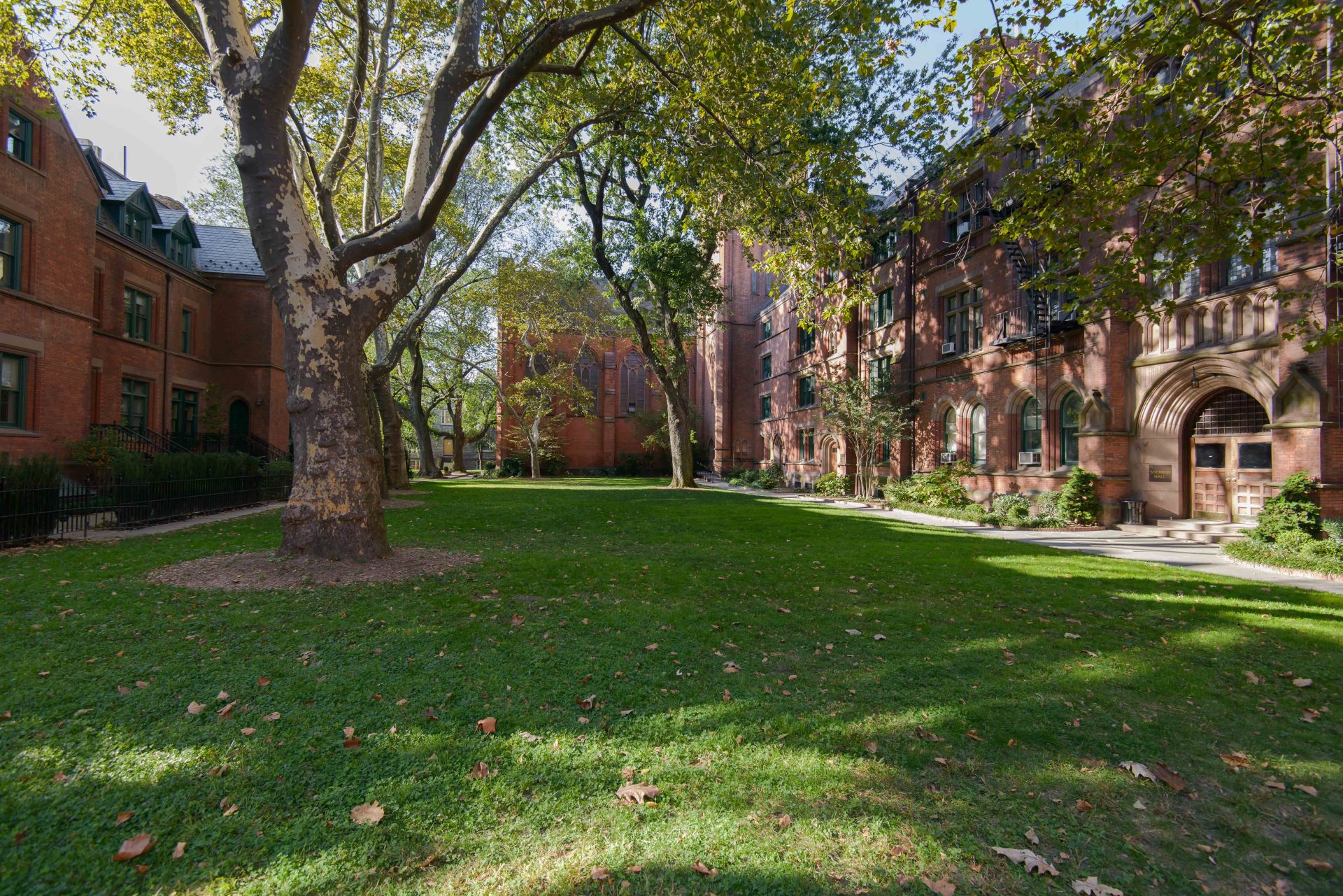 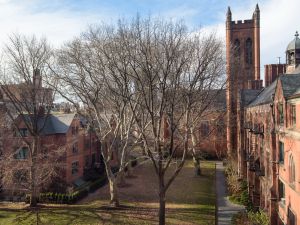 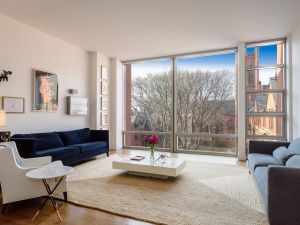 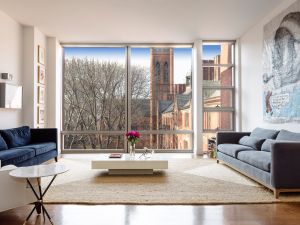 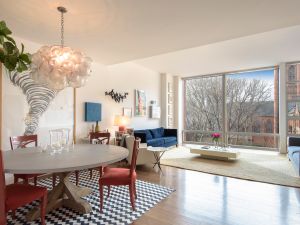 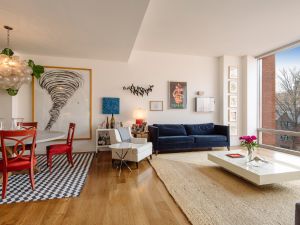 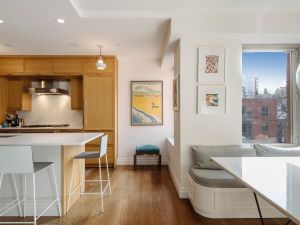 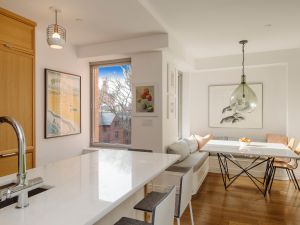 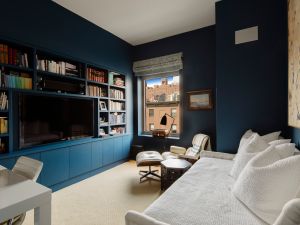 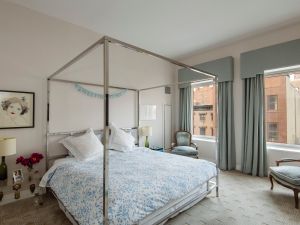 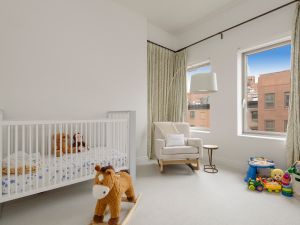 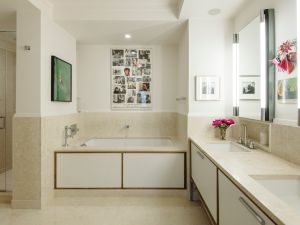 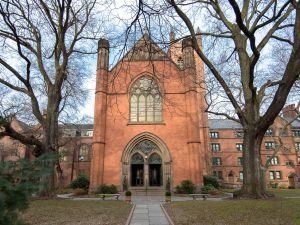 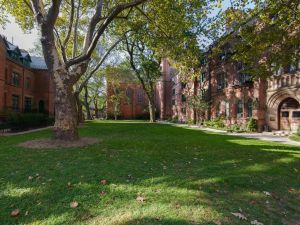 Stepping into a fifth-floor apartment at the Chelsea Enclave, one gravitates toward the floor-to-ceiling windows in the living room.

The 11-foot glass wall looks out at Seminary park, thanks to 177 Ninth Avenue’s past life as a church—the building was partially converted to condos nearly a decade ago.

“The windows make it all the more unique,” said Corcoran broker Chris Kann, of the $7.35 million listing he shares with Robby Browne and Jennifer Ireland.

The condos are adjacent to a “seminary school,” Kann informed us, which also borders the park, as well as a church. “It was actually modeled after one of the churches in Oxford,” explained Kann. “It really feels like you could be in England,” he enthused, perhaps particularly so due to the rainy, dreary day outside.

Aside from its previous holy nature, the 2,270-square-foot home has plenty of other attributes. The windowed kitchen, with Wolf, Bosch, Miele and Sub-Zero appliances, includes a separate breakfast nook and faces south and west. “The sunsets when you get home, cooking dinner, are to die for,” Kann said.

One of the three bedrooms is in use as a carpeted nursery, with en-suite bathroom equipped with a tub and custom wood vanity, as well as limestone floors. “It’s looking over 21st Street, north—it’s super quiet,” said Kann.

The final bedroom, with en-suite bath, is currently configured as a den, with a built-in entertainment center and bookshelves Kann assured us “could be moved out, so you get another foot of space.”

“I think this is conceivably the nicest building in Chelsea, in terms of atmosphere,” Kann opined, walking back toward the living room.

“I was here last week, on a gorgeous sunny day,” Kann said, somewhat wistfully. “Just walking through the park—it’s even better than Gramercy Park,” he declared. “It feels like you’re in another country.”