Can you imagine if Carrie Mathison was your mom? You’d be trying to watch Blue’s Clues, and she’d be all stressed out, trying to take care of the strung out ex-CIA drifter who lives in her basement. You’d never get any graham crackers, it would be a mess. Anyways Franny seems to be doing well in this opening scene, but no one else is. Quinn’s nightmare sequence is, to say the least, a little spooky. Actually, it really gave me the willies. When Carrie tries to comfort him, and he gets confused and tries to come on to her, well… you’d never get those graham crackers. Cut to Saul Berenson’s adventures in various forms of Abu Dhabi transit, we see him get out of a cab before walking through one of Homeland’s signature crowded middle eastern market streets, and then finally getting picked up by a European woman on a motorcycle. The only thing funnier than Saul Berenson on the back of a motorcycle is Saul Berenson wearing that huge helmet on the back of a motorcycle. He doesn’t even buckle it. It makes him look like one of those Russian circus bears that know how to ride a tricycle. Anyways The Covenant has some great arcs with a huge payoff or two that we’ll get to later.

First, though, at the Law Offices of Oops & My Bad, Carrie and Reda discuss how she totally destroyed Sekou’s case…

First, though, at the Law Offices of Oops & My Bad, Carrie and Reda discuss how she totally destroyed Sekou’s case by shaking down Saad since he told the FBI about it, which compromises any evidence Carrie’s rogue spying endeavors may have sussed out. Homeland is clever in that it’s about spies but Carrie Mathison’s character is a classic maverick cop. She can’t help but break the rules when the system fails her sense of justice and even though she’s out of the game she just can’t stop. I’m certain that this will end with her getting Sekou off the hook. Or that he will commit suicide in prison. Or that he’s actually a terrorist. Ok, I’m certain of nothing.

In the following scene, and Iranian guy in his “cutting loose” clothes (tan almost-leisure suit) enters the home of a smoking hot (pun intended, she is smoking a cigarette) sex worker who he thinks he is about to get weird with but then BAM! She opens a door and Saul is sitting there at his travel sized spy-on-the-go interrogation card table and low light setup. What a boner killer. Saul grills the apparent Iranian arms agent about his ties to North Korea, which he denies, and this leads to a lot of conjecture about the difference between objective evidence and assumptions that will definitely be thematic later on if I’m reading this show right.

The tastiest vignette of The Covenant, though, is Quinn’s DIY Rear Window day of vengeful fun.

The tastiest vignette of The Covenant, though, is Quinn’s DIY Rear Window day of vengeful fun. The reveal here was very Breaking Bad. You half of this episode wondering what the hell Quinn is looking at out the window and just being generally bummed out about his dark basement room that doesn’t have Netflix because Carrie doesn’t know how to detox a friend correctly, all the while he’s skulking around like Slenderman with a knife in the dark. He then tracks down the guy who robbed him and insists on trying to buy a gun, and you’re like “oh he’s gonna shoot him with the gun or shoot himself or something” and then KABLAM! He flips the damn table over and hits him with a sock full of batteries or something. This weapon is technically known as a sap, but really rather more technically it’s known as a sock full of batteries wielded by a junkie. I laughed out loud and took back everything I’ve ever said about Homeland.

Meanwhile, Saul’s on some crazy tip about the arms guy’s cigarettes and making oblique references to Bush-era politics before meeting with an ex to discuss the radical zionist she left him for. Cucked by a fanatic: The Saul Berenson story. Carrie can’t stop illegally spying, and Dar tries to sell the whole Iran-N. Korea conspiracy to the no bullshit sensibilities of President-Elect Keane aka Bizarro Hillary Clinton. Carrie’s thing actually pays off when she receives a zip drive, likely from her friend Roger, with the recording of her nemesis Ray Conlin pressuring Saad to make Sekou look guilty. Go loose cannon, Mathison! But don’t go too hard because you immediately get wire-tapped by Dar during your meeting with Madame President Elect (Breaker of Chains, etc…) Keane. Wait, actually who is wired here? Is it Keane? Is it Carrie? Is it the waiter? As usual, I have no idea who is working with who. That’s probably deliberate. Either way, Keane burns Dar pretty hard with his own “new friends “ line.

The episode closes out with Saul getting in one of the weirdest Uber pools ever and Quinn staring menacingly up at his mystery target with his newly acquired murder gun from the trench-like depths of his sweet 1st-floor apartment. Cliff-hangers, beatdowns in Brooklyn, weird foreign cigarettes… I’m back in. 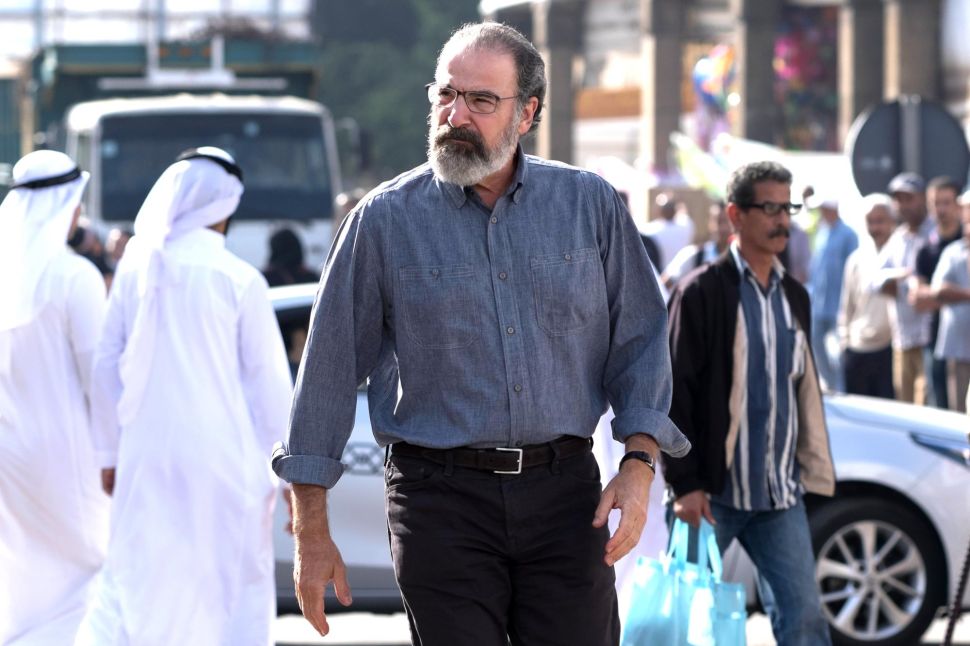