The story goes like this: in 1984 UTFO released a hit single, “Roxanne, Roxanne,” a song that features the Brooklyn hip-hop group cat-calling a woman named Roxanne, and bragging incessantly to her about their rapping abilities as they take turns harassing her until she finally promises them a date.

“Roxanne, Roxanne” was an unintended hit for UTFO; it had started as a B-side. The hook, “Roxanne, Roxanne/I wanna be your man,” was catchy, but the first verse by rapper Kangol was bombastic: “She was walking down the street so I said, ‘Hello/ I’m Kangol from UTFO’ And she said ‘So?’/ I said ‘So? Baby don’t you know? /I can sing, rap and dance in just one show.”

Ask any woman what it’s like being pressured on the street by a stranger and she’ll tell you how exhausting it feels to have to engage and dismiss him. Especially someone persistently trying to convince you how amazing he is. (UTFO deserves credit for delivering a twist at the end of the song, though—Roxanne not only disses all three rappers, she stands them up, too.)

Then along came Marley Marl, a legendary hip-hop producer who asked 14-year-old Lolita Shanté Gooden to write with a response rap to “Roxanne, Roxanne.” Gooden assumed the alias “Roxanne Shanté,” the name stuck, and she recorded her answer to UTFO’s track, “Roxanne’s Revenge,” in just 10 minutes, because, as the story goes, she needed to help her mother do the laundry.

She knew her voice sounded like Minnie Mouse. It didn’t matter. Rappers fought each other with words. And she was good with words. She’d been rhyming and battle rapping since she was 10 years old.

“Roxanne’s Revenge” blew up virtually overnight. The first 5,000 copies were created by the record company recording it directly from the radio, Marl explains in the hip hop documentary The Beef; soon after, it went on to sell more than 250,000 copies. The track spurred at least 100 responses, including some nasty and ridiculous raps including, “Sparky’s Turn,” “The Real Roxanne,” “The Parents of Roxanne” and “Roxanne’s A Man.” Radio DJs deemed it the “Roxanne Wars.”

The very public beef between Shanté and UTFO might have seemed like entertainment, but for female fans of hip-hop the success of “Roxanne’s Revenge” was a turning point for rap. Women in the 1980s were just beginning to fight back against street-harassment. No one thought the resistance would come from a 14-year-old girl from the Queensbridge Housing Projects.

Thirty-three years later and Roxanne, Roxanne, a biopic about Shanté’s life, co-produced by Forest Whitaker and Pharrell Williams, will premiere at Sundance on Sunday, January 22.

Mimi Valdés, a producer on the film, was a huge Roxanne Shanté fan as a teenager. They had similar stories, she told me. Shanté lived in the projects. Valdés lived in the projects. When you grow up in the projects, Valdés says, you’re told, and you see, countless examples of why you can’t make it out. With that knowledge, and a similar experience, she knew Shanté had a richer story that deserved to be told.

“I was thinking, gosh, this girl was so young. When I was a fan, I was too young to see how significant that was. How crazy that was,” she says. “But she was part of this legendary moment in hip-hop, and I knew she had a child at a young age. I was just curious what all that was about.”

The first time Valdés heard “Roxanne’s Revenge” as a teenager she says she lost her mind. “I literally froze in my bedroom and scrambled to find a tape and record it off the radio because I didn’t understand what I was hearing,” she tells me. “That attitude and willingness to stand up to guys was just amazing. You just never heard of anything like that in a record. Ever. No girl did that.”

Shanté had tapped into something profound. Her response was angry and honest. She didn’t want a man calling out to her on the street that way—and she didn’t want to hear that narrative in a rap verse, either. The message to the men in UTFO was loud and clear: Who do you think you are?

“Roxanne’s Revenge” illuminated just how prominent harassment was for women all over the country.

The 1970s was a cesspool of patriarchy. A few newspapers took direction straight from the Donald Trump playbook, printing the schedules of “pretty” women who worked on Wall Street. Men would read the schedules and line up on the street to harass them. Women retaliated with an “ogle-in” demonstration, the first in a long line of protests. In the 1980s, street harassment and unwanted advances by men were just starting to be addressed by feminist leaders. Pockets of anti-harassment protests had popped up around the country in the form of Take Back The Night marches and one Hassle-Free Zone Campaign erupted in Washington, D.C.

Shanté alluded to this common scenario when addressing rapper Kangol in her first verse: “I met this dude with the name of a hat/ I didn’t even walk away, I didn’t give him no rap/ but then he got real mad, and he got a little tired/ if he worked for me you know he would be fired.” This is what happens if you ignore a man who wants your attention, she’s saying; first you’re his pet, then you become a target for his aggression.

But street harassment is only a fragment of what makes “Roxanne’s Revenge” a crucial piece of feminist history.

In a 2016 interview with The Muse, Shanté explained the pressure female rappers were under to be thick-skinned, quick with their rhymes and to live up to an unrealistic standard of physical appearance. “They don’t do that to the male rappers. They can come in and just…come in,” she said. “Whatever I wore on the street is what I wore on stage. Sometimes straight from the street to the stage.”

Shanté also paved the way for female rappers to go beyond answer rap—to rap about sexual abuse, domestic violence or name calling, says Gwendolyn D. Pough, Ph.D., a professor of women’s studies at Syracuse University and author of Check It While I Wreck It: Black Womanhood, Hip-Hop Culture and the Public Sphere.

“Because her record did so well and broke so much ground, we had an influx of female MC’s after her,” Pough tells me. “We had Salt-N-Pepa. We had MC Lyte. We got Queen Latifah. And those women aren’t coming out with answer rap. Queen Latifah’s ‘U.N.I.T.Y.’ isn’t an answer to anybody’s else’s rap. It’s talking about issues she’s concerned with and her setting the conversation on her own terms. I don’t know if we’d get that without “’Roxanne’s Revenge.’ ”

While the ‘80s and ‘90s flourished with talents like Shanté, Lauryn Hill, Missy Elliot, Lil’ Kim and Foxy Brown, there’s a scarcity of female rappers out there today outside of the mainstream mega-success of Nicki Minaj.

Ava DuVerney’s 2010 documentary My Mic Sounds Nice: The Truth About Women In Hip-Hop, starts off with the question: “What is the state of the female MC?” Seven years later, that question is still layered and complex.

It would be a big request for the movie Roxanne, Roxanne to single-handedly inspire a new crop of female rappers, to motivate a new generation of lady MCs. For Valdés, the real hope is for the film inspire young girls to pursue whatever they want to do in life—whether it’s music or any other career. “It’s a story about survival and perseverance,” she says. But maybe it’s also a call to action. 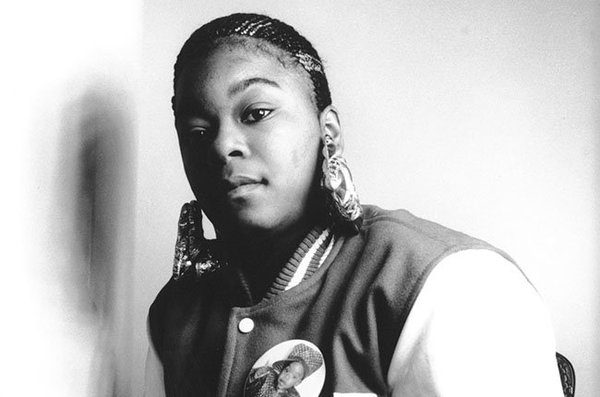