A few months ago, I sold nearly everything, and moved to Colombia.

I wasn’t trying to be a minimalist. I didn’t aspire to own fewer than 15 things. But, I had to cut it down to 3 suitcases to make the move.

What I’ve discovered is, having less stuff — and having less access to stuff — is actually cognitively freeing. My creative output has grown exponentially.

The most freeing part of my move to practical minimalism is living in a furnished apartment.

When you furnish your own apartment, the objects around you matter. Somehow, the knowledge that you are responsible for that object — that one day you have to get that giant couch through that tiny door to move out of your place—places a cognitive burden on your brain.

When you don’t furnish your own apartment, none of the stuff around you matters. Your mind is free to think about other things, the same way Steve Jobs wore the same black turtleneck every day.

Some people probably find that idea depressing: Living in an apartment with furniture that doesn’t matter to you. I get it, I used to feel the same way.

But, as I was selling my final pieces of IKEA furniture on Craigslist — all of them for half the price of what I had paid for them—I noticed something.

First: Why was this stuff worth half what I paid for it? I brought it into the city (the IKEA store was in the suburbs), and I assembled it. It should be worth more.

Second: If IKEA stuff is so popular — if we all have pretty much the same furniture — why do we bother with owning it and moving it at all?

A prediction, as an aside: sometime soonish, there will be widespread adoption of something between renting an AirBNB, and owning furniture. Maybe it’s a service where you rent furniture. An AI-assisted interior decorator gives you a proposal, and the furniture is delivered and arranged. You pay a monthly fee.

The other piece of practical minimalism that has benefitted me has been a general lack of access to stuff. There’s no Amazon Prime in Colombia, and many products that are easy to get in the U.S. are hard to find.

If you want something obscure, you can order Amazon to Miami, then some guy imports it for you. It takes two weeks, and shipping and taxes cost you about 30% extra.

Or, you have to go on a scavenger hunt. You call places, then struggle to understand their Spanish. Then they get frustrated and hang up on you. Then, you just get in a cab and go to the store. Then, you confirm that they don’t have it.

This probably sounds frustrating, but it’s actually great. You have to plan and batch your Amazon orders, or, you have to leave your house. The result is, you make many fewer impulse buys. You often just decide you can live without a larger vegetable spiraler, at least until your next trip to the U.S.

There’s a certain point where minimalism is detrimental. If you have too few things, you end up spending more mental energy chasing down a screwdriver than you save by not owning one.

But if you let your possessions pile up, they will begin to cloud your thinking.

The goal is to find the sweet spot. If you can live in nothing but AirBNB’s, as James Altucher mentioned on my podcast, that’s one way to help. Another way would be to cancel your Amazon Prime account so you batch your orders more. Or, next time your brain tells you you need something, tell it to shut up.

David Kadavy is the author of Design for Hackers and the host of Love Your Work podcast. Listen to  his James Altucher interview here. 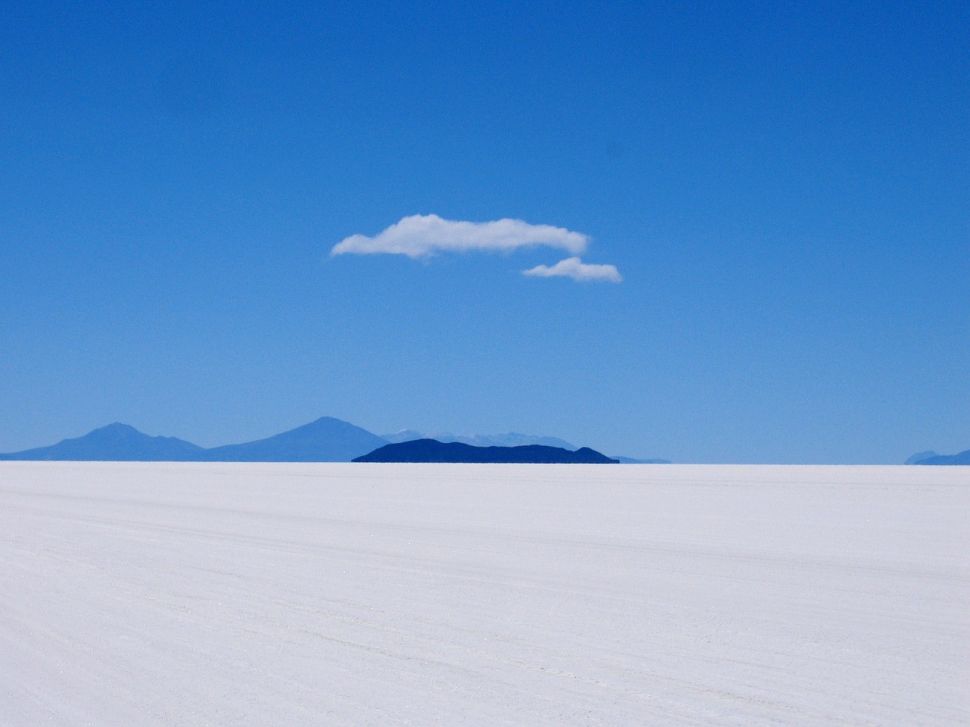