There are a few actors who can make an entire career of being handsome. Upon looking at him, you might assume that Hugh Dancy is among them. At the risk of this turning into a something akin to a Margot Robbie profile, I’ll restrain myself to saying that Hugh Dancy basically always looks like he should be in a cologne ad. When he mentioned that he and his wife (Claire Danes) helped each other practice lines, I imagined the scene, inexplicably, as the two of them in a kitchen but in full evening wear, a photo shoot for a Vogue spread meant to point out that by virtue of their jawlines, some people look born to wear glittering black tie, even when they’re surrounded by dishes.

Early in his career, Dancy did play the boyfriend. In Ella Enchanted, Confessions of a Shopaholic, Jane Austen Book Club, Dancy was a charming prop at which the clumsy mischievous heroine could fall in love.

But over the past ten years, Dancy has been making the stealth transition into one of the most versatile and ambitious actors working on screen. In 2013, Dancy starred as in NBC’s Hannibal opposite Mads Mikkelsen, a show that despite a limited viewership, catapulted to cult-status due in part to its sumptuous visuals, macabre subject matter, and the masterful portrayal of the relationship between its two leading men, sharp and balanced as a steak knife. The character of FBI special investigator Will Graham, is about as far from dashing princes and eager boyfriends as it’s possible to be: the FBI investigator is driven mad in his pursuit of a serial killer and by his relationship with the psychiatrist Hannibal Lecter who, unbeknownst to Graham, is trying to turn him into a fellow killer.

“I could offer up some half-baked theory, but I don’t know,” Dancy responded when I asked why he believed Hannibal ignited such devotion in its fan base. “It’s a show about obsessive friendship and love of incredible style, I think that’s fair to say. And it’s about death, really at its heart. Death and obsession. It’s easy to take a deep dive into all of that. Especially when it’s dressed so well.”

More shallow appreciations of the show are easy to understand so well. Although it was never explicit, the chemistry between the two main actors was passionate, if not implied to be romantic. On Tumblr, Dancy and Mikkelsen were faces that launched a thousand “ships.”

“Have I ever seen fan art that freaked the crap out of me? Yes, absolutely,” Dancy said. “Only once or twice, but occasionally you want to avert your eyes. But like 95 percent of the time, and I’m not just saying this, being in that show has been the gift that keeps on giving.”

After Hannibal’s disappointing cancellation, Dancy signed on to The Path on Hulu. “I was making a little wish list, in my mind, of what it might look like if I was going to make another TV show because it’s quite a big commitment,” said Dancy. “And The Path came along and just ticked all the boxes. I felt like it was a very different tone to Hannibal—even though it’s dark, it tries to be much more naturalistic. I felt it was a different sort of character work; Aaron Paul and Michelle Monaghan were already involved; and it was filming in New York—that being on the very end of the list.”

In The Path, Dancy plays Cal, the charismatic unofficial leader of Meyerism dealing with the expansion and maintenance of the movement as its original leader declines in health.

“I read about the moment in any small little movement or religion, or cult, when the leader—because there’s always a leader—dies—because they always die—and ninety-nine percent of them just vanish, they can’t sustain,” Dancy said, about researching to prepare for the show. “And that one percent tends to last because of quite specific circumstances, and usually there’s a specific individual who’s present who’s very pragmatic, who is a believer, maybe even dogmatic, but also knows how to go into the world and proselytize and expand.”

“Someone like Cal,” Dancy agrees. “Or someone like Saint Paul, or Brigham Young, or David Miscavige of Scientology, the second generation leader. So putting aside any value judgments—because it’s uncomfortable saying “David Miscavage” and Paul in the same sentence, perhaps—they have the same requirements, and that’s where the show opened, essentially, at that moment. Another interesting thing is if these people are believers, it’s possible then they have never envisioned having to do this because they’ve really accepted that the original leader is going to be around forever. And suddenly, oh no, sorry, you’re going to have to step into the Messiah position, and nobody wants that job. Or at least, nobody should want that job.”

Crucially, The Path never condescends to its characters who believe in the system of Meyerism to varying degrees, nor does it make them seem naive or stupid. In a country in which it has become more and more tempting to dismiss a large group of people who seem to have faith in something or someone that seems unjustifiable, it’s worth noting when a show is able to show believers as vulnerable, complicated people seeking community rather than gullible sheep.

“A thing is, these groups always come about in periods of uncertainty. I remember reading about one particular group in England in the ’50s, during the Cold War when nuclear annihilation was in the air. You have all these groups inventing actual machines that were going to help. So there was this one that collected prayers. Everybody would come up and pray really fervently at this machine and then they’d be like, ‘We’ve got 950 man-hours of prayer, collected in this machine, and now we’re going to go to this lay line or this mountain that’s of particular significance, and we’re going to read all these prayers in one blast, and also the world’s going to end in two years.’ And then when the world didn’t end, they said, ‘Wow, our prayers worked.’

Like any group that believes they’re counting down to a doomsday that inevitably fails to arrive, or supporters of a politician who can dismiss whatever incriminating evidence emerges from, say, a live mic on an Access Hollywood bus, belief is a fundamentally powerful force for which logical justification is its byproduct and not its foundation.

Dancy seems to have a particular proclivity to projects that lean into big issues: obsession, death, faith, power. And yet, in the best possible way, in person he’s neither affected nor self-serious. It’s almost enough to be able to imagine him at home with Claire Danes not wearing evening wear while they do the dishes and practice lines, and watch Homeland together (yes, Dancy says, of course he watches Homeland).

“It’s actually interesting,” Dancy said. “Having a four-year-old child, we’re both coming from the same place of explaining to him this ridiculous thing that we do for a living, which we’ve totally failed at so far. He’s too little at this point to grasp that. I don’t think he’s seen us on TV—nothing we’ve done, at least recently, is quite suitable—but he’s come to set. It’s one of the real bonuses of our job is he can come and hang out. And sometimes shout action. But beyond that, I don’t know what he thinks.”

Unlike his 4-year-old, Dancy does try to watch his own work. “You never stop being a little self-conscious. Or at least I don’t. And I don’t do it religiously; sometimes the moment passes—I think there’s still some episodes of Hannibal I haven’t watched, because, you were there. But most of Hannibal, and The Path, I really wanted to watch, because in each case there are such specific tones that you’re going for, and I felt like the opportunity for failure was quite high because, with anything that’s aiming for a particular pitch, you can step off that fine line quite easily in any direction.

It’s a compliment to Dancy’s acting, in part, that the lush baroque Hannibal never descended into campiness and that The Path has thus far avoided the fate of becoming melodrama. It’s also a testament to Dancy’s ability to pick projects that don’t merely appear to his vanity. “I used to reassure myself by counting up the money I could have made from movies I turned down that I knew I shouldn’t have done, sort of imagining some alternative universe version of myself who was richer but less satisfied.”

Season 2 of The Path premieres January 25, on Hulu 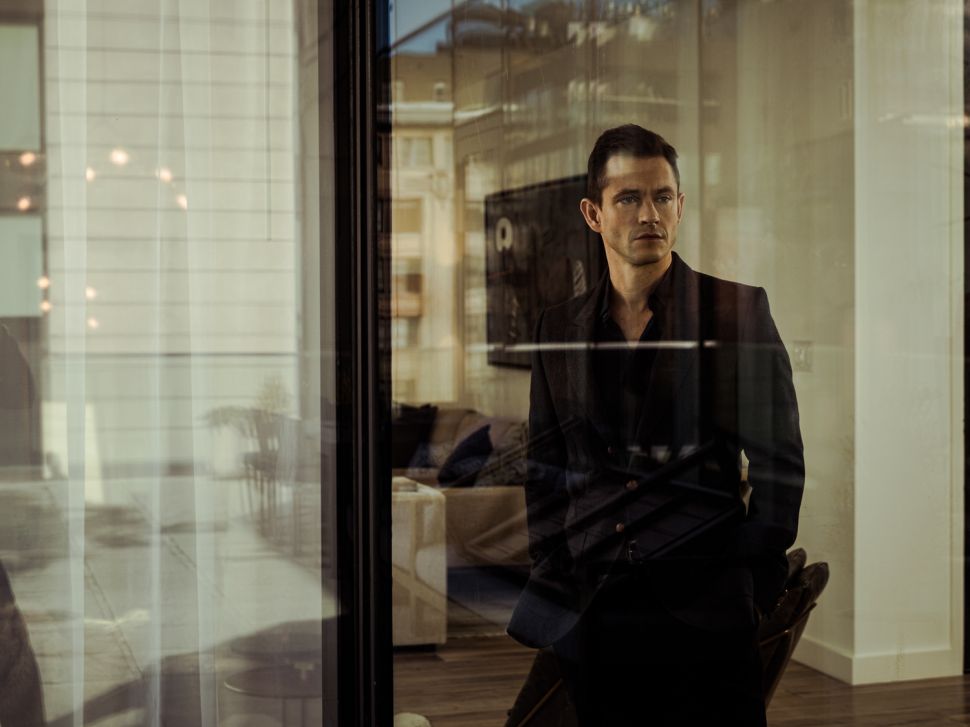