This show The Path has been advertised around the New York subways lately, and I like stuff about cults. So I went looking for where I could watch it online. The first place I went was Amazon, because I was absolutely sure it was an Amazon show. It’s not, though. It’s a Hulu original, which captures the situation that the number three streaming video on demand (SVOD) service has in America.

“Everyone is our competition,” Craig Erwich, Hulu’s content chief, said in a recent interview. “You’re looking for share of voice, share of time and share of wallet.” It was a new spin on the old tech industry reluctance to actually name competitors. Erwich basically said the company has no direct competitors by arguing that it is up against everyone vying for consumers’ attention.

The rest of us will continue comparing Hulu to Netflix and Amazon. Late last week, the National Association of Television Programming Executives released the interview with Erwich on YouTube, conducted by Cynthia Littleton, Variety‘s managing editor. It took place during the organization’s recent conference in Miami.

Based on his guarded statements and moves the company has actually made, Hulu begins to look like a company defined by familiar television, the shows people turn to for comfort.

At the start of the video, Littleton says that Hulu has more than 12 million subscribers, based on the last set of numbers the company has shared. In contrast, Netflix expects to hit 99 million globally in the first quarter of 2017, as we reported recently. Amazon’s streaming customer base is confusing, because it’s a service that comes with Amazon Prime. It probably has 54 million Americans who could be streaming, but lots of them probably don’t. Lots of people just join Prime for the free shipping.

Of the top 25 streaming original shows of 2016, Amazon and Hulu each earned two spots. The rest went to Netflix.

Erwich acknowledges that his company needs to do a better job establishing name recognition with viewers so that people like me don’t go looking on Amazon to watch its programs.

“What the originals do, they are really a way to define our brand,” Erwich said. “It’s critical in our marketing effort to say, ‘only on Hulu.'”

When Littleton pressed him on this point, though, he didn’t have a great answer for what connects the shows Hulu makes. “We are a celebration of television, pop culture,” he told her. “The number one thing we want the originals to be is entertaining.”

In other words: the brand is all about making shows people want to watch.

As the conversation went on, it sounded like the company’s main guiding light is imitating its own hits. 11-22-63 is a show based on a popular Stephen King novel, its most successful show to date. So, up next, it’s got The Handmaid’s Tale, which is based on a popular Margaret Atwood novel (and a 1990 film).

Its first big original documentary took an icon (The Beatles) and dug into its origin, with Ron Howard’s The Beatles: 8 Days A Week. Next in original docs, it is digging into the origin of Batman as an intellectual property, with Batman and Bill.

In fact, the company may be known less for creating shows and more for saving them, doing so for both The Mindy Project and Nashville.

The company’s motto could be: More of the Same.

All that squares with one interesting insight Erwich gave into the way Hulu thinks about its audience, which may help explain why self-imitation will be endemic for the foreseeable future. He said that when it looks at its data, it tries to break people up into groups who like to watch the same stuff. They see these large groups of people who have similar tastes, as evidenced by choosing to watch similar shows.

“You try to look at things through behavior more than you would through what’s traditionally called a demographic,” Erwich explained.

This helps to illustrate the power of shifting away from advertising to a subscriber driven revenue model (though Hulu does do advertising). The company mainly wants people to keep coming back so that they won’t drop their subscription. That means it can program to people’s tastes rather than a target demographic. It could theoretically have a popular show equally split between 17 and 70 year-olds. That would be a tough sell for a traditional network that needs to sell ads against the show, but it doesn’t matter to a company that just wants that monthly payment.

But that strategy also helps to explain why the company seems culturally inclined to retread comparable ground. If everything is geared around looking at viewers who watch the same shows in a similar order, then that would naturally lead to acquiring original content that looks like what it’s already made. Which could be a good way to make money, but it sounds less like a recipe for groundbreaking television and more one for familiar fare.

In fact, the back catalog shows Erwich has cut exclusive deals for illustrates this point. His biggest recent coup: securing Golden Girls. What show does he want most? The Big Bang Theory.

If it keeps going down this road, Netflix will remain the site making shows for talking about, while Hulu picks shows for vegging out.

* In Symphony’s report for 2016, it acknowledges that Amazon’s The Grand Tour and Netflix’s Gilmore Girls should probably both be on this list, but the company measures viewership over the first 35 days it’s live. Both shows came out late enough in the year that the company was completely confident in its final measurements. If both had been added at the report’s estimated viewership, The Grand Tour would be Amazon’s only entry in the top 25 SVOD shows. 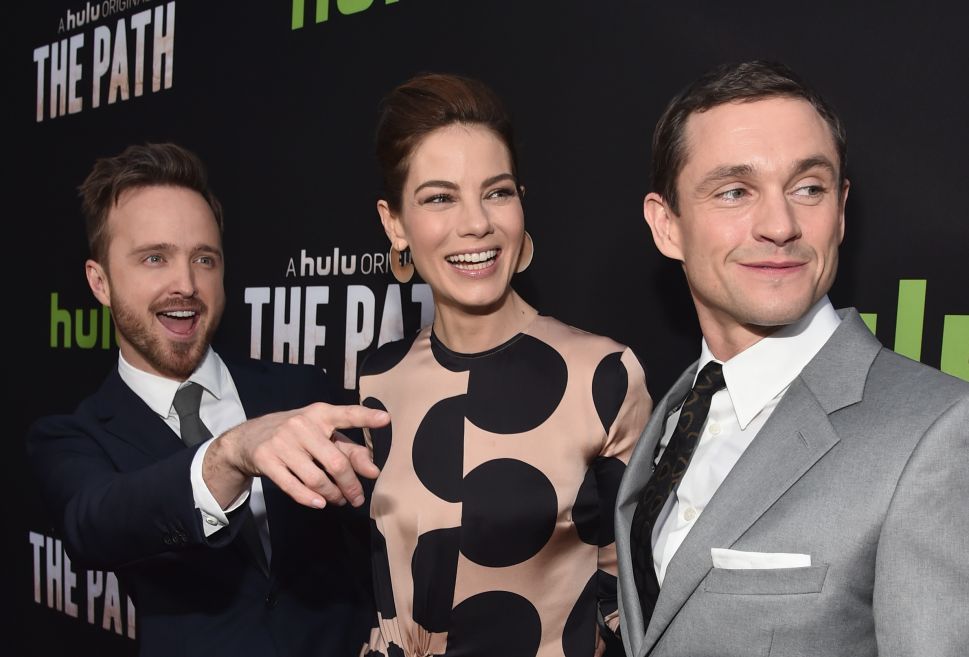