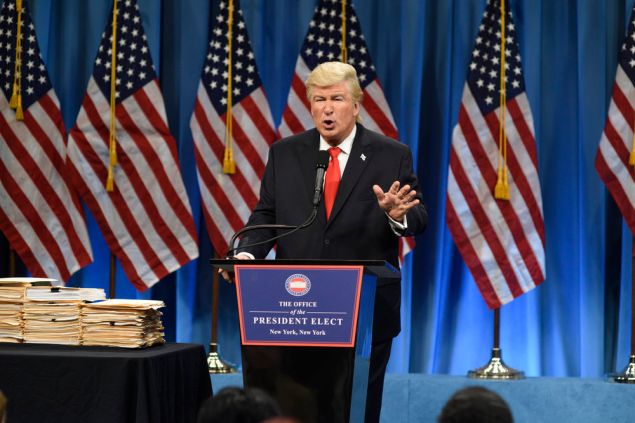 HBO’s long-awaited series The Young Pope finally premiered in the US on Sunday, but the memes surrounding the show have been in effect all week.

The Young Pope: This ain't your daddy's Pope pic.twitter.com/q18fqxNJEz

Even the real Pope has been brought into things!

As did Leslie Knope, for rhyming reasons mostly.

v excited about this show

Of course, Twitter jokesters got in on the action.

If young pope don't trust you, he gon' excommunicate you #youngpope

Young Pope, get out of my mind
Your love for God is way out of line
Better run, Pope
You're much too young, Pope#YoungPope

Just saw the first 15 minutes of the #YoungPope and all he does is text his friends and complain about the wifi. #YoungPope

JUDE LAW: I am the Pope, and also let me just say 'Neurosis is always a substitute for legitimate suffering'." #YoungPope #JungPope

Hope #TheYoungPope walks down the halls of the Vatican in slo-mo to The Weeknd.

"Please, The Pope is my father. Call me The Young Pope."

I wish I was papal

You're so fucking papal

BUT I'M TOO OLD

WHAT THE HELL AM I DOING HERE?

I'M NOT THE YOUNG POPE HERE

So excited for this crossover series, Law and Order: The Vatican.

"His name is Jonas. He hustles drug-laced animal crackers across the church. Neighborhood kids are calling him the Young Pope." pic.twitter.com/ps3uFsbuMU

Meanwhile, Saturday Night Live continues to dedicate much of its content to lampooning Trump.

"I do not want to talk about the pee pee….I am going to bring back a strong, thick stream of jobs." #SNL pic.twitter.com/jdZWTSzOri

"Are you really, really sure [Russia was behind the hacking]?"
"It was China. I mean Canada. It was Meryl Streep." #SNL pic.twitter.com/HcCHk1GHXa

So, is Alec Baldwin officially a cast member yet?

The last time this many people were talking about #goldenshowers R. Kelly was on top of the charts. #AlecBaldwin #Trump #SNL

#SNL used a Golden opportunity to share a steady stream of laughs!
WATCH THIS! Urine for a treat!#HowICauseTrouble#SundayMorning pic.twitter.com/2SFmlzgowE

Or is he in the running for another job?

Even Tina Fey made a cameo appearance to say some things about Trump.

A post shared by VOLVIO CRISTINA LPQTP ! (@preguntastienenquecontestaruds) on Jan 14, 2017 at 10:23pm PST

She came to host Felicity Jones as a Princess Leia-esque hologram.

A post shared by VOLVIO CRISTINA LPQTP ! (@preguntastienenquecontestaruds) on Jan 14, 2017 at 10:19pm PST

When Tina Fey makes this joke on #SNL and #DonaldTrump lives up to it and completes the joke! You know the guy who wants John Lewis to focus on crime in the inner cities of his district, but has time as PRESIDENT to focus on Twitter and SNL… #OurNextPresident

Hey @realDonaldTrump! Want to know what I do when I don't like shows, or I think they are bad TV? I don't watch them you asshat #SNL

@realDonaldTrump, don't you have more important things to do besides bash #SNL? #PEEOTUS

@realDonaldTrump You literally have one of the most fragile egos and thinnest skin ever. Get over it. And you're an idiot #trump #idot #SNL

@realDonaldTrump Then why don't you stop complaining about #SNL and start being a leader? You don't love USA, you love yourself.

@nycjim He's just looking for attention since most of Sunday night news is about Obamas departure…Alec Baldwin was hilarious! #snl

Donald #Trump hates #SNL so much he wouldn't miss an episode 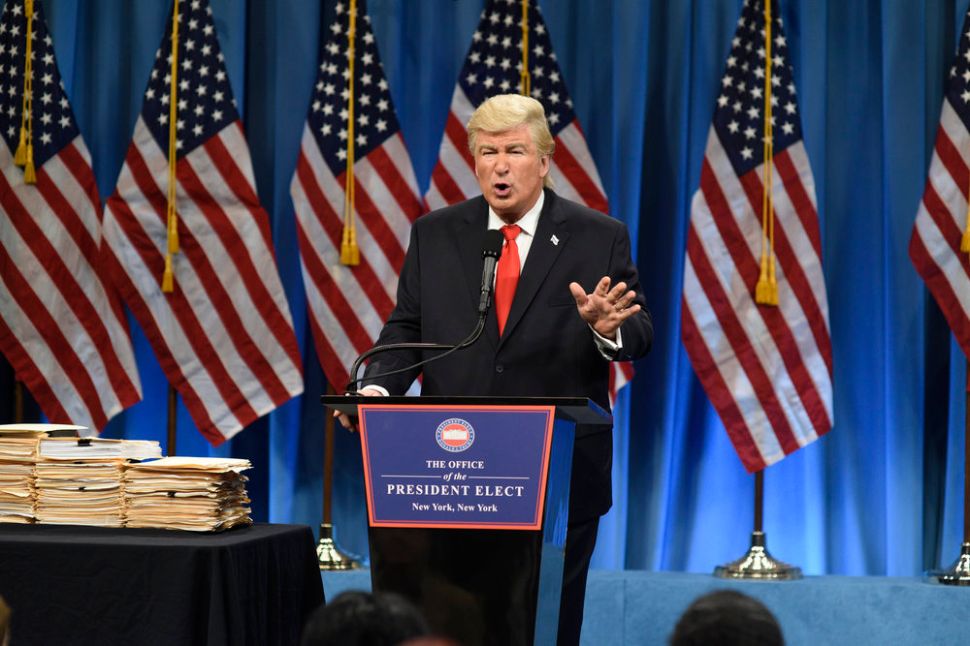