If you’re an introvert, you’ve likely suspected or known for a long time that you get a raw deal when it comes to work and your career. You’ve seen extroverted people get promoted seemingly for being everyone’s friend, while the hardworking introverts of the world go unnoticed, unrewarded and largely taken for granted. Unfortunately, you may not be entirely wrong or exaggerating the situation if you feel this way. Recent studies show that extroverts are disproportionately featured at the top end of income scales because they are more likely to be in management positions.

According to Susan Cain, author of Quiet: The Power of Introverts in a World That Can’t Stop Talking, this is not a surprise: “Extroverts are routinely chosen for leadership positions and introverts are looked over, even though introverts often deliver better outcomes,” Cain says. “They’re not perceived as leadership material.”

Look around your office and you’ll find that most managers and supervisors are extroverted, and in turn will hire and promote those who share their extroverted trait. Achievements and qualifications, depressingly, don’t matter as much as we think they do, because they tend to get overlooked in favor of personality traits and the rapport the potential hire has with the manager. According to research conducted by Lauren Rivera, most of the time those in charge of hiring and promotion defined merit in their own image, meaning the most qualified interviewees were those that best resembled their interviewers.

Management research has also confirmed that introverts are much less likely than extroverts to be groomed for leadership positions, even though another Wharton study led by Professor Adam Grant found that introverted leaders outperform extroverted ones when managing proactive employees.

According to a survey published in Industrial Psychiatry, among the general population, introverts and extroverts are roughly 50/50. As soon as we take the first step up the career ladder to the level of supervisor, however, the percentage of extroverts jumps to 88 percent, and it only gets worse from there. By the time we hit senior executives, introverts comprise only 2 percent of the population.

This is a real problem in the modern workplace. We are so often told that we need more diversity, yet that diversity is in the form of race, religion and gender. Nowhere is it ever spoken of that we need diversity of ideas and thought, which is what introverts—being roughly an entire half of the population, bring. It isn’t just a lack of introverts in management, however, that’s the problem. The modern workplace generally caters to the extrovert: open, collaborative offices and the expectation of being constantly connected robs the introvert of the quiet and solitude where they produce their best work. The entire reason Apple got off the ground was because Steve Wozniak locked himself away to solve the problem of how to reduce the amount of chips on a circuit board. Were he forced to do it in an open office, Steve Jobs likely wouldn’t have had anything to sell.

On a real life, day-to-day basis the extrovert/introvert workplace dilemma will often manifest as extroverts in supervisor and management positions, while the introverts are those on the front lines doing the heavy lifting because they have a greater ability to focus and produce a larger volume of work. Extroverts tend to continually have opportunities thrown at them—with the accompanying increases in pay and recognition, because they are friendly and well-liked by those above and around them. Essentially, they benefit from the halo effect. And why wouldn’t one be friendly and well liked when everything goes well for them? It’s a virtuous circle for those extroverts that make the first step into lower management. Meanwhile, you’ll usually find the introverts quietly dismissive, asking one another, “so what is it s/he actually does around here?”

As the introvert attempts to climb higher on the career ladder, they’ll often feel the discrimination of the extrovert dominated office culture in the expectations that are placed on them. Regardless of whether they fulfill or exceed the criteria for a promotion, they’ll be expected to do such things as network more, take more of an interest in other’s projects and to just be more social in general. Basically, they’ll be asked to jump through extrovert hoops to prove that they deserve a shot at a promotion. Again, the problem of having to be more like the interviewer and conform to the expectations of the extroverted workplace rears its ugly head. On the flip-side, there is never the expectation for the extrovert to start working harder and to focus more on their own projects.

It’s often pointed out nowadays how great introverts are. Articles and comments will frequently cite that Mark Zuckerberg, Elon Musk, Warren Buffett, Jeff Bezos and Bill Gates are all introverts and have made billions, while simultaneously ignoring the fact that all of these people started their own companies. Clearly, the rules don’t apply to them, because when you start at the top you aren’t forced to work your way up through the mass of extroverts. So that doesn’t help the 40-50 percent of people in the modern workplace who find themselves overworked, under-appreciated and underpaid because they happen to be introverted.

If you frequent any business publication, be it LinkedIn, Forbes, Inc. etc, you’ll see no shortage of articles detailing the fact that employers and business are crying out for talent and willing to pay big salaries for it. The problem is that the talent they seek is often right under their nose in the army of employees they have quietly achieving every day, but because they have a preconceived notion of what that talent should look like, the introvert is overlooked.

So where does that leave all the introverts? Well, it certainly isn’t a case of just resigning yourself to never being noticed and working in obscurity while watching all the extroverts get promoted. You have a few options, though how much you may like them is another matter entirely. First, you need to become comfortable with the notion that you will likely have to work twice as hard with twice the achievements to get the same recognition as your extroverted peers. After that, it’s a matter of:

While the research and recent press coverage might indicate that the world is beginning to see the light when it comes to what introverts have to offer, the reality in business is that such a shift in thinking is quite a ways off. It’s certainly far enough away that it’s not in the introvert’s best interests to just keep working and wait it out. 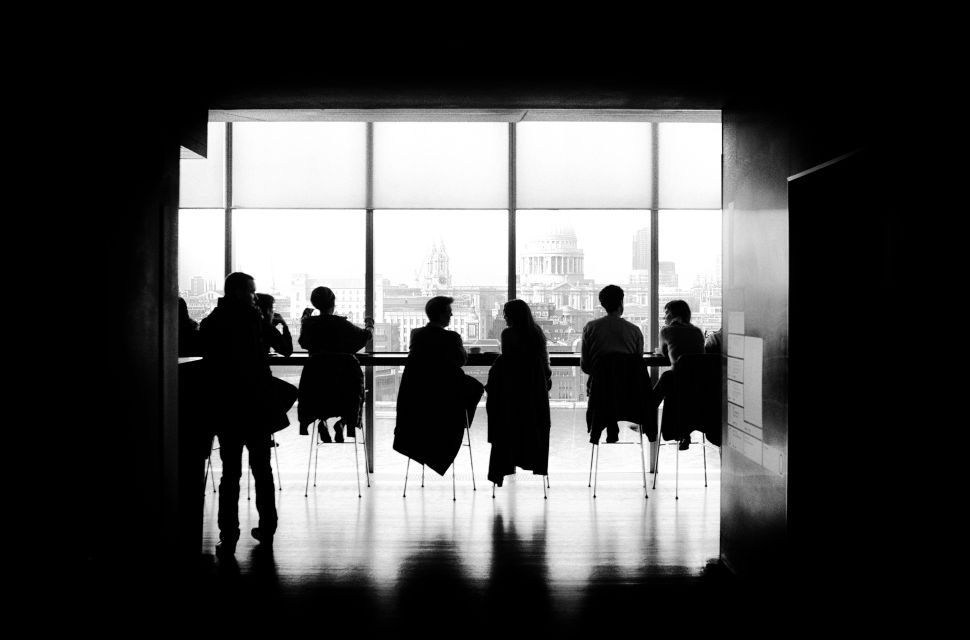