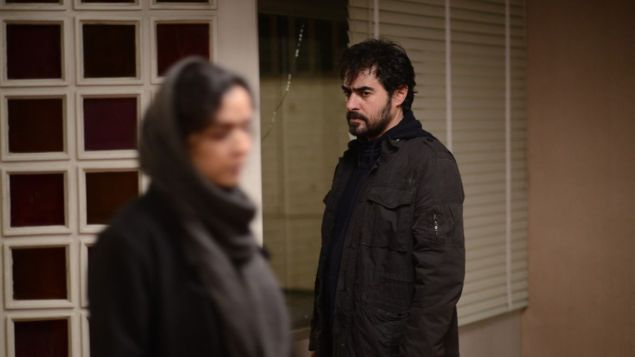 The moment the bearded leading man states his luck is about to turn, the audience realizes NO, IT’S NOT. It’s the intellectual foreign-language equivalent of the horror trope: don’t open that door! And, yet, open it he must – or there wouldn’t be much of a movie to Asghar Farhadi’s Oscar-nominated drama within a drama, The Salesman.

The title arises from the drama within the movie: Emad and Rana Etesami (Shahab Hosseini, Taraneh Alidoosti) play Mr. and Mrs. Willy Loman in an Iranian production of Arthur Miller’s “The Death of a Salesman.” As the movie opens, the Etesami’s flee their crumbling apartment building during the final harried days of rehearsal. It ends in the kind of marital and moral standoff that could last decades – cue the Loman’s.

The Etesami’s cracked window –followed by the radically fractured wall above their marital bed — symbolize a crisis that sends the devoted couple in search of emergency digs as well as a society toppling on itself. It’s a city where nothing is solid, reliable, including its inhabitants’ relationships.

The couple’s quick fix is a small rental where the previous occupant has left in a hurry, piling her belongings in a single room, and leaving her shower shoes behind in a bathroom with dicey electricity. Foreboding is everywhere, and yet the couple needs shelter fast because they’re on the eve of performing Miller’s deep downer of failed capitalism first produced at New York’s Morosco Theater in 1949.

The death of the American Dream haunts Miller’s play; a failing infrastructure and claustrophobic cultural mores besiege The Salesman. At the new apartment, when Rana absent-mindedly buzzes the downstairs door without inquiring who’s there, a stranger enters, attacks her in the bathroom and bashes her head. Since Farhadi (A Separation, The Past) doesn’t dramatize the scuffle, it’s uncertain whether or not the assault turned sexual.

When Rana returns from the hospital, skull bandaged, she hovers in a deep state of shock. She attempts to return to normal despite her horror of using the bathroom alone – reviving the mystery of what transpired there. That’s when the split between the couple, like the window’s crack, begins to appear. She needs healing and comfort. Emad focuses outward: on finding the perp and returning to rehearsals. Once unified in coping with the external crisis of the first apartment, this intimate attack, and the guilt it engenders, separates husband and wife. Rana may recover physically, they may or may not find the culprit, but they have encountered a fault in their marriage potentially more dangerous to their peace of mind than the initial violent act.

Both Hosseini and Alidoosti underplay their parts with an apparent naturalism. And, yet, Farhadi constantly reminds the audience that they are watching a movie, that these handsome folks are actors playing actors in a film. The Salesman self-consciously begins with lights coming up on stage, illuminating the drab double bed and the sorry kitchen table. There’s a bit of Birdman to this, a formal trickery that distances the audience from the action – placing the camera behind the stage manager’s glass booth so we faintly see his reflection, or watching Emad pace through rooms separated by brittle glass so that we’re aware that the couple’s kitchen is as much a dramatic construction as that of the Loman’s house.

And while this trick – the play of realism and Meta – may elevate the film formally, the greatest impact arises from something simpler: empathy. We witness the wife’s vulnerability as she surmounts her trauma and evolves into a different woman than she was before the attack. Similarly, the movie explores the husband’s emasculation when confronted with the potentially sexual nature of the crime against his wife – and how these feelings push her away.

We also access the complicated emotional life of the perpetrator himself. When Emad pursues and entraps a suspect [[Spoiler Alert]], he discovers an ordinary man, a shabby salesman with a weak heart. We are invited to understand how that aging everyman’s actions arose not from a place of violence and anger, but from fear and a frustrated desire for a sliver of illicit pleasure in a life weighed down by duty. And it is the critical choice the Emad makes at this juncture — rather than the original violence against his wife — that has the biggest impact on his marriage.

When, in the final shot, we see the couple backstage, preparing to play the mature Loman’s, the wife’s graying wig and the husband’s charcoal furrows seem superfluous: the pair has aged into their own tragedy of alienation and disappointment. 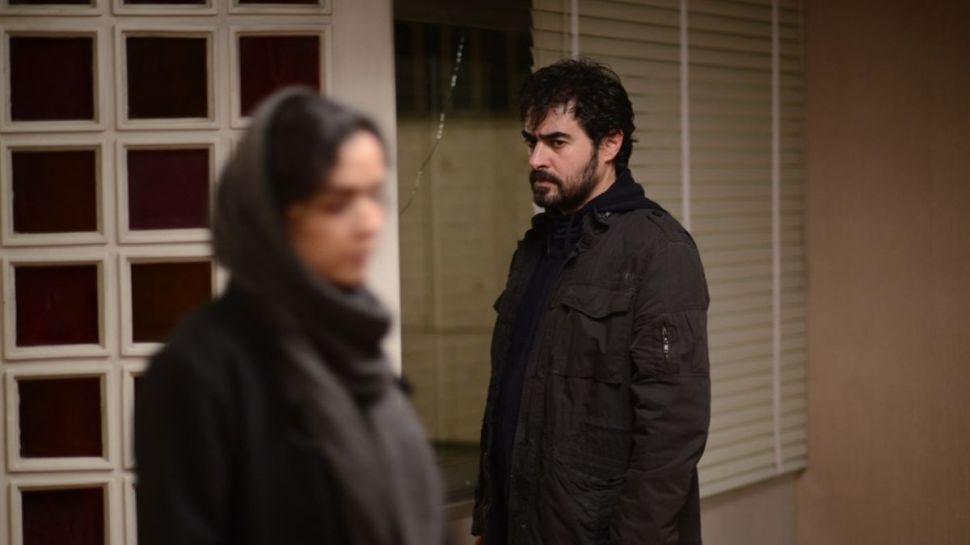