When we think of technology, it usually doesn’t call to mind words like “religion,” “spirituality,” and “morality.” Miraculous as it can seem, technology is still thought of as cold steel, silicon wafers, and the engineering or code that makes it work — soulless machinery to the core.

But as technology extends into every aspect of our lives, it will force us to confront core issues previously left to the purview of religion. For some, that change will be challenging.

That’s a shame, because there’s a positive potential in it — a spiritual one.

In my view, spirituality encompasses more than the tenets of a particular faith. It’s intrinsically linked to one’s empathetic awareness of his or her connectedness to all humanity. And that’s where today’s technology comes in.

God From the Machine

No one today would deny that technology is a connector. And the more we are connected, the more empathetic we may become — and therefore more spiritual.

Technology doesn’t just provide the iRosary app or let pastors push their Facebook sermon posts to more followers. It shows us other parts of the world that suffer and who need our help or have lessons to teach us. It provides independently sourced information and opens windows into the lives of strangers, showing those of other faiths as not so different from us. This new connectedness will enhance spirituality worldwide — even among the conservative religious sects still wary of technology.

Technology will also enhance spirituality by changing how we spend our time and attention. Both by unburdening us from menial tasks and by restructuring economies, smart automation will increasingly allow us to focus more on our deepest values and transcendent aspects of life.

Elon Musk, for example, has stated that AI-driven automation is likely to result in universal basic income, in which citizens are paid a stipend to live on. That could free up many people to dedicate more of their time and effort toward social good instead of struggling to get by. Whether volunteering to help the less fortunate, going on a mission trip, studying psychology and culture, or other pursuits, universal basic income will accelerate progress in all such spiritually motivated goals.

But AI will raise moral issues as well — issues intimately connected to our concepts of spirituality. As the era of driverless cars approaches, it has become common to bandy the issue of AI decision-making in human safety. But we must face those issues, and there’s no easy way to avoid the difficulty of solving such moral puzzles.

Enhanced social connection, freeing up societal resources, and moral quandaries are probably the easiest cases to make for how technology will promote growth in our spirituality. But the most fascinating — and difficult — issue regards the ultimate nature of ourselves. Spirituality is rooted in the word “spirit,” otherwise known as our souls, selves, or consciousness. Here, too, technology is likely to play a major role this century.

Do Androids Dream of Electric Sheep?

One of the most intriguing projects riding the technological/spiritual divide is the 2045 Initiative. Its stated mission is as bold as they come: “to create technologies enabling the transfer of an individual’s personality to a more advanced non-biological carrier, and extending life, including to the point of immortality.”

But what does “personality” mean? Is it simply a mimic of quirks and traits? Is it consciousness? Or is it a soul?

These ideas are highly problematic for traditional religious views, challenging the most foundational aspects of religiosity, and they raise mind-boggling issues. For instance: Do those bits, represented in technology, constitute a person? Does “he” or “she” have the same rights as a flesh-and-blood human being?

Or, regarding immortality: Should all people — regardless of wealth — be entitled to this option? And how does this affect religious prophecies that predict the end of this world and immortality only in another dimension — not here on Earth? How would religious leaders react to this change to the human condition?

Of course, the 2045 manifesto has fairly noble claims. Leaders of the initiative believe that humans are limited by their bodies in their ability to evolve and do more good. By uploading our consciousness to a machine, we theoretically would lose those shackles and be able to dedicate our (disembodied) selves to more noble pursuits.

The Future of a Moral World

For all these reasons, technology in the coming decades is certain to challenge traditional notions of religion. But what are some of the most imminent changes to spirituality that technology is likely to bring?

For the short term, AI will advance mostly in analytical tasks, working alongside human effort rather than replacing it. Morality may not play much of a role at first — there’s no obvious path to programming something we don’t understand ourselves. But the looming epoch of pervasive AI is already holding a mirror to humanity, promoting soul-searching work by prompting these tough questions.

As researchers work on how best to capture our notions of morality in code, we may just learn something about ourselves. Anyone who has taught discovers that nothing crystallizes concepts in one’s mind more than having to teach it well to others, and there may be no purer case of teaching morals (and other spiritually relevant content) than trying to imbue software with it.

All of these forces for change are going to make for one interesting ride. Something that began almost two centuries ago with Babbage’s difference engine may very well alter our most cherished notions of what it means to be a person.

However it turns out, if we apply wisdom and foresight, I believe it can bring much good to our spiritual life.

Gideon Kimbrell is a software engineer and entrepreneur. He is co-founder/CEO ofInList.com, the premier app for booking reservations at the most exclusive nightlife, charity, and entertainment events in major locations around the world. He can be reached on LinkedIn and Twitter. 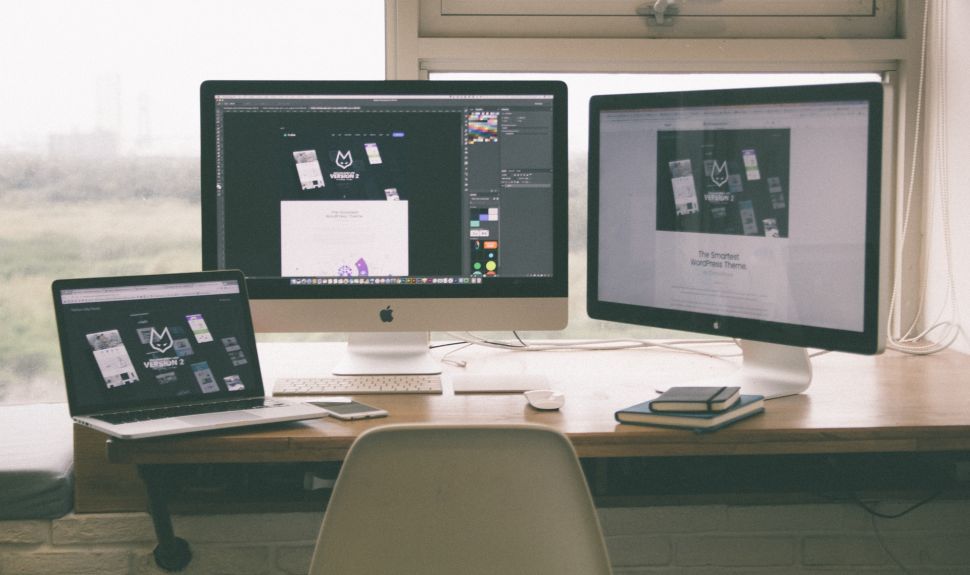