In recent years, we’ve naturally been very aware of the spread of Islamist extremism globally, according to a University of Maryland report, from 2002 to 2015, ISIS and its allies murdered over 33,000 people in more than 4,900 attacks. Some of us (yes, in fact I do mean me) have also recurrently noted the gentle rise of Buddhist extremism in southern Asia, particularly since 2012. But we may not be realizing how these two forms of extremism might be set to clash. Is the world (or at least southern Asia) headed for a more pronounced battle of religious extremists – Buddhist vs Islamist – in 2017 and beyond?

Islamist extremist violence is undoubtedly a global threat that has dramatically escalated in recent years. In fact, the 2016 Global Terrorism Index reveals fatal terrorist attacks rose by 650 percent in one year alone in the developed world. ISIS may be losing ground in Syria and Iraq, but its affiliates will keep at it in parts of the Middle East, Africa and South Asia; the same can be said of al Qaeda. And let’s not forget the chronic threat of lone wolf or coordinated attacks on Western soil–the new year’s nightclub shooting in Istanbul, the Christmas market attack in Berlin and the November 2015 attacks in Paris are likely just the beginning. Expect more violence organized by or inspired by Islamist extremist groups globally in 2017.

We could now be one step closer to an actual showdown between religious extremists – Buddhist vs Islamist – in Myanmar.

Buddhist extremism poses a growing threat to stability in southern Asia. Yes, Buddhist monks are key power players who impact politics in certain countries in this region. But in some cases they are also extremist, leading public campaigns against minority Muslim groups. Myanmar is the key example with Buddhist extremists (and apparently some Buddhist army men) openly attackingMuslim minorities, especially the Rohingya Muslim minority, verbally and even physically. Talk of genocide is back. But this Buddhist extremist-led hatred for Muslims has also been recurrently visible in Sri Lanka and Thailand (so be it to a lesser degree). In all three cases, governments have made a few efforts to tackle this problem, but are not fully acknowledging its severity. Look for more of this Buddhist extremist-led violence against Muslim minorities in Myanmar, Sri Lanka and Thailand in 2017.

And finally, the least obvious:

But what happened in October and November 2016 in Myanmar is most significant – a relatively new Islamist extremist group (2012) with alleged Rohingya links launched an attack at police border posts in Rakhine state in the majority Buddhist country. Harakah al-Yaqin is apparently led by Rohingya migrants with links to both Saudi Arabia and Pakistan and has local Rohingya fighters in its ranks; there are also reports of Rohingyas trained by Pakistani militants now operating in parts of Bangladesh with a plan to target Myanmar. Could their next target be a Buddhist temple or monastery? Very tough to predict but the mere presence of apparently extremist Rohingyas on Burmese soil (and the potential for more to come from Bangladesh next door) will certainly spark more anti-Muslim violence by Buddhist extremists in this region (and likely derail Myanmar itself). We could now be one step closer to an actual showdown between religious extremists–Buddhist vs Islamist – in this young democracy, which will have a spillover effect in nearby countries.

Yes, this potential clash of religious extremists in southern Asia is of course not as imminent a concern as ISIS and al Qaeda’s campaign to destabilize the world. But the seeds have been even more deeply planted (as I pointed out back in 2014 and 2015 too). Look for more examples of Islamist extremists targeting Buddhists in 2017, just as Buddhist extremists will target Muslims in southern Asia. And don’t be shocked if these two religious extremists–Buddhist and Islamist – finally face off on Burmese soil. 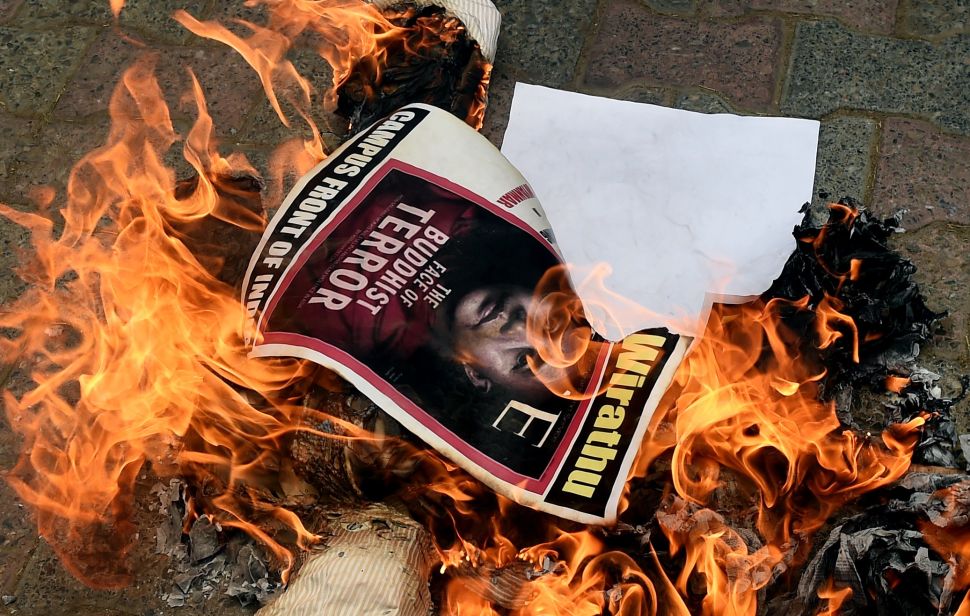