Over the last few years, a self-promoting comedian was able to dupe dozens of media outlets into quoting him about his experiences as a millennial. Although most of the quotes have been deleted now, he had quite a run.

The only problem? He’s not a millennial. He’s 55 years old. And nobody bothered to check until a reporter at The Daily Beast exposed it—exposing not only the lie about his age but a number of other suspicious and ridiculous claims.

It’s a major scandal and a clear case of fraud. The argument from the media in scandals like this is usually to say: The person lied to us. There was nothing we could do. How can anyone prevent someone’s intent on deception?

Well, they could have listened to me when I exposed the same embarrassing loophole 4 years ago and probably shouldn’t have ignored the call for all respectable media outlets to ban their reporters from using such an inherently unreliable service.

When I first heard about Help A Reporter Out in 2011, I had two reactions. As a marketer, I immediately saw a service that allowed reporters to phish for confirmatory sources as a potential vehicle for people to build up press clippings on the cheap. A way to become branded as an expert quickly and easily. Free publicity from real news outlets? I knew clients would love it. As a human being who likes, you know, the truth, I was horrified.

Over the next couple months, I decided that I would prove just how absurd and prone to abuse a service like this could be. I set out to reply to every HARO query I could, including the “urgent” queries that HARO put out on Twitter, figuring that pressing deadlines would make it even easier to be quoted. I was quickly picked up and included in a number of stories in CBS, MSNBC, Reuters and ABC News. I eventually asked my assistant to start doing it for me, which he did, scoring a feature in the New York Times about vinyl records (another topic I knew literally nothing about).

And then I revealed how all this worked to a Forbes reporter. I timed the release with my book on media manipulation. My intention was to make it undeniably clear how vulnerable the media system was to such trickery and to do so in such a loud fashion that people would be shamed into doing something about it. That story was read more than 200,000 times and I did interviews about the stunt on ReasonTV, Marketplace, TechCrunch and Huffington Post. NPR’s On The Media did a segment about it too. Peter Shankman, the founder of HARO, was naturally incensed and sought to do damage control as much as he could. After a series of articles, Duct Tape Marketing ended up hosting a video debate between Peter and I on the topic—and at one point, he got so angry he froze on Google Hangout as he jammed his finger at me through the computer screen.

What I remember most vividly about the stunt was that media refused to look at itself critically in any way. A New York Times editor was asked if they would stop using HARO as a result. They announced they would not be changing their policy. Other writers complained that without HARO, how else would they find sources? (The answer to that, by the way, is journalism.) The short of it was that I was labeled the bad actor and basically everyone refused to learn anything. The only step that HARO took in response to the events was to ban my single user account—but just to prove my point, I immediately rejoined again anyway with a different email address.

You can imagine I felt some smug satisfaction when I read The Daily Beast expose. And how unsurprised I was to see Facebook posts from the manipulator publicly bragging on HARO’s page about all the publicity they’d gotten him (“I love HARO,” he wrote when he linked to the Times score). All this time has passed and the same back door I publicly exposed hasn’t been closed, let alone locked. No wonder trust in the media is at an all time low.

As the specter of a Donald Trump presidency looms upon the nation, we’ve been warned repeatedly about the dangers of corruption, conflicts of interest, self-dealing and the so-called flight from the truth. Yet the same media who warns us of those problems has it’s own embarrassing relationship with those same ills. HARO is Backpage.com for sources. HARO is a service designed by a PR man, owned by one of the world’s largest marketing companies designed to give marketers easy access to legitimate press. Their slogan was, at one point, “No Such Thing As Free Publicity? There Is With HARO?” (Today it is “A Source For Every Story”)

And still nearly every reputable media outlet on the planet allows its reporters to use this service.

Rob Goodman wrote an important piece last week for Politico about the collapse of norms and how difficult rebuilding them will be in a society and culture that has abandoned most of our longest held practices, rituals and distinctions. But this is essential work he says, for anyone who values our way of life.

HARO itself is the rejection of almost every sacred norm in journalism. It rejects that reporters should do their own research, it embraces the confirmation bias, it injects self-promotion into the informational life-blood of society and it legitimizes pseudo-expertise. We’re supposed to be furious that Republicans are dismantling the Congressional Office of Ethics by a media that has abandoned their own.

Where is the outrage about HARO from the reporters and editors who supposedly work in an industry dedicated to truth? Where are the self-enforced policies that protect the institution these people tell us (and I believe) is essential to democracy? Where are the ethical norms that prevent this blatant form of corruption—of people and information?

That’s right. Nowhere. To the shame of the entire industry.

There is nothing that HARO provides that couldn’t be easily replaced by reporters working a little harder and actually doing their jobs. Which is why every self-respecting media outlet should announce a new policy, starting today, HARO and services like it are banned for use by staff reporters, freelancers and contributors (it’s bloggers for Forbes and Huffington Post and other networks who seem to be using it most). Insist that writers can’t troll for sources on Twitter either. It’s a basic and uncontroversial bottom line: If you want to quote an expert, they should actually be an expert and they should be discovered via real research, not solicitation.

The media needs to clean up its own house. Restore the essential norms of fairness and legitimacy to their own institution. It will send a powerful message to other industries.  Or at least, let them speak un-hypocritically when they criticize politicians and lobbyists and other industries.

Let this be where the media finds a bottom and begins to turn things around. Because we need them more than ever.

How the Online ‘Diversity Police’ Defeat Themselves, and Leave Us All Much Worse Off
We Are Living in a Post-Shame World—And That’s Not a Good Thing
We Don’t Have a Fake News Problem—We Are the Fake News Problem
Want to Really Make America Great Again? Stop Reading the News.
Exclusive Interview: How This Right-Wing ‘Troll’ Reaches 100M People a Month
The Real Reason We Need to Stop Trying to Protect Everyone’s Feelings
Peter Thiel’s Reminder to the Gawker Generation: Actions Have Consequences 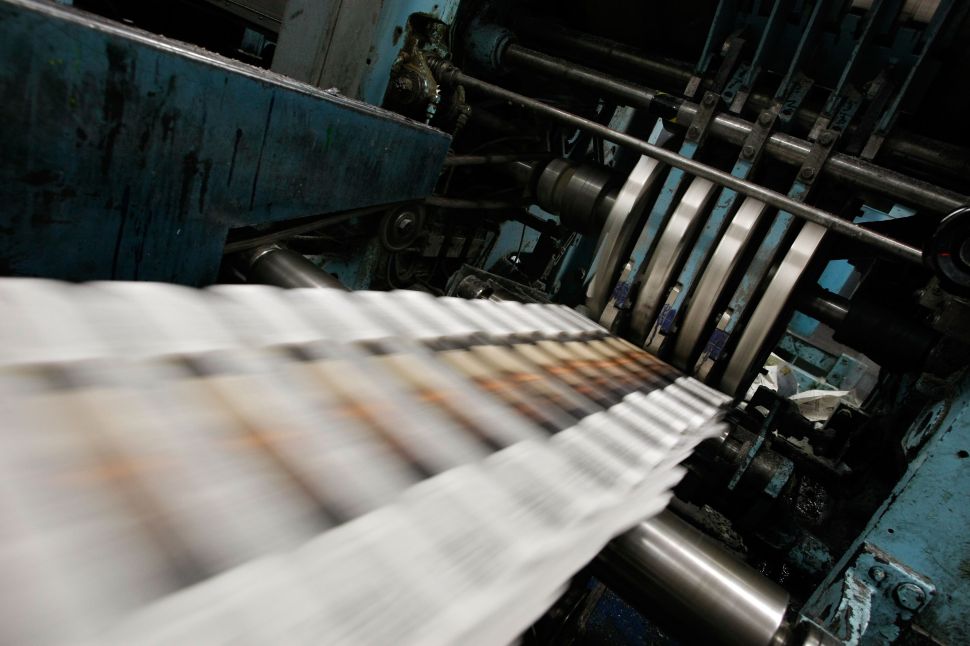