Last spring, a video of a black woman confronting a white man about his dreadlocks went viral. The video, recorded at San Francisco State, shows the woman physically accosting the man as she questions his hairstyle. Corey Goldstein, the man in the clip, pushes her away and replies “you’re saying that I can’t have a hairstyle because of your culture?” The woman tells Goldstein “because it’s my culture, do you know what locs mean?”

To date, the video has amassed over 4 million views and 20,000 comments on YouTube. Furthermore, it’s sparked a massive debate around cultural appropriation.

At its most basic definition, cultural appropriation is the adoption of one culture’s norms and traditions by members of another culture. Sometimes it’s flat out racism, like when someone uses a preposterous accent or throws an offensive “ethnic” themed party. Other times we don’t even notice—like that one time in 2004 when everyone and their brothers started getting European style faux hawks.

I understand the woman’s frustration. She feels like she has to protect the traditions or customs that are a part of her culture. I can relate, as the son of Mexican immigrants, I have been very sensitive at times about how my culture was portrayed in the mainstream media. I would lambast friends who wore sombreros on Cinco de Mayo or mutter my criticism at bars when I saw people doing elaborate tequila shooting rituals (You’re supposed to sip it…)

We tend to think cultures are sets of rigid commandments and norms. But in reality, what we call the “black culture”, the “latino culture” or the “hip-hop culture” are but a loosely grouped, confederacy of ideas that are malleable and vary depending on context and circumstance.

“We still talk a lot about authentic cultures, but if by authentic we mean something that developed independently, and that consists of ancient local traditions free of external influences, then there are no authentic cultures left.”

To illustrate, allow me to recap how I spent the end of 2016. My parents are Mexican immigrants who have lived in California since about the time I was born. This year I was in Modesto for Thanksgiving, Christmas and New Years and well, I did a lot of “Mexican” things.

In mid-November, I went to my cousin Santiago’s wedding. As my girlfriend and I settled into our table, we were served delicious al pastor tacos. A staple of Mexican street fare, al pastor is a spit-grilled meat, think donner kabob or Greek gyros. But it’s a fact that style of of grilling on a spit was introduced to Mexico by Lebanese immigrants.

After dinner concluded, Santiago, his new wife and the rest of the wedding party partook in the waltz, a dance common in Mexican ceremonies. It’s also a fact that this dance was imported from Austria (along with Maximilian, the Habsburgs and imperial rule) in the late 19th century. Once the vals Mexicano concluded, a banda came in to take the party to another level.

Banda is by far the most popular style of Mexican music. As my dad says, it’s the soul of the common people. Banda however, has its roots in German polka—another instance of appropriation so seamless we’ve forgotten it. I find the success of banda music in the US somewhat ironic: Mexican immigrants have done more for the advancement of German traditions in America than their German counterparts.

Finally, to recover from my fiesta weekend, I spent Sunday sprawled out on my parents couch for hours, watching a game invented by English sailors and perfected by poor Brazilian boys. Isn’t immigration great?

Cultures have been borrowing from one another since before the agricultural revolution. As such, it would be arrogant for any one group to claim appropriation because groups can’t exert ownership over things or trends.  As my friend Patrick said, “whether the reason is war, love or the desire to live a better life, all cultures co-exist and thus, co-create.” To claim cultural appropriation is to claim your group is above the mixing and influence happening when cultures meet. And that is insulting to those outside of your culture.

Now, no one is arguing that it is okay for “white” people to wear blackface or that the guy who purposely called me Carlos, Juan or whatever other Hispanic name he could muster wasn’t being a jerk. What I am proposing instead is that 95% of the people whom you think are “appropriating” from your culture are at best curious and at worst clueless. They are probably not trying to offend you or desecrate your history. In fact, it’s our loose definition of appropriation that is creating the conflict more than some nasty intent on their end.

Because no lines are drawn, because cultural appropriation is never clearly defined and seems to have entirely different definitions for different people — the discussion of it is almost always guaranteed to turn into something that seems like children fighting over who which food belongs to whom.

Since culture is ever evolving and can shift depending on context and circumstance, it is impossible to have an exact definition of any culture, at any time. As such any arguing over it is going to become more annoying than two underground hip-hop fans trying to one up one another by seeing who can name the most obscure rapper.

Believe me, as a hip-hop fan, I get annoyed when I hear someone say “lit” or “bae.” We were saying that in high school, back in 2004, 2005. But maybe we were like Big L, and just ahead of our time. Generally speaking, these trends—these cultural concepts—I describe are just snapshots of time. To assert ownership over them, to fight over them is nonsense.

If you are mad that people are appropriating “squad goals,” then where do you stop? Are we insulting Greek culture when we drink wine? Am I appropriating Ancient Roman culture when I speak Spanish or Portuguese? Even our concept of authentic cuisine isn’t very authentic. To paraphrase Harari, Julius Caesar and Dante weren’t eating tomato drenched pasta (tomatoes would not introduced to Italy in their life times.) And long before suburban moms appropriated  hummus into their Whole Foods shopping lists , Israelis were including this healthy Arab dish in their own meals.

If you’re getting married this year (or celebrating Christmas), think about how you’re borrowing customs from Ancient Roman times. It is a all borrowed. And that is okay because it’s how cultures evolve.

I understand why we were so protective of our norms and traditions, They are a part of our fabric, a part of our identity. But they came from somewhere. Thus, we should be spending our time trying to find commonalities in our cultures, in finding shared experiences that transcend language, religion and skin tone.

Those are two millennials in that video. They go to the same school and are probably struggling under similar amounts of student loan debt. They probably like the same music and visit the same restaurants. He’s probably been made fun of or judged for his dreadlocks. She’s black and has probably faced her share of discrimination. I’ll bet you they both despise Trump and are seriously worried about the next four years.

So why are they fighting? Why aren’t they connecting on any of their many similarities? This outrage culture isn’t doing anything for anyone—except putting us at each others throats.

It’s easy to point out differences and distance ourselves from others. It’s much harder to find common ground. But the irony is that shared experiences—and connecting with others—are what prolong culture and allow debates about who owns what to happen in the first place. 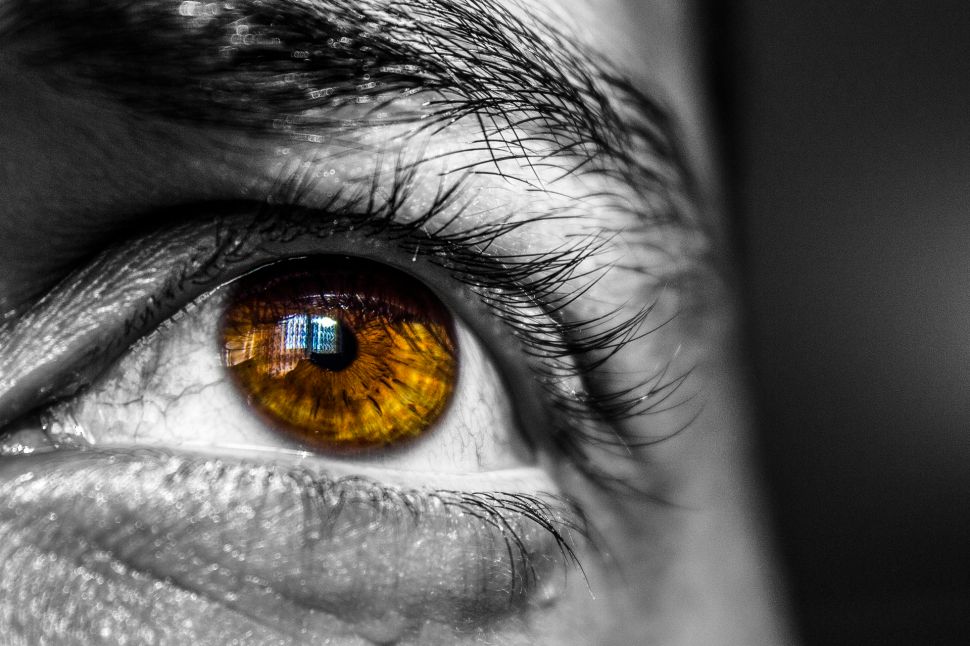