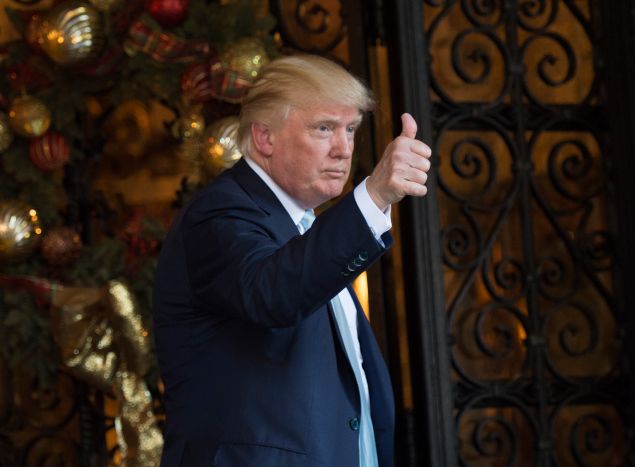 Because 2017 was not yet sufficiently bizarre, a convicted felon and likely mobster who goes by the inscrutable nickname Joey No Socks awarded a “bronze Eagle” for excellence in hospitality to the President Elect on Saturday night. No Socks, who Trump has praised publicly in the past, gave the new President a figurine that, the Daily Beast alleges, looks remarkably like the work of Frederic Remington, a 19th century sculptor whose work No Socks was convicted of stealing in the 1980s. Fun, right?

The surreal tableau went down at Trump’s annual New Years Eve bash at his Mar-a-Lago estate. No Socks, the president of the American Academy of Hospitality Sciences, gives its Star Diamond Award to resorts, hotels and restaurants annually—it being “the most prestigious award of true excellence,” in those industries, according to the AAHS website. (It’s almost like Trump wrote that copy… well, he is nominally on the organization’s board of trustees, so you never know.)

The gilded bird, meanwhile, is in done in the style of Remington’s sculptures depicting the Old West, some of which were found in No Socks’ apartment during a 1989 raid, according to previous reports. (He pleaded guilty to felony charges relating to the incident, wherein the NYPD seized “a gallery’s worth of stolen art,” according to a report from Yahoo News.)

The Daily Beast goes on to detail No Socks’ playful history with the law since attaining his felon status: a curious drunk driving incident, his claims that he has lead poisoning from the bullets from what he characterizes as a “hit,” and so sometimes appears drunk, and some less-than-totally-savory dealings with the state liquor board. How he came to bestow the purportedly highest honors in hospitality is unclear.

Catch video of the President Elect and No Socks on stage, via the Palm Beach Daily News. If you, like me, hate waiting for video to load, here’s the Cliffs Notes: Trump promises to “do a good job,” and “get rid of Obamacare.” He also alludes to the Istanbul nightclub killings, calling the shootings “a whole big deal” and a “horrorshow.” Immigration seems to be a crowd favorite: “We will build a wall,” Trump promises, to raucous cheering. “You know that.” 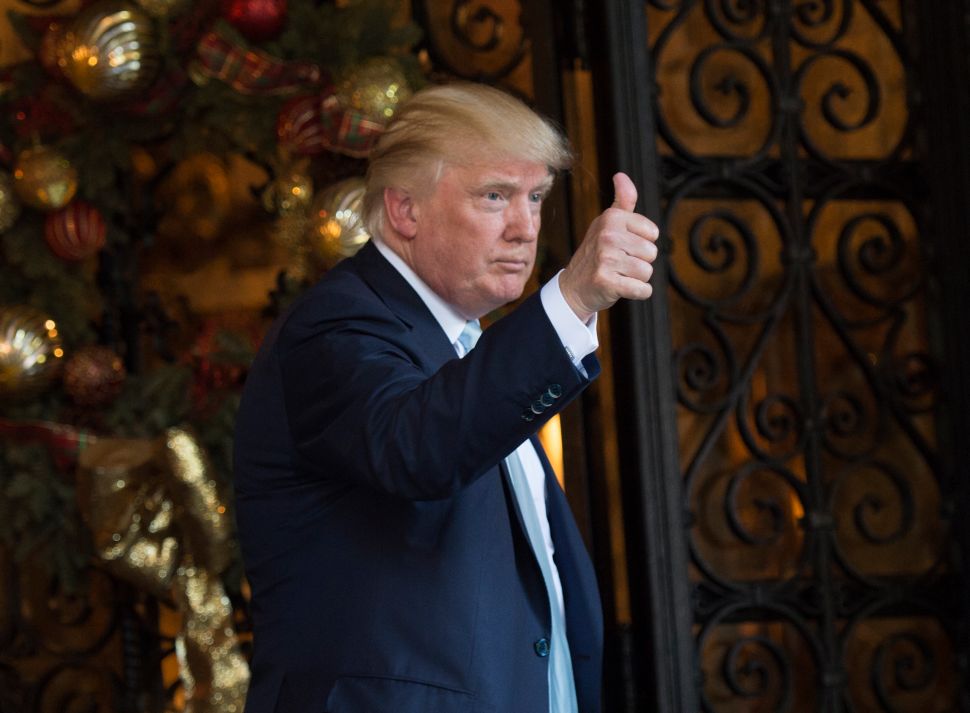