As I stood outside the Callaway Auditorium at LaGrange College, an hour before Rep. John Lewis was to provide our annual MLK speech, and several hours before the LaGrange Police Department would make a historic apology for a lynching, I tried to decide what to say a silent prayer for.

I wouldn’t need to pray for crowds. The parking lot was full before I even got there. Hundreds had to be sent to the nearby Callaway Education Building, where the event was simulcast to the gym. Many more watched the event online.

I wouldn’t need to pray for publicity for our small Methodist college, enrollment of 1,000, the oldest liberal arts college in Georgia, its founding predating the Civil War (one of the characters in Gone With the Wind attends LaGrange College), tucked in-between the two largest cities in Georgia: Atlanta and Columbus. That’s because the press was there in full force. Reporters from The New York Times, CBS National News, the Atlanta Journal-Constitution, Columbus Ledger-Enquirer, and many more from Georgia and Alabama.

Nor could I pray that there wouldn’t be any disagreement. The dust-up between Rep. Lewis and President Donald Trump over comments that the Georgia Congressman made about Trump’s legitimacy, and the president’s angry response, probably drove the media to descend upon our small town. A politician defeated for reelection hinted at plans for a large protest. Police were very much present on campus.

In this small but growing city, where foreign businesses like Kia Motors have stepped in to replace the devastating losses from textile mills that closed or moved, there was a lot of disagreement about whether there should be a lynching apology.  Some were concerned it would open up old wounds. Others felt such an apology wouldn’t provide true healing. In a way, both events were a microcosm of America.

So I said a prayer for the only thing I could think of at the time: unity. It was something my small town and big country could really use.

And I was not disappointed.

Rather than keep the battle going against Trump over the 2016 election, Rep. Lewis refrained from making it a politicized event. He focused on his life, his struggle, his interactions with Dr. King, and all the positive change that had occurred over his lifetime, exhorting the crowd to do more. With local students of all ages on the stage, he directed his comments to them, many of whom only know of the sanitized version of segregation from a textbook. He even told of how a South Carolina man who beat him visited his office to apologize for doing so years ago. Any attendee would be hard-pressed to claim that the Civil Rights Movement had done little or nothing after his speech to the packed crowd.

A conservative student of mine, who had expressed strong disagreements with Rep. Lewis over the fight with Trump, helped work the event. He told me he was glad to have attended the talk, as he stood next to me in the back. Yes, he’s still conservative. But, like me, he’s glad the speech didn’t become a political football.

It was a similar story when Rep. Lewis was being interviewed by the national and local media behind closed doors after the Martin Luther King Jr. talk. He refused to take the bait from questions designed to keep the fight going. “I’m not going to talk about that,” he said when asked about Trump’s comments. “I’ve moved on.”

But that was round one. Believe it or not, round two would be even harder.

I made my way from our beautiful campus, with plenty of buildings and land donated by the wealthy Callaway Family, under the railroad tracks, to a more humble setting in the heart of the African American community, to a church, where we would hear about another Callaway.

Back in 1940, Austin Callaway, an African-American teenager, was arrested on suspicion of assaulting a white woman.  That night, the police stood by while several Klansmen showed up to drag him off to a field, where he was shot several times and left for dead. He perished the next day. The police refused to investigate, the judicial system looked the other way, the media barely noted the event, no politician lifted a finger, and the citizens stayed quiet, like so many thousands of sad events from the hundred years after the Civil War to the Civil Rights Movement.

But tonight was different.

At the Warren Temple United Methodist Church, there was Chief Lou Dekmar, a white police chief and veteran of the force, along with a full complement of police officers, to do something Rep. Lewis said, during an earlier media interview, that he had never seen or heard of before: Chief Dekmar issued an apology to the survivors of Austin Callaway’s family: an apology.

No veteran of the force from that time was present, of course. “But the institution is still here,” Chief Dekmar explained. And that’s the force that must work with the African-American community, when many residents are very mindful of past abuses.

Chief Dekmar, respected nationally and internationally for his professionalism, wasn’t the only one to apologize. Mayor Jim Thornton opened the event, talking about how the historic apology was the result of the bipartisan racial reconciliation group formed two years ago. Judge Jeanette Little told of how the justice system didn’t provide justice. LaGrange College President Dan McAlexander apologized on behalf of the community, which didn’t utter much of a peep at this terrorist event in their midst back in 1940.

Yes, the state and local NAACP, along with several African American politicians and relatives of Austin Callaway also spoke.  Yet the words and tone weren’t about revenge or bitterness, but thanks for the gesture, and optimism for the future.

Throughout the service, which lasted nearly two hours, the police force, largely white, stood at full attention, showing the kind of professionalism that’s typical of the overwhelming majority of law enforcement here and across the country. I know several very well and know which ones are very conservative, yet all who talked about the event afterwards kept the positive tone going.

Afterwards, nobody seemed to want to leave. Whites and blacks, Republicans and Democrats, men and women, prominent business leaders and folks from all economic levels all stayed, chatting amiably with each other. It had the feeling of an Oscar movie, where a dramatic courtroom ruling was made, or the movie “Patriot’s Day” that I took my students to, where the city of Boston united to catch a pair of terrorists without tearing each other apart in the process. You could almost hear the John Williams soundtrack playing above it all.

In fact, that movie prompted me to think of a new title for both events: LaGrange Strong.

The ability of speakers and attendees at both events to move beyond discord and disharmony to a new spirit of unity in a small Georgia town showed not only what is possible in America, but what is likely to be the future of our country. 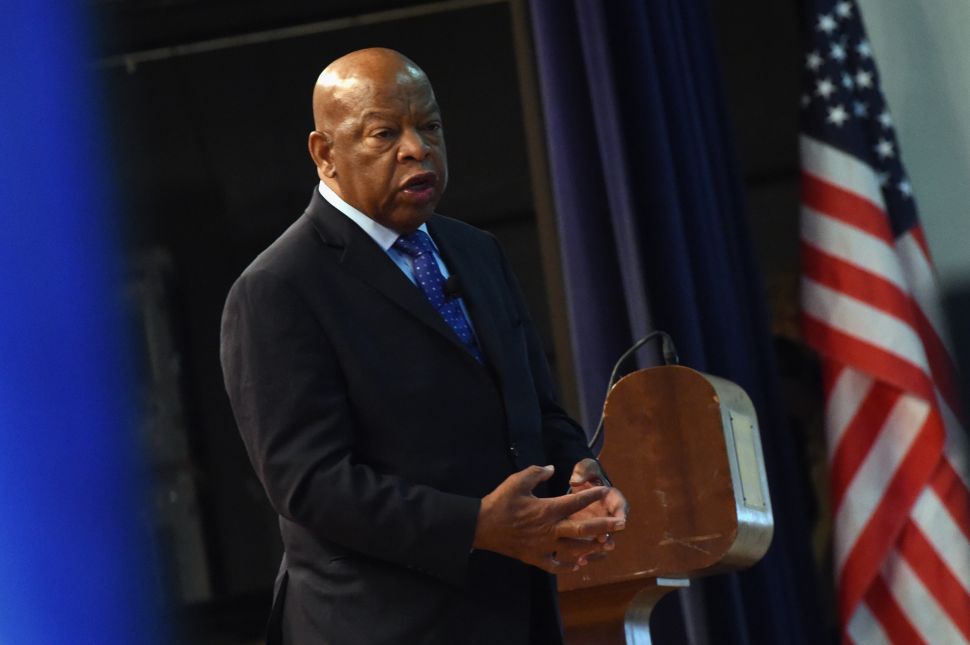