Want to hear something weird? I KNEW that my boyfriend, Iwan Rheon, aka Ramsay Bolton on Game of Thrones, was going to play Hitler in an upcoming British comedy. I also knew that Joseph Fiennes, aka Voldermort Jr., aka the priest from American Horror Story: Asylum, aka that one time he was Shakespeare, was going to play Michael Jackson in an upcoming British comedy. But somehow I didn’t put together that this would be the same British comedy, and that the plot would be “so Michael Jackson, Elizabeth Taylor and Marlon Brando walk into a bar take a famous road trip together and also Hitler is there and Littlefinger is nuzzling up to Cary Grant and Ron Weasley is HITLER’S FRIEND also, no, I’m not writing this while on Ambien, why do you ask?”

Either way, congrats to all my favorite GOT actors for taking literally ten minutes off of their shooting schedules to be in this series for Sky Arts, starting January 19th. (Good luck finding it stateside!) It looks great horrifying like something I will watch! 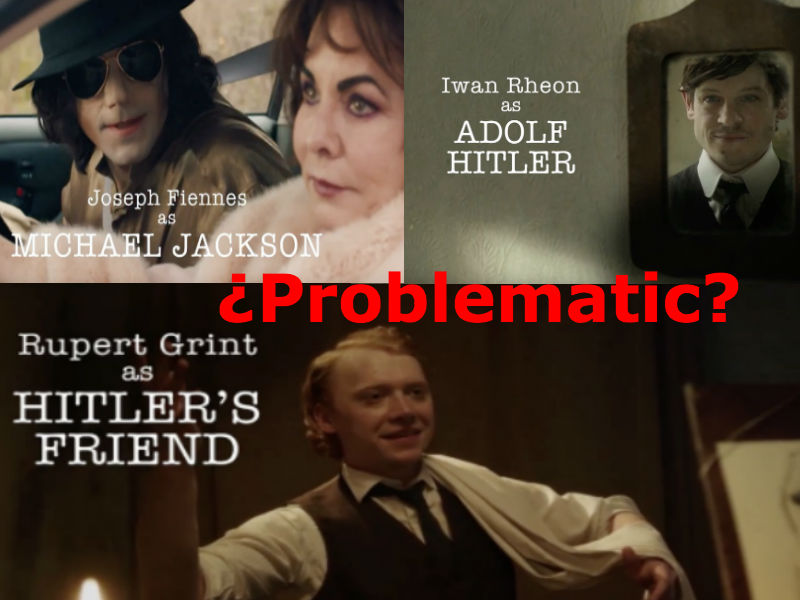