Lin-Manuel Miranda is everywhere—his musical Hamilton is packing in crowds every night on Broadway, and he’s nominated for an Oscar for writing the song “How Far I’ll Go” from Disney’s Moana.

Miranda, who’s currently filming Mary Poppins Returns in London, is also a prolific tweeter, with over a million followers on the social network. And given his viral fame, when he tweets about something the tweet itself can become a story. This week alone, Miranda’s tribute to the poet Edna St. Vincent Millay and his excitement about Roger Federer’s Australian Open win have spawned online content. The fact that Miranda tweeted out the articles about said tweets makes the whole thing extra meta:

On the one hand this seems ridiculous—the president wants to build a border wall with Mexico, block Syrian refugees from entering the U.S. and investigate nonexistent voter fraud. And yet journalists are wasting time writing stories about a Broadway star’s tweets?

But all this bad news actually makes Miranda’s tweets (and yes, the posts about them) more important than ever. Even when the world feels like a garbage fire, Miranda is there as an oasis of positivity on social media. Feeling bummed about the state of the world? Take a moment to laugh at Miranda grabbing a life size Oscar statue’s butt, or cheer him on as he takes part in the Women’s March in London.

Judging from a quick Twitter search, I’m far from the only person who feels this way:

I appreciate people who add light to whatever corner of the world they find themselves in. Exhibit A: @Lin_Manuel. You should follow.

Thank you @Lin_Manuel for providing us with something positive today. You rock. (Seriously, thank you) pic.twitter.com/hxEvdX7z9y

The articles about Miranda’s tweets (or those of any public figure) are valuable too, because they round up all the relevant information so people who aren’t on Twitter (only 24 percent of Americans are) can join in the fun. Heck, we’re guilty of writing our fair share of Miranda/Hamilton Twitter roundups ourselves!

But as long as quick stories about social media posts aren’t your site’s main focus (they’re certainly not at the Observer) there’s no harm in them. Most news is so depressing that it’s nice to take a breather now and again to write about a celebrity enjoying a tennis match.

So Lin-Manuel, thanks for being a light in the social media darkness. Don’t expect those tweet roundups to end any time soon—sometimes they’re the only things keeping us sane in a “world turned upside down.” 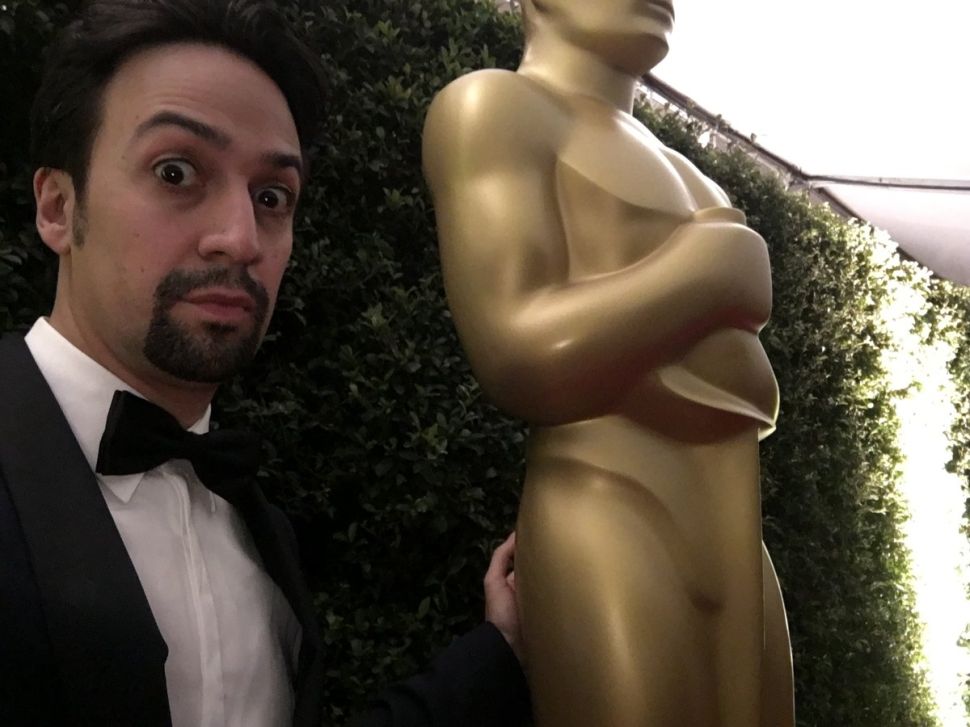