It’s an unusually warm winter afternoon in St. Paul, Minn., and Lukas Forchhammer and his Lukas Graham bandmates are relaxing before a soundcheck in preparation for a gig at the city’s Myth Live Event Center. The show is part of their second U.S. headlining tour in a year which takes them to New York’s Hammerstein Ballroom on January 28.

For the band, the past year has been a surreal mix of stratospheric highs and surreal life changes, all initially kicked off by the incredible success of their ubiquitous single “7 Years,” a song that most recently netted the band three Grammy nominations (Song of the Year, Record of the Year, and Best Pop Duo/Group Performance) and catapulted them from the most popular band in Denmark to a global force to be reckoned with.

“I think everyone was pretty taken aback,” says Graham from his tourbus in St. Paul, of the runaway popularity of their debut album, the bulk of which is about the sudden death of his father, love of family, and the fragility of life. “A year ago we didn’t think things could get better, but they’ve been getting better and better and better.”

In our talk, Graham reflected on his rough-and-tumble Danish roots, the week he realized he should focus his songwriting on his life, and how “at the end of the day famous people are just people and half of them are fucking idiots.”

Congrats on the Grammy nominations. Where were you when you found out?

We were driving from Minneapolis on the way to Philadelphia and were somewhere around Eastern Ohio. I was in the family bus with my baby and the mama. I called the guys on the other bus and Magnus [Larsson], our bass player, said, “I just read it online, is it true? Are we being pranked?” He handed the phone to our drummer Mark [Falgren] and I was like, “Dude, we were just nominated for three Grammys,” and he was like, “Dude, fuck off! I just woke up. Can you please tell me again?”

I said, “Are you dumb, deaf, blind or what? You’re a Grammy-nominated drummer.” When we got to Philly, we had an amazing dinner and they were knocked the fuck out by 10 p.m.

Now that you’re in the Grammy club, what’s it like? What happens? Does the ghost of a Grammy nominee usher you to a secret location?

[Laughs] I don’t know. We’ve been touring and touring ever since and only had some weeks off over Christmas and then went back on the road. What’s amazing about the Grammys is that it’s peers voting for peers. All the other artists, writers, performers, and musicians have deemed our songs Grammy-worthy and not in one category but in three.

“I like reminding everybody that just because we’re from the hood doesn’t mean we don’t have dreams and ambitions…We just have different values.

You’re making Denmark proud. That must be more rewarding than anything.

When you come from a marginalized neighborhood like I do [Christiania], society at large has always looked down on us coming from there. It’s kind of like coming from a rundown ghetto hood, but we just don’t have as much violence as a typical inner city because everyone takes care of each other and looks out for each other.

You have all these Danes saying, “Oh, you’re making Denmark proud.” When I was a teenager, there was none of this “making Denmark proud” bullshit. It was the kind of place where it’s you’re own fault you’re getting strip-searched by the police because if you were there, you’re probably doing something wrong.

I’m so glad to show the whole nation that what comes out of our neighborhood isn’t only drug dealers and offenders. It’s also people like my good friend who became a lawyer, my other friend who’s one of the best photographers I know; my good friend is the best graphic designer in the country. We’re not only rejects and scum; people are actually doing real stuff in my neighborhood.

I like reminding everybody that just because we’re from the hood doesn’t mean we don’t have dreams and ambitions and we don’t want to live a good life like everybody else. We just have different values. Our core values are family-based and more wholesome. If we can’t be famous and successful and rich while we’re happy, then I’d rather be happy without being rich, successful and famous. Throw the fame out the window any day.

You don’t need to put an economic goal on success or wanting to win awards. That’s all a byproduct of being happy while you’re successful. That’s my opinion, at least, and I know a lot of people will disagree. Coming from my neighborhood, being in agreement about a disagreement is a fine and valid end to an argument.

I think the only way to deal with what you’re dealing with, and to have a good head on your shoulders, is to look at success in that way. I know many people where fame is their only goal, regardless of furthering or bettering their craft. I think a lot of people in show business have this vision that once they’re famous everything’s going to be just great.

At the end of the day, famous people are just people, and half of them are fucking idiots. Why are we looking up to famous people like sports stars, when there are doctors trying to cure cancer or engineers trying to figure out how to get oil and plastic out of our oceans, or this farmer who found out a new technique to organically grow more wheat and barley in a certain amount of square miles?

Why are we looking up to Lukas Graham or Kanye West? And by the way, I love Kanye’s work. I just don’t get why we have to look up to celebrities. I studied law until I got my record deal and that’s the only reason why I have my head screwed on so solidly in terms of the business side of things.

I think without this outlook, you probably wouldn’t have been half as successful or get nominated for awards. You have to be grounded.

I would have written different songs. My main thing that I write is about life. I try to put some sort of authentic and real sentiment into the song.

And that’s so apparent. I wanted to ask you about the latest single, your third, “You’re Not There.” Like many people, my introduction to you was “7 Years” and then I heard “Mama Said,” and it’s been interesting peeling the layers off of your songwriting themes. I think the common thread is that they are all about life, the fragility of life, loss, as well as your father, what he taught you and what he meant to you. The songs are sad, yet happy. Fun, yet thoughtful. Did you have a moment when you said to yourself, “I want to write songs about life?”

Yeah, in February 2009, my grandfather was dying and I think he overheard me talking to some of my aunts that I was going to fly home for his funeral. I remember he grabbed my arm when I was leaving the hospital and he said, “Don’t fucking fly home from your adventure to my funeral.” I asked him “Why not?” and he said “Because I won’t be there.”

When he died I wrote a song called “Before the Morning Sun.” Within one week my grandfather died in Ireland, a friend of mine’s little brother got killed during an Israeli bomb raid in Gaza, and another friend I know was killed by a roadside bomb in Afghanistan. I was writing about my grandfather, who was a cool man. He was a hydro-electric engineer who wrote poetry and made art out of driftwood.

The demo for “7 Years” was recorded in one take on an $80 mic in Copenhagen and we couldn’t best it despite all of the technology at our fingertips when we were in the studio in L.A.; we couldn’t get a better-sounding vocal.

Let’s talk about how ubiquitous “7 Years” has gotten. It’s played constantly and I’m sure you’ve performed it a zillion times. Do you ever get sick of it?

It’s about everyone on stage being adamant about making an experience for the ladies and the gentlemen in the crowd. I did a lot of theater work from when I was 15 to when I was 20. I would like my live shows to be more like theater performances than concerts in the sense that we give the same show to everybody, except maybe the banter and how I introduce the songs change.

I know you had a daughter last fall. What’s fatherhood been like?

Amazing. Rewarding is probably the best word to describe it. It changes so fast, from not getting responses from an infant to getting smiles and starting to laugh and the movement. I do believe a series of great songs are going to come from my experience being a father. Definitely so. I won’t make a whole record full of lullabies, but I might add one lullaby for the next album. 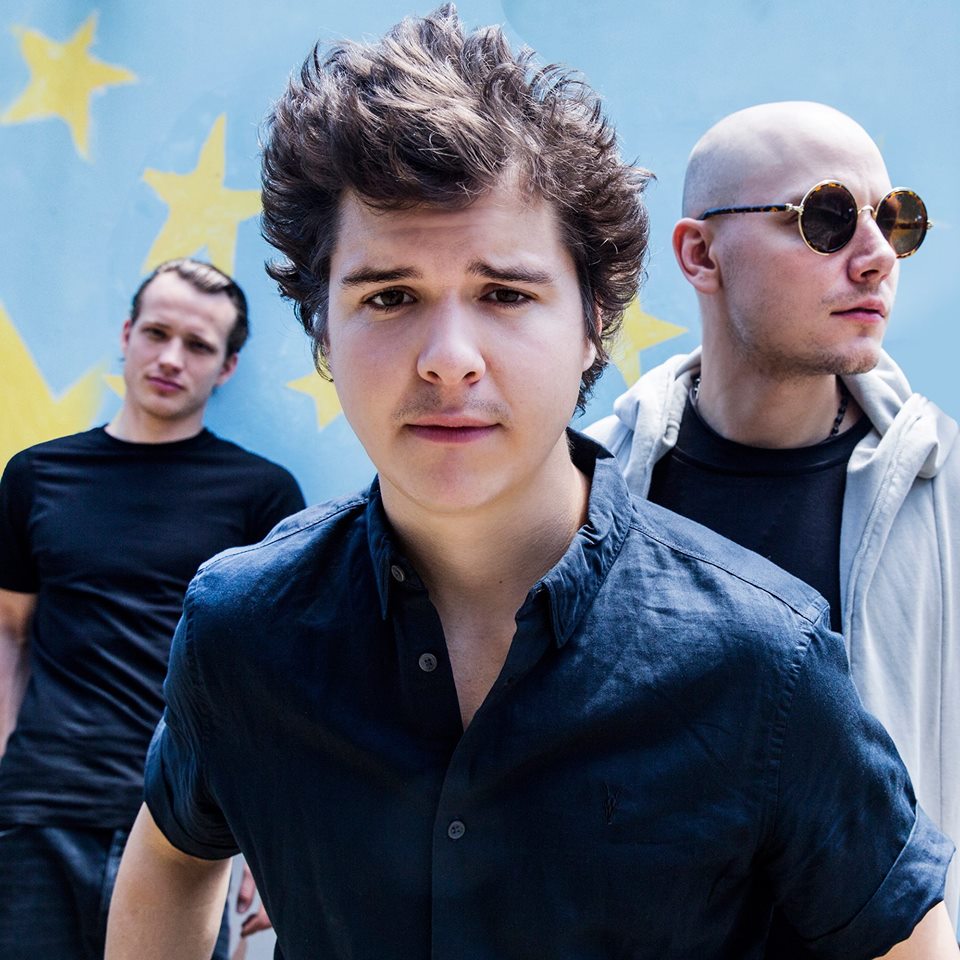