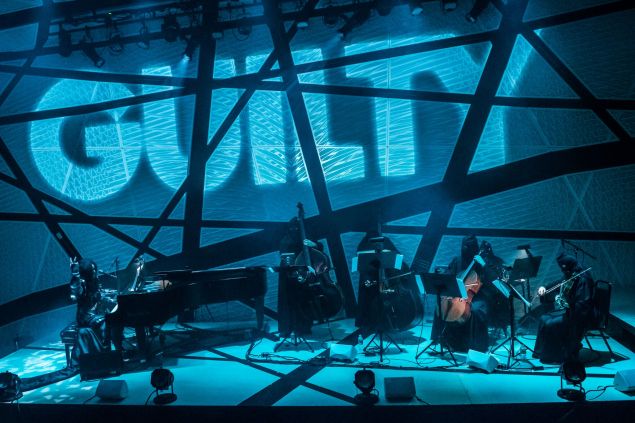 Well, no, that joke doesn’t quite write itself, but it’s a handy if reductive assessment of the final attraction in this year’s PROTOTYPE Festival, a messy, noisy but (I think) heartfelt concert piece called Funeral Doom Spiritual co-written and performed by M. Lamar.

The hour-long monodrama, offered last weekend at National Sawdust, combines wailing soprano vocals, a harrowing wall of electronic and acoutic thrumming and a virtuoso portrayal by Lamar of a creepy, self-indulgent pop star decked out in stringy hair and steampunk armor to address questions of ongoing and unaddressed racism in society. A black-hooded string quintet thrashes out an agonized accompaniment. The text (in collaboration with Tucker Culbertson) and score (with Hunter Hunt-Hendrix) allude to traditional African-American spirituals as a vehicle for protest.

In that sense, Funeral Doom Spiritual could be understood as a variation on Kathleen Battle’s Underground Railroad – A Spiritual Journey as seen in a dark and splintered mirror, with what might tactfully be called the improvisatory nature of the performance intended as an ironic commentary on a solipsistic diva’s attempting to make political art.

If only the content of Lamar’s piece felt less unironically thrown together! Rather, the show seemed to cherry-pick the surface effects of performance art of the past couple of decades (off-pitch, rage-fueled vocals; grainy video projections) without much structure or discipline. When you’re responding to centuries of institutionalized oppression, nobody with a heart can blame you for flailing. But, on the other hand, part of the composer’s calling is to give musical shape to that flailing, which goal I think Lamar failed to attain.

What he did accomplish, though, was creating and communicating a dramatic structure for his piece. It was in a sense a show within a show, with Lamar playing not himself but the aforementioned crazy/visionary male diva, and the concert taking place in a future post-apocalyptic era. In other words, Funeral Doom Spiritual was a musical drama, and even if the music wasn’t my cup of tea, I could appreciate that it told a story and created a mood most effectively.

In contrast, other pieces featured by PROTOTYPE this year, though musically more accomplished than Lamar’s work, left something to be desired as theater. Matt Marks’ Mata Hari, for example, felt like an adroit song cycle in search of a narrative. The libretto and direction, both by Paul Peers, tried to cram too much historical detail into the one-act show, using a predictable flashback technique. Marks’ pastiche-driven music seemed to indicate a camp/queer take on Mata’s unlikely career, but Peers’ banal text and frankly confusing staging left the fabulous Mata seeming anything but iconic.

Even the festival’s universally admired hit, Breaking the Waves, might have been stronger had librettist Royce Vavrek treated his source material, Lars Von Trier’s film of the same name, with more freedom. As Vavrek structured his text, almost nothing happened in the long first act except exposition. The salient dramatic action, i.e., Bess’s self-sacrifice as an expression of the depth and purity of her love, didn’t kick in until after intermission. Even then, the multiplicity of short scenes (a cinematic rather than a classically theatrical technique) seemed to diffuse the tension. Even Missy Mazzoli’s wrenching score labored a bit with Vavrek’s dilatory finale, seeming to trail off two or three times before the opera was actually over.

Curiously, the festival’s strongest dramatic piece was, like Funeral Doom Spiritual, a performance about a performance. David Lang’s Grand Guignol opera anatomy theater delivered maximum emotional impact not only through its truculent score but by observing the cardinal rule of any horror show: each shock must both proceed organically from the one before and surpass it, with the most heinous atrocity reserved for last.

PROTOTYPE’s track record on introducing contemporary opera to New York over the past five years has been astonishingly strong, and even this year’s mixed bag of a program was never less than thoughtful. As the festival moves onward, though, I hope I can look forward to an increased focus on effectively structured dramaturgy. PROTOTYPE is already superb; it if could just tell its stories better, it would be perfect. 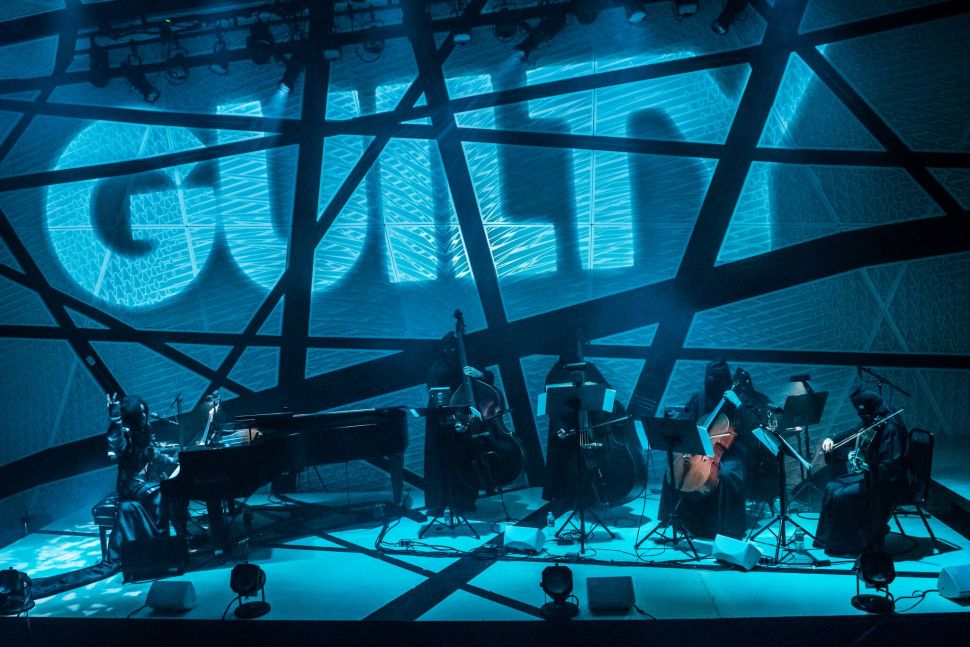