Now that the weekend has passed and the dust has settled, let’s take a sober look at President Donald Trump’s executive order (EO) on refugees.

The knee-jerk reaction from the Left and the mainstream media (but I repeat myself) has been to dub every Trump move a Reichstag fire, every uttered word a prelude to Hitler’s Germany. As they have done regularly since Trump was elected, the media has run with whatever narrative makes Trump look the worst, regardless of the facts.

I’m not saying this EO is a good thing—far from it. I don’t like EO’s, regardless of party, and agree with National Review that the one signed by Trump on Friday wasn’t rolled out properly. Then again, even if it was rolled out properly, the media would have latched onto the same “Trump hates Muslims” narrative. Let’s be clear that Trump will likely never be able to do anything that won’t result in some sort of “he hates X” from the media.

If one only reads the reactions to the EO and not the EO itself, one would think Trump “banned” Muslims from the U.S. This is not the case. The EO is more appropriately categorized as a “temporary” ban on those entering the U.S. from countries associated with terrorism. It’s a temporary measure that will expire in 90 days for all travel and in 120 days for refugees—except Syrian refugees, who are blocked “until such time as I have determined that sufficient changes have been made to the USRAP to ensure that admission of Syrian refugees is consistent with the national interest.” But let’s break down some of the elements the media has gone apoplectic over.

Some in the media initially reported the list of seven countries included in Trump’s EO—Iran, Iraq, Libya, Somalia, Sudan, Syria and Yemen—conveniently exclude countries where the president has business ties. While pointing out that Egypt, Saudi Arabia and the United Arab Emirates have killed Americans in terrorist attacks, the New York Daily News noted that Trump has multimillion dollar deals in those countries.

In reality, Trump didn’t make the list included in the EO—it was created under media darling President Barack Obama. Obama signed a law in December 2015 that restricted travel for some from Iran, Iraq, Sudan and Syria. Two months later the Obama administration added Libya, Somalia and Yemen to the list. This is the list that Trump is using. He could have added additional countries, but one wonders if he skillfully played the media in using Obama’s list.

Trump’s EO caps refugee admissions at 50,000 per year, which is about the number of refugees admitted under President George W. Bush. Obama increased the cap toward the end of his administration, but in multiple years during his presidency admitted about 50,000 refugees. As National Review’s David French wrote, “Obama’s expansion was a departure from recent norms, not Trump’s contraction.”

Further, on the issue of Syrian refugees specifically, the Obama administration didn’t bring in many until 2014, when it admitted 105, and then only 1,682 in 2015 and a little over 12,000 in 2016. Prior to that, around 30 were admitted each year between 2011 and 2013. Steven Moore, former chief of staff for Rep. Peter Roksam, offered a (tiny) reward for anyone who could find evidence of protests against Obama’s low admittance of Syrian refugees.

Stories abounded over the weekend of travelers being detained due to the confusion of the EO. That’s on Trump and the way the EO was rolled out. Nearly everyone who had been detained was released by Sunday night, however. Saturday night, the Department of Homeland Security released numbers pertaining to displaced travelers: 375 travelers were impacted on the first day after the EO. Of those, 109 were traveling to the U.S. and denied entry, 173 were denied entry before they even boarded their flights from overseas, and 81 were granted waivers.

That’s the thing: Trump’s EO specifically allows the secretaries of State and Homeland Security to “issue visas or other immigration benefits to nationals of countries for which visas and benefits are otherwise blocked,” on a case-by-case basis.

Claims of a religious test are also overblown, but not entirely made up. One section of Trump’s EO allows the secretaries of State and Homeland Security “to prioritize refugee claims made by individuals on the basis of religious-based persecution, provided that the religion of the individual is a minority religion in the individual’s country of nationality.”

While it isn’t specifically stated, it can be assumed that the majority of people falling into that category would be persecuted Christians fleeing Muslim-majority countries. That’s where the religious test comes in. Christian persecution is a huge problem in Muslim-majority countries, but we must remember that not all Muslims in those countries are terrorists or persecuting Christians.

With any executive order like this, there’s going to be a period of mistakes. It appears the initial confusion has already passed. That won’t stop the protests and outrage, but will help those traveling from the listed countries who aren’t terrorists (at least I hope the confusion has passed).

Raheel Raza, a Muslim human rights activist born in Pakistan, insisted to Bill Maher, host of “Real Time,” that Trump’s EO wasn’t “a ban on Islam, or any religion.” She said the EO was “about region, not religion” and that she had previously called for a similar moratorium long before Trump issued the EO. Don’t expect people like Raza to get much media attention.

There are a lot of problems with this EO, as there will be problems with any EO and any law signed by any president. But the constant conniptions from the media are going to make people stop listening. It’s become a regular habit to wake up and see a media freakout, only to watch hours later as corrections and walkbacks are made. Trump has been president for 11 days, and we’re already at a point where initial reporting from the media can’t be trusted.

So if you see articles about the latest monstrous thing done by Trump, wait a few hours to find out just how overblown the situation was initially reported. 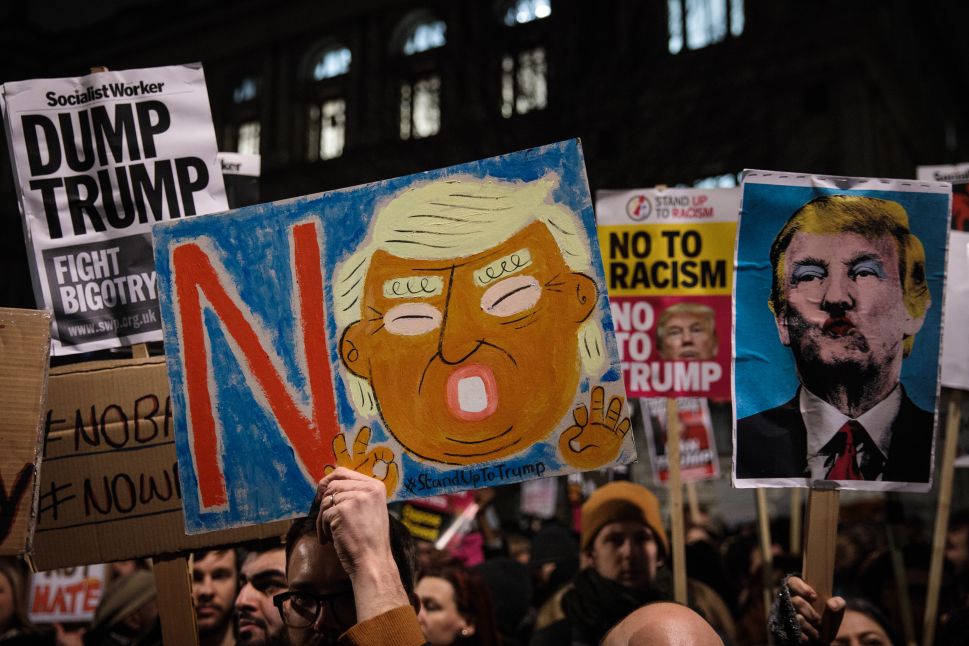