Anyone who is right-leaning and has ever read political news knows that the mainstream media has a left-leaning bias—and any Republican running for office was bound to receive far less favorable treatment than the Democratic nominee. If that Republican were able to win the presidency, coverage of them would also be hostile.

While the election itself brought about numerous examples of this disparate treatment (to be fair, Hillary Clinton did receive more negative coverage than one would usually see bestowed upon a Democrat), it was only after the election that the media seemed to lose its collective mind.

By that point, any story that made President Donald Trump look bad was published unchecked. Multiple corrections have been issued to the biggest stories involving Trump or Russia, yet the original, false, article remains better known. The two best examples of this both come from The Washington Post, which had to issue major corrections for two articles within a month.

The first correction was for an article claiming “a sophisticated Russian propaganda campaign” helped spread “fake news” that adversely affected Clinton’s chances of winning the presidency. An editor’s note on the article now reads that the Post could not vouch for one of the organizations mentioned in the article, a group identifying 200 websites that pushed fake news during the election.

The second correction was for an article that first claimed: “Russian hackers penetrated U.S. electricity grid through a utility in Vermont, officials say.” The article went through multiple revisions as other media outlets did the work the Post failed to do (the author didn’t even seek comment from the Vermont utility), and the headline now reads: “Russian government hackers do not appear to have targeted Vermont utility, say people close to investigation.”

Gee, if only they had done their jobs in the first place.

These stories ran in order to undermine Trump’s presidency by portraying Russia as trying to harm the U.S., whether by negatively impacting the U.S. election system or infiltrating the U.S. power grid. And because they served a specific purpose—feeding into liberal desires to believe the election was stolen from Clinton—the facts didn’t need to be checked.

The media has also spent time drumming up a narrative of contention throughout the country. A little more than a month after the election, when the Electoral College was set to vote and make Trump’s presidency official, the media began publishing articles telling the EC how they could vote against Trump and the people of their state. Some in the mainstream media eagerly sought out electors who planned to vote against Trump.

What actually happened, in yet another embarrassment for Clinton, was that more electors voted against her than Trump. The media never saw that coming because it didn’t want to know.

Most recently, the mainstream media has taken to disparaging Trump’s cabinet nominees in any way possible. The differences in the way the media treats Trump’s nominees to Barack Obama’s nominees back in 2008 is astounding. For just one example, one can look at how The New York Times covered Obama’s nomination of Tim Geithner for Treasury Secretary versus Trump’s nomination of Steve Mnuchin for the same position. In 2008, the Times focused on Obama’s decision between Geithner and Lawrence Summers for the post, and early on in the article described stocks rising after Obama’s announcement.

Criticism of Geithner was reserved for later paragraphs and simply glossed over, like his support for the bank bailouts.

Mnuchin is also tied to Trump’s policy proposals and readers are warned that he could attempt to roll back former President Obama’s Iran nuclear deal and re-impose sanctions on Cuba and Iran. The Times makes it clear that people should not like Mnuchin, in a way they never did with Geithner.

Mnuchin isn’t the only Trump candidate to receive negative attention, although the attacks on him are arguably legitimate criticisms. Other nominees have received downright animosity from press by way of hit jobs.

Last week, Trump’s nominee for energy secretary, Rick Perry, was the subject of a substance-free article claiming he didn’t know what the Department of Energy did when he was nominated. The Times claimed Perry thought the department dealt solely with energy and had no idea it involved the U.S. nuclear arsenal as well. Just one vague quote makes this assertion, and the person who gave the quote later told the Daily Caller that his statement was taken out of context.

Also, the person who provided the quote had been off the Trump transition team for a month before Perry was nominated. Also, the largest nuclear maintenance facility is in Texas, where Perry was governor for 14 years. Also, Perry’s statement regarding the DOE when he was first nominated included a mention of the nuclear arsenal.

Perry wasn’t the only nominee to receive unduly harsh treatment from the press. Trump’s agriculture secretary pick, Sonny Perdue, was mocked because he prayed for rain. It was framed as if he had done a rain dance, when in reality, as the Federalist’s Mollie Hemingway pointed out, Christians regularly pray for good weather. Yet Perdue was mocked by the anti-religious Left.

David Gelernter, a computer genius who may become Trump’s science adviser, was called “fiercely anti-intellectual” because he disagrees with liberal beliefs.

Trump’s pick for education secretary, Betsy DeVos, was mocked for suggesting a school in Wyoming may want to have guns because of the threat from grizzly bears. DeVos wasn’t saying that all schools should have guns because of bears, she was using an earlier example from a Wyoming senator to suggest that different schools have different needs, so making blanket claims would be unwise.

The media isn’t going to stop beclowning itself in order to make Trump and his administration look bad. It’s actually going to be fun watching the ways the media embarrasses itself over the next four to eight years. 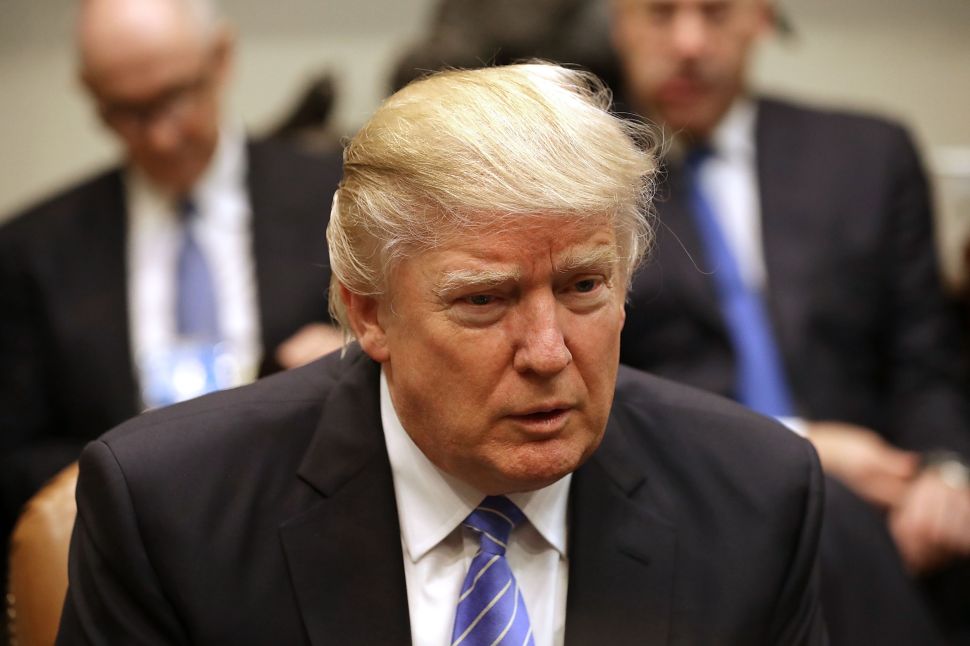