Shortly after Donald Trump’s election, a dedicated “Women’s March” popped up to protest the President-elect. The women who organized the event were clearly upset that Hillary Clinton didn’t win the presidency, as evidenced by their website’s repetition of the phrase “women’s rights are human rights,” apparently the only memorable thing Clinton ever said—back in 1995.

Current estimates for the Women’s March are sitting at around 200,000 attendees. That’s the number organizers for the march expected. So far, 1,800 buses have registered to park in Washington, D.C., for the march, which means around 100,000 people could be coming just by bus, according to D.C.’s homeland security director Christopher Geldart. He also said Amtrak trains are fully booked on Saturday, the day of the march.

Media outlets like The Washington Post have jumped on these numbers to over-hype the march and, naturally, embarrass Donald Trump, who will be inaugurated on Friday, the day before. The Post reported on January 12: “City parking permits for 200 buses are being sought for Inauguration Day. The number for the Women’s March: 1,200.”

Oh, ouch, Post, you sure nailed Trump. Looks like no one is going to his inauguration but everyone is going to the Women’s March. The Post’s numbers are a little out of date, as I showed earlier. There are now at least 400 buses registered to park in the city on Inauguration Day, according to a spokesman for the District Department of Transportation. He added that the number is growing daily.

That’s still far fewer than 1,800, however, so people must really be favoring the march to the inauguration, right? I mean, that’s what the media would have you believe.

Remember that current estimates for the march are around 200,000. Current estimates for Trump’s inauguration sit between 800,000 and 900,000. Now, some in the tourism industry are saying support for Trump’s inauguration has been lower than past presidents. Elliott Ferguson, the president of D.C.’s convention and tourism bureau, claimed “It’s been much, much slower than anyone would have anticipated for a first-term president.”

But please, media, keep pretending no one wants to see Trump’s inauguration.

Let’s go back to the bus disparity. There are a few things wrong with this statistic. For one, it is widely inflated by the demographics of the areas that are a bus ride away from D.C. Siheun Song, the president and co-founder of Rally, a company that helps people find buses to events, said the northeastern portion of the U.S. has “largely become sold out of motor coaches” for the day of the march.

Hmm, let’s take a look at the 2016 electoral college map. Oh, that’s telling. Except for Pennsylvania and a little bit of Maine, that part of the U.S. is cobalt. Isn’t it likely that the number of buses is tied to the number of people in bussing distance, and that distance is predominantly made up of liberal states?

Another problem with the bus statistic is that it only includes buses that applied for parking permits. Who knows how many buses—for the inauguration or the march—made private arrangements to park in areas where they don’t need a permit?

I’d also like to point out that 200,000 attendees isn’t that amazing. This is a one-time march set when tensions are high. Plan this march every year at the same time and let me know how many people keep coming back.

On that note, the March for Life occurs every year around this time, and despite the cold, hundreds of thousands show up each year to protest abortion. Between 2003 and 2009, the March for Life had about 250,000 attendees each year. That number began growing after 2009, to 300,000 by 2011 and an estimated 600,000 in 2013. And again, these people turn out every single year while the media ignores them. This year’s March for Life will take place on January 27. We’ll see how many people attend and how much media attention they will get.

And just to be a little petty, the Women’s March is supposed to be about women’s rights, which apparently organizers think will disappear when Trump takes office. This fear has been making me laugh since election night, as if Trump has the power—or desire—to take away women’s right to vote. Some of the concerns involve having to pay for birth control again, which was the norm until 2012. And to be clear, women are still paying for birth control in the form of much, much higher premiums and deductibles, but it’s worth it to save $30 a month, right?

Then there’s the little problem of the lack of inclusivity of the march. Pro-life feminists were not allowed to attend the march, because organizers believe that only pro-choice women are real women. Way to stand up for your sisters.

Speaking of the organizers, does anyone find it a little interesting that so many organizers and attendees are privileged women? Wealthy women from the northeast, plus celebrities and the directors of big name women’s organizations, all marching on D.C. to virtue signal that they are women and speak for all women (well, except for those pro-life non-women, we learned), and apparently “all women” dislike Trump, despite him getting 42 percent of the women’s vote in November. 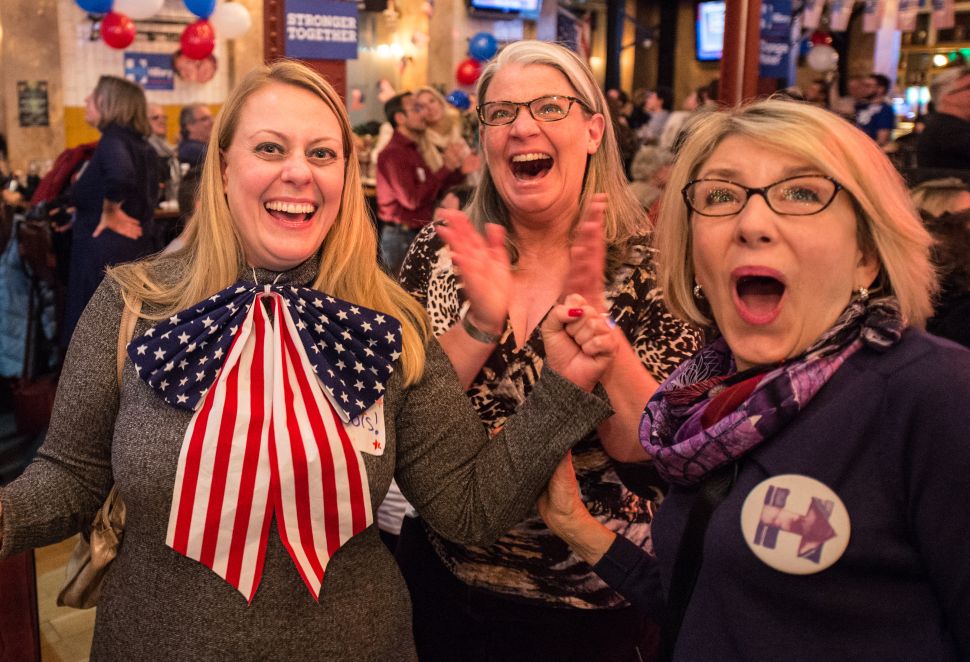