It’s looking grim at Medium, the CMS that thought it was a media empire. It laid off a third of its staff last week, as its co-founder and CEO Evan Williams announced in a post, where he wrote: “Upon further reflection, it’s clear that the broken system is ad-driven media on the internet.”

Medium is the home to news sites and amateur bloggers alike. It can be hard to tell, looking at any one post, what level of responsibility the writer you’re reading has committed to, as Atlantic writer Alexis Madrigal pointed out in the site’s early days. It has also come to occupy a funny space in the tech sector. When a young company tanks, founders that want to write a postmortem do it on Medium, breaking down lessons learned and—less often—how it feels.

So where will Evan Williams write one for his latest company if the site goes under?

With $132 million in venture funding, according to CB Insights’ data, and the star power of a Twitter co-founder at its helm, the company probably isn’t going anywhere anytime soon. Still, in Silicon Valley, all not-quite-good enough things must pass.

Union Square Ventures partner Fred Wilson says that 2017 will be the biggest year for initial public offerings since 2000, but that doesn’t mean we won’t have just as many startups evaporate as ever. In fact, there could be more, if irrational exuberance takes hold in the heart of would-be Elons. In that spirit, I decided to take a deep dive into this genre of Medium posts.

The following digs into 33 posts by founders whose companies went to pieces. I read more posts than that, but I decided not to include non-founders, posts about failed products from agencies and posts that were written so long after the sad events that the patina of distress that defines this genre has been lost. We aren’t the first to dig into these kinds of posts, and they can be found beyond Medium.

That said, we can’t help but think there’s a reason why founders gravitate to Williams’ site at the end, so we’re focusing on what readers find there.

Some of these posts engender an intense cognitive dissonance because so many of these founders write that it’s hard to find anyone who’s written about a startup falling apart. Yet, they came to do it on Medium. I can’t really believe that most of the people who wrote these kinds of posts didn’t know that Medium is rife with posts like theirs.

When it was time to shut down my failed startup, I scoured the internet to find stories of similar cases. I was looking for guidance, for reassurance, and for a reminder that I wasn’t alone. I found a black hole.

Tryon is a freelance consultant these days.

After running her original company for four years, Nikki Durkin now runs Codemakers, teaching kids programming. In 2014, Durkin shut down her first company, 99Dresses, writing, “You rarely hear the raw stories of startups that persevered but ultimately failed — the emotional roller coaster of the founders, and why their startups didn’t work out.”

I had three dozen tabs open in my browser as I wrote this that told a different story. Even more strangely, many of them simultaneously acknowledged that there’s a dogma of failure in the tech industry, which implies that somebody talks about it somewhere. So what’s going on?

These bloggers could simply be grasping to justify writing a post that could blow up and help them score their next venture, as some of these posts do. The culture of technology has become so rife with disingenuousness  that it can seem as if it is unethical to be honest, because doing so could let down your employees, co-founders and investors. Entrepreneurs may not even really think of flagrant spin as lying anymore.

Beauty in the weeds

As a kind of literature, there is not much to recommend these posts, usually. By and large, these writers simply aim to increase their renown by offering actionable insights. It’s not work to inspire admiration aesthetically, but that’s not to say that there’s nothing of lasting value here.

The posts that hold up simply as works of writing do so when they tell a story rather listing bullet points. Naturally, most failposts take a 50,000 foot view, as they must, but the writing shines at the rare moments that the scribe gets into specifics.

Billy Chasen of Turntable.fm (and then Ketchup, which also seems to be gone) captured the beginning and the end of his music startup in just one detail:

When we were first launching our servers, we needed a good naming convention for them. I jokingly thought of naming them after failed music startups. At first it seemed cruel, but it grew on me because I wanted it to remind us of the lessons from the past and also thought maybe it would be good luck (like telling an actor to go break a leg). The joke wasn’t lost on us when we named our final server ‘turntablefm.turntable.fm’.

Durkin’s post about how she felt as she wound her company down is filled with specific moments, making it over all one of the best single pieces I read. For example, she describes a real place where she spent one of her long nights of the soul. She writes that her sister had taken her for a walk, and “she sat me down in a park overlooking Sydney harbor at night time and made me listen to ‘Shake it out’ by Florence and the Machine.”

It was in reading this scene that it hit me how rare it was for one of these writers to describe just one real world moment along the way. This squares with an experience I’ve had covering startups. Founders get uncomfortable when I want to take a photo of their office or talk about how the team interacts in meatspace. They basically never do a good job telling the human story behind the scenes of their products, yet everything digital is an emergent property of our analog world. It helps to connect the two, and it reads better at the end.

Eventually, it becomes apparent that the people who write these posts envision another post to come, the one where they describe how the lessons from their first failure informed today’s wild success. These postmortems, at their most honest, are written as a first chapter or even a prologue to their coming epics. That said, sometimes one failure gets two posts more quickly.

Food delivery venture Take Eat Easy had two co-founders who felt the need to write two separate posts (which could be a clue into its demise).

Virtual assistant provider Zirtual’s CEO, Meren Kate, did a follow-up that was much more popular than her initial postmortem, nine months prior. In part two, she wrote that Silicon Valley has a problem with vulnerability. She’s now working on a venture that’s all about facing death.

The shutdown post for Secret from April 2015 may be the most widely read post of its kind, probably because David Byttow had built one of the industry’s most notorious mobile apps. He’s building a CMS called Bold now, for internal company blogs. In November, he wrote a follow-up post where he contended that even though Secret is dead, something like it should still exist, because while everyone knows most people live in a bubble, no one believes that they live in a bubble.

This could reflect that it may be some consolation to founders if someone else successfully executes on a thesis that he or she failed with. Tom Carrington-Smith appears to feel that way, based on his failpost from 2013. He has since co-founded CharlieHR.

In theory, these posts are written so that anyone who wants to enter the innovation economy can learn and keep running where their predecessors stumbled, but are these post really written for everybody?

Sometimes, two people can have wildly different experiences. Adam Zerner tried to create Yahoo Answers for the graduating high school senior, but later wrote that, “I overestimated peoples’ desire to help someone starting a startup and trying to do something good.” Yet when Julia Lam shut down her travel startup Bucket she wrote that, “The more you ask people for help, the more help you get.”

So what’s the difference between these two people who had precisely the opposite experience? Today, Zerner works as a software developer. As his post explains, he didn’t have those skills when he started in building his company, so he made personal gains. Lam, on the other hand, doesn’t seem to have taken on an ongoing new venture, at least not according to her LinkedIn page, but who she was before may actually be more important. She worked for a long time at Facebook, pre-IPO.

Could it possibly be that it isn’t necessarily true that the more you ask, the more people help, but it is true for folks who have joined the rarefied class of the tech elite. Like Lam. Like Medium’s founder. Maybe this genre came about—by and large—as letters from a privileged class, written for each other.

As Lam tried to shut down her travel startup Bucket, her post got so much attention that its dissolution turned into an acquisition. Even before she had that good news, she wrote that she’d spend several months following the shutdown doing what she loved, traveling the world. My guess is that most people who read this don’t have the luxury of assuming that they would be free to go travel the world after a company they founded folded. Most people would view founding a company as incredibly risky because they wouldn’t have a good answer to this question: What will you do if your company fails?

But Lam doesn’t stop there. Following her travel binge, she writes confidently, “it’s back to a bigger company.”

So here’s my note of caution to would-be Travis Kalanicks reading this out there: if you aren’t in a position to know confidently that there’s definitely some company that will pay you well following an unsuccessful venture, it might make sense to tiptoe carefully into founding startups. The lessons in these missives may not have really been written for us pedestrians so much as those who have the means to crash and burn.

And the posts might be written from a faulty premise, anyway. “You learn a lot more from failure than success,” wrote Moped founder Schuyler Deerman, in our last entry from this genre (who is now in stealth mode at Techstars). Is that really true? Do we really think, for example, that Reid Hoffman learned more from his short-lived dating site, SocialNet, than he has from running LinkedIn for the last 14 years?

Deerman’s statement captures one thread that runs through all these posts, phrases that sound quotably truthy, written without reflection on whether or not the statements are actually true.

“Most startups fail, and yet this industry doesn’t talk about failure nearly enough,” Durkin wrote. After reading so many of these posts, I have to hope she was kidding. 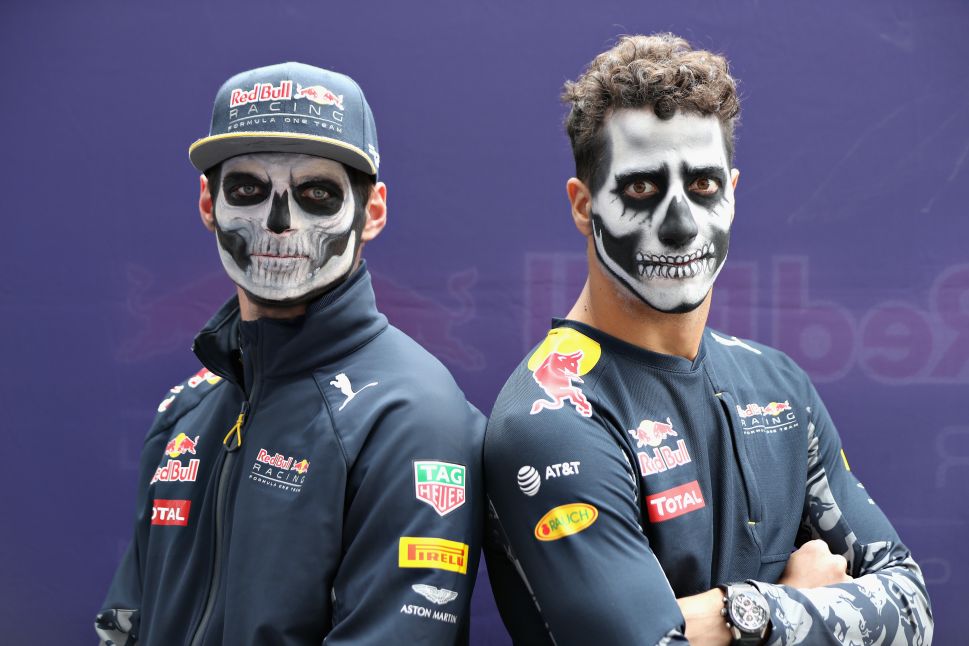