A real-estate-rich, thin-skinned, temperamental, yet charismatic celebrity who runs a tell-it-like-it-is political campaign attacking corrupt elites and promising a better life for the common man is accused of being unfit to serve, but after slogging through a mud-slinging campaign, complicated by sex scandals and an electoral college kerfuffle, he shocks the establishment and thrills his supporters by thrashing his more-experienced opponent and winning the ultimate prize—the highest office in the land.

Introducing the President of the United States. . . Andrew Jackson?

A handful of historians (as well as our current President-elect’s alt-right confidant Steve Bannon) have pointed out the eerie parallels between Andrew Jackson and Donald J. Trump.

If we want to know how our 45th POTUS-to-be will govern, instead of analyzing every late-night tweet and Trump Tower visitation, we invite you to climb with us into a time machine and go back nearly 200 years to explore the tumultuous and disruptive Presidency of Trump’s 19th Century doppelgänger, Andrew Jackson.

Five of Donald Trump’s biggest campaign promises were also made by Andrew Jackson. So let’s keep score. Did Jackson actually keep his promises when he got into office? How did it all work out? And what can Jackson’s presidency teach us about what a Trump presidency might be like?

Our Seventh president also intended to make America great again. But it was to be made great for those he loved—the common man—at the expense of those he hated—the urban elites and minorities.

Promise Number One: Drain the Swamp.

Jackson promised to eliminate corruption. He believed government workers who stayed too long in office became double-dealing profiteers. His solution: force government workers to rotate in. . . and then out…of office. As President, Jackson fired 10 percent of government workers for incompetence. No one was surprised that it was his opponents’ supporters who took the heaviest hits, and his own loyalists who were rewarded. It was the dawn of the “spoils system” and the political machine. Patronage became the new system. Business associates, sycophants, friends and relatives of the winning candidate knew they would be repaid for their loyalty with government gigs.

Score: Drain the swamp? Promise—kept. But this promise resulted in a much slimier swamp.

Our Seventh president also intended to make America great again. But it was to be made great for those he loved—the common man—at the expense of those he hated—the urban elites. When it came to making symbolic gestures for the common man, the farmers, craftsmen and laborers from the hinterlands, Jackson made good on his word. From throwing open the White House to the rabble at his post-inauguration party, to antagonizing the privileged class at every opportunity, Jackson showed the regular hardworking folk, I’m on your side. And in turn, they felt they had a champion in the White House.

But let’s get one thing straight. When Jackson championed the common man, it was the white common man he was looking out for. African-Americans didn’t fare so well under Jackson, a slave master. As President, Jackson blocked abolitionist newspapers from being delivered to Southern States, and in a sneaky move on his last day in office, he tilted the political balance toward slavery by recognizing (slave-holding) Texas.

Score: Make America great for the common man? Promise—kept. That is, if you were white.

Promise Number Three. Get the federal government off the backs of the people to get the economy going.

Jackson, who considered the Second Bank of the United States a corrupt, elitist institution, strangled it in a fit of pique. Jackson then snagged the funds from the national coffers and delivered them to the state banks. Boom is exactly what the economy did. America was rocking. Jackson pulled off something no other president has managed to accomplish, he paid off the national debt. But then Jackson thought things may be booming too much. He hated speculators, even though he had made his money being one himself. And so Jackson came up with a new scheme to quiet things down: An executive order that decreed that public lands could no longer be bought with paper money—only with silver or gold. The problem was people who bought land at inflated prices, couldn’t get the silver or gold to pay off their loans. The result? The greatest financial panic ever to hit the United States. Luckily for Jackson the reckoning came just after he left office. Not so lucky was Jackson’s hand-picked successor (and fall guy), Martin Van Buren, dubbed “Martin Van Ruin,” in the press and the loser by a landslide after one-term in office.

Score: Throw off the federal government to grow the economy? Promise—kept. That is, until the economy tanked.

Promise Number Four: Get the people we don’t want out of America.

Andrew Jackson never promised to build a wall to keep certain types of people outside of the country. But it was no secret that there were certain types of people inside the country he wanted to kick out: Native Americans. This policy of ethnic-cleansing was called “Indian Removal.” Whenever and wherever white people hungered for Native American lands, whether for cotton in Alabama, or gold in Georgia, Jackson brutally exploited every tactic—bribery, threats, empty promises, coercion, inaction and even willful disregard of the Supreme Court—to drive the Native Americans out of United States proper and across to the other side of the Mississippi River.

Score: Removal of the Indians? Promise—kept. But at a terrible human cost. Jackson’s ruthless policy of Indian Removal—from the six-year Cherokee Trail of Tears to other mass expulsions—destroyed forever the culture, livelihoods and populations of many tribes.

Promise Number Five: Build a movement that will last.

Jackson, a political genius, mobilized the regular people to win the Presidency, not once, but twice. In the process, he reinvented how America was governed and how the country saw itself. How did he do it? He promoted a hero-cult and was the first candidate to brand himself. Affectionately known as “Old Hickory,” for his toughness and resolve on the battlefield, the former major general sold his image to voters with parades, bands, slogans and campaign songs, as well with celebrity-styled merchandise, including hickory canes and hats (yes, hats!) covered in hickory leaves.

But Jackson and his allies also built something else never seen before: A grassroots movement of people in every county, ward and precinct in the country who joined together to work for the cause. These loyal Jackson supporters—ranging from regular folk to political heavy hitters—self-organized to fundraise, proselytize, spread propaganda, organize events, report back to Jackson on the mood of the people and get out the vote on election day. This movement was actually the first modern political party, an organization devoted to advocating for causes and winning elections.

Score: Build a movement? Promise—kept. Jackson’s movement, by the way, not only still exists today, but is the world’s oldest active political party. Although its governing philosophy has evolved over time, you may have heard of it, it’s called the Democratic party.

So what can the 7th POTUS’s reign tell us about the upcoming 45th’s? No matter how radical Jackson’s promises, he did keep most of them. Which is good news if you like Donald Trump’s ideas of what America should be…but terrifying if you don’t. 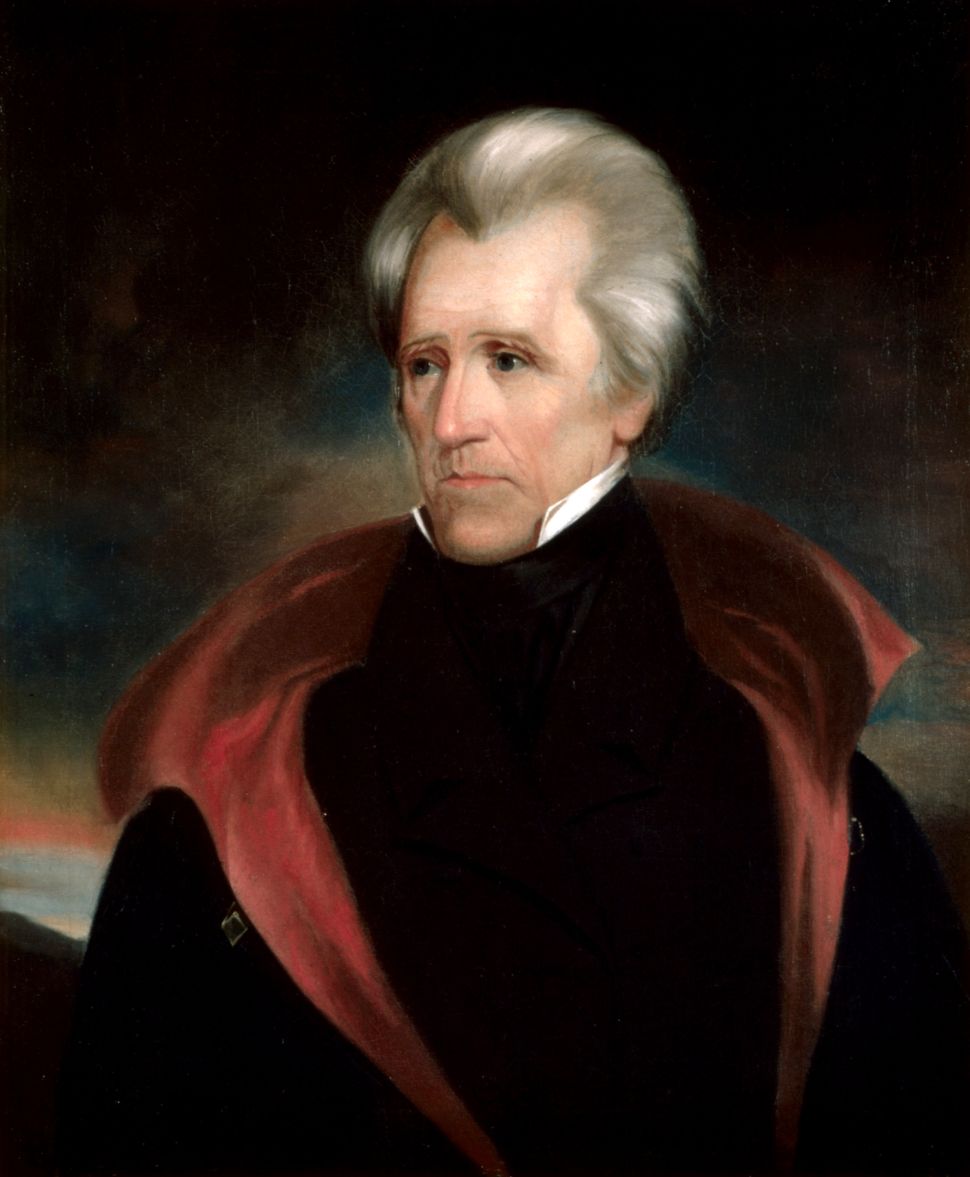