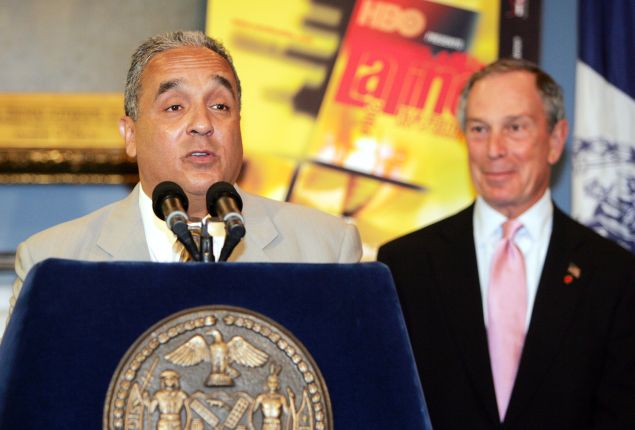 President-elect Donald Trump isn’t too popular with Latinos or with musicians—but he’s got the backing of one Nuyorican trombone legend.

Willie Colón, who received a Lifetime Achievement Grammy Award from the Latin Academy of Recording Arts and Sciences in 2004, has spent the past several days sharing pro-Trump and anti-Democrat content with his three million Twitter followers. Born in the South Bronx to second-generation immigrant parents, Colon became famous in music circles for fusing the musical stylings of Puerto Rico with American rock and jazz, and famous in New York political circles for running Congress and Public Advocate and later becoming an advisor and advertiser for ex-Mayor Michael Bloomberg.

On Monday, Colón shared an critical meme about Georgia Congressman John Lewis, a 1960s civil rights icon who asserted over the weekend that Trump was not a “legitimate president”—prompting the president-elect to label the longtime activist “all talk” and “no action.”

Colón also shared an article from the conservative site World Net Daily entitled “8 Other Extremist Outrages From Democrat John Lewis.” Also on Monday, the musician posted a cartoon in both English and Spanish criticizing popular reactions to Trump’s election.

Finally, this morning, he shared another meme criticizing the growing list of Democratic elected officials who have decided not to attend the inauguration on Friday.

In a phone interview, the artist told the Observer he voted for the GOP nominee despite being a lifelong registered Democrat—in large part because of his distaste for Hillary Clinton. He added that the boycott of Trump’s inauguration ceremony by both musicians and politicians was “disgustingly irresponsible,” and had prompted him to lash out online.

“The boycott, and things like that, are really pissing me off. People are taking it too far, and I think it’s dangerous,” he said. “It seems like the Dems are just desperate to obscure everything, their failure, and they’re trying couch it in the Russians and a million other reasons. But they just had a really bad candidate.”

The performer of “El Gran Varón,” a song about a transsexual AIDS victim, backed Clinton for president in 2008. But he said her tenure at the State Department disillusioned him, and he accused her of constant political “horse-trading.”

Colón, who today serves as a part-time sheriff in New Rochelle, where he makes his home, also accused Democrats of deliberately provoking some of the riots that broke out in cities like Milwaukee and Chicago following police killings of black people. The musician said he believed many activists are well-intentioned, but that the politicians are not.

“It’s how they get people to vote, by riling them up. And the byproduct of these things has been a lot of violence, and confrontational politics,” he said.

The trombonist released his first album in 1967with another salsa pioneer, the late Héctor Lavoe, on the famous Fania record label. He would often infuse his music with political themes and social commentary.

He formally entered politics in 1994, when he unsuccessfully challenged Bronx Congressman Eliot Engel in the Democratic primary. He ran for Public Advocate as a Democrat in 2001, and garnered more than 100,000 votes even as he fell to Betsy Gotbaum.

In 2005, he appeared in Spanish-language ads for Bloomberg while the Republican-turned-independent pol was seeking re-election against Bronx Borough President Fernando Ferrer, a Hispanic Democrat. The mayor later appointed Colón to his Latin Media and Entertainment Commission.

The musician told the Observer he was only interested in participating in politics in the future as an advocate—for instance, against the socialist government of Nicolas Maduro in Venezuela—not as a candidate. He did, however, say he would happily become one of the few entertainers performing at Trump’s inauguration if asked.

He also advised Trump to reach out to the Puerto Rican community by helping the island territory renegotiate its crippling municipal debt.

“It would go a long way to amend, and to create a good relationship,” he said. “And I think he should have more salsa at his events.” 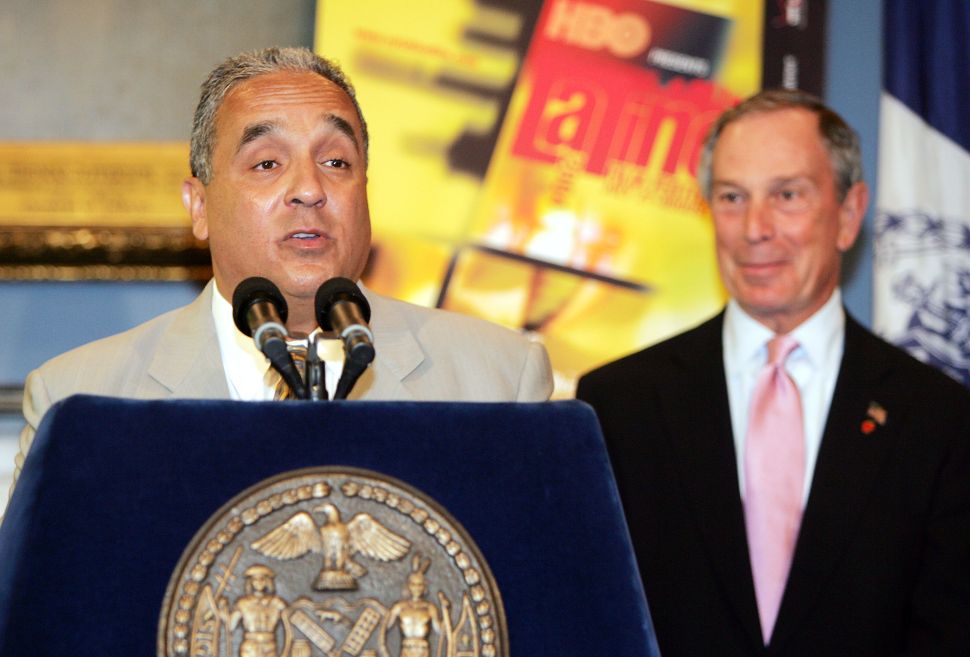