Now that Megyn Kelly is leaving the right-wing Fox News Channel on cable for the more moderate broadcast network of NBC, will she still tell her audience that Santa Claus and Jesus Christ are white?

Will she still race-bait about issues like the “new Black Panther Party” with menacing videos in heavy rotation of guys in leather costumes and sunglasses hanging out at the polling place?

That race-baiting attitude served Kelly well at Fox. But it might not go over so favorably on a network where Lester Holt, a man of color, is the lead news anchor.

And what color, pray tell, Megyn, is the NBC peacock? (Trick question, that. Call it a “Megyn Moment.”)

Kelly and NBC announced Tuesday that Kelly—whose last Kelly File show on Fox airs Friday—will soon star on a daily, daytime show during the week for NBC and on a Sunday evening news magazine.

In addition, as she said on Fox Tuesday, “You’ll see me there on the big nights, too, for politics and such.” She said it with a catch in her voice, her eyes moist. She showed why she’s TV’s $20 million news actress, or, as Steven Colbert once put it, a “Hitchcock victim.”

All her promises could pose problems, starting with Sundays. With NBC committed to NFL football on those nights for four months a year until 2022, might the network eliminate an hour of its pre-game show to put Kelly on at 7 p.m., opposite 60 Minutes on CBS?

As for her daily show during the week, might Kelly angle for a one-hour chunk of the Today show? And when covering the “big nights” of news on NBC, who will she shove aside?

Her timing is good. Now that Donald Trump is about to become president, he’s chosen Fox as his sanctuary network and Kelly burned many bridges there in the last couple years by (a) challenging Trump’s sexism with a loaded, pointed debate question and (b) siding with other victimized women at Fox in the sexual harassment scandal that led to the departure of Fox emperor Roger Ailes.

“If somebody is paying you a wage,” O’Reilly said last year, when asked about Kelly, “you owe that person or company allegiance . . . I’m not interested in making my network look bad.”

She made Trump look bad in the first Republican presidential debate when she asked The Great Leader:

“Mr. Trump, one of the things people love about you is you speak your mind and you don’t use a politician’s filter. However, that is not without its downsides, in particular, when it comes to women. You’ve called women you don’t like `fat pigs,’ ‘dogs,’ ‘slobs,’ and ‘disgusting animals.’”

Kelly went on about how Trump told a female contestant on Celebrity Apprentice that she would be a pretty picture on her knees.

“Does that sound to you like the temperament of a man we should elect as President?” Kelly asked.

With precognition, Kelly set the tone for much of the campaign: The issue of Trump’s crude sexual attitudes. He took the bait after the debate by saying Kelly had “Blood coming out of her eyes . . . out of her whatever.”

That sounded like a reference to female menstrual bleeding. Later in the campaign, a tape from Access Hollywood revealed Trump bragging about his approach to women whose looks he likes.

Trump got a majority of the Electoral College votes while winning a minority of the popular vote despite Russian internet hacking of Democrats that—American intelligence sources say—was designed to benefit the Republicans, a charge Trump chooses to deny.

It will be interesting to see and hear how Kelly discusses issues like that with Katy Tur, NBC’s campaign reporter who was sometimes singled out by name for vilifications by Trump at rallies.

At Fox—especially with the women fleeing the place recently—Kelly had little female competition. Now, there’s Andrea Mitchell, among others.

Perhaps Kelly will thrive there. On camera, she delivers like nobody in the business, the best pure performer since Keith Olbermann.

She emotes. Her facial expression and tone of voice tell you what to think. Her voice is URGENT! She speaks in exclamation points!

She will be missed in the 9 p.m. hour against Rachel Maddow on MSNBC who, like Kelly, is the star of her network despite differing with Kelly in political sensibility, narrative delivery and appearance. Unlike Kelly, Maddow does not sit at a glass desk in low-cut, short dresses and designer heels.

It might seem logical that Fox would replace Kelly with a female anchor acceptable to Trump, who would thereby be assured of air time should he desire it in prime time.

He just couldn’t feel safe with Kelly, whose rapprochement attempt in Sunday prime time with Trump last May yielded no news, mediocre ratings and an icky feeling upon the viewers. Kelly opened the show before a gauzy, white background that made it look as if she was not at Trump Tower but in Heaven to interview God.

Speaking of God, Kelly’s comments about Jesus being white came in 2013 in a discussion about a Slate piece urging racial diversity among Santas. She had to take back the part about Jesus, asserting that Christ’s race is still a matter of debate (like climate change, we suppose).

“Jesus was a white man, too,” Kelly said, at first. “He was an historical figure. That’s a verifiable fact, as is Santa. I just want the kids watching to know that.”

Two days later, in a five-second retraction, she said of the color of Jesus “That is far from settled.” Hey, wouldn’t that make a great segment on the magazine show on Easter Sunday? 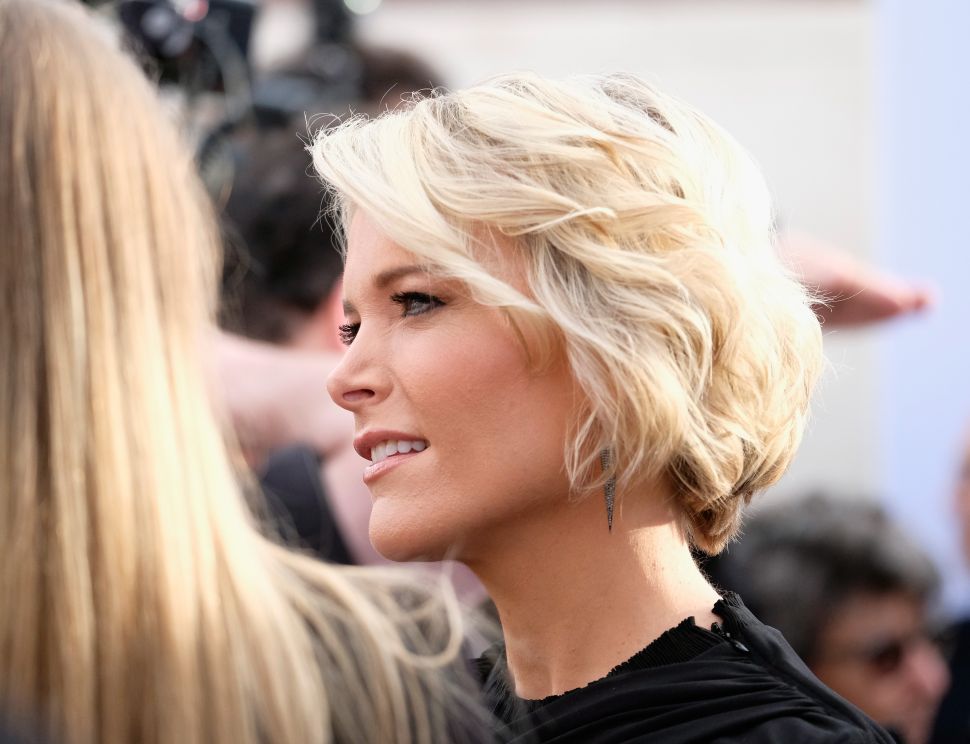