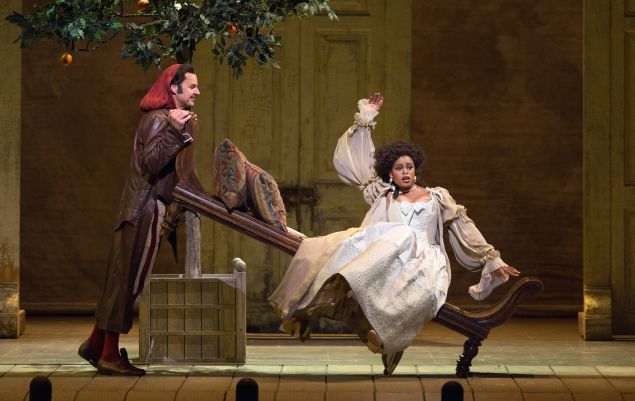 The Metropolitan Opera’s 2017-2018 season hasn’t even announced yet, but a good deal of the luster of the program was already dimmed Friday afternoon when the company announced the shelving of a particularly intriguing project, a new staging of Verdi’s music drama La Forza del Destino by the controversial and brilliant director Calixto Bieito.

The reason given for the abrupt cancellation was that familiar complaint we’ve heard for the better part of a decade now: costs are too high while ticket sales remain soft.

The reasons for the Met’s less than spectacular performance at the box office remain somewhat obscure, particularly since, on a day to day basis, the company offers what is likely the strongest casting of any opera company in the world. The starry singing in a couple of revivals last week suggests that, at least in repertory operas, the Met is in something of a golden age of vocalism.

On Friday night, the season’s second performance of Rossini’s Il Barbiere di Siviglia showcased the emerging superstar soprano Pretty Yende, whose sheer charisma was sufficient couple of weeks ago to land her a coveted spot on network television. Her sparkling personality—she seems almost literally to glow onstage—is more than matched by the splendor of her light soprano voice, which offers an unusual combination of glamorous tone color and a stratospheric extension to high F. Some artists make opera sound like hard work, but for Ms. Yende it’s pure play.

Opposite her, tenor Javier Camarena was also having a ball, whizzing though Almaviva’s ornate lines with audacious speed. He is also the funniest performer of this role at the Met since Juan Diego Flórez sang the first season of the airy Bartlett Sher production a decade ago, poking fun at how his compact stature contrasted with the willowy Yende and the towering Figaro of Peter Mattei (also a veteran of Sher’s staging, though here sounding vocally worn.)

An even more sumptuous pair graced the Met’s revival of Puccini’s La Bohème the night before, with the creamy soprano of Ailyn Pérez sounding almost too voluptuous for the role of the frail Mimi. Where this vocal richness paid off was not only in the towerigng pathos of the heroine’s “Addio” aria in the third act but in her final scene, when the artist gradually bleached the sound of color, suggesting life draining from the sick girl’s body.

The most exciting of all these performers, though, and surely one of the most electrifying singers on the Met’s roster, was tenor Michael Fabiano as the jealous poet Rodolfo. While there is great beauty in his basic timbre, particularly in the middle octave of the voice, his real forte is his ideal mastery of Italianate style. Many other tenors can capture the sweet, sentimental side of this opera, but Fabiano’s aggressive attack reminds us that Puccini’s roots were in verismo, realism. He finds in Rodolfo a core of anger and desperation that seems to cry out against social injustice.

The tenor’s next Met assigment is one even more worthy of his volcanic talent, Willy Decker’s searing take on Verdi’s La Traviata. In the meantime, he sings La Bohème one more time at 1:00 this afternoon on the Met’s live broadcast of the work. It’s free and therefore a perfect way for beginners to get a taste of what opera is like—even if your financial condition is as precarious as the Met’s. 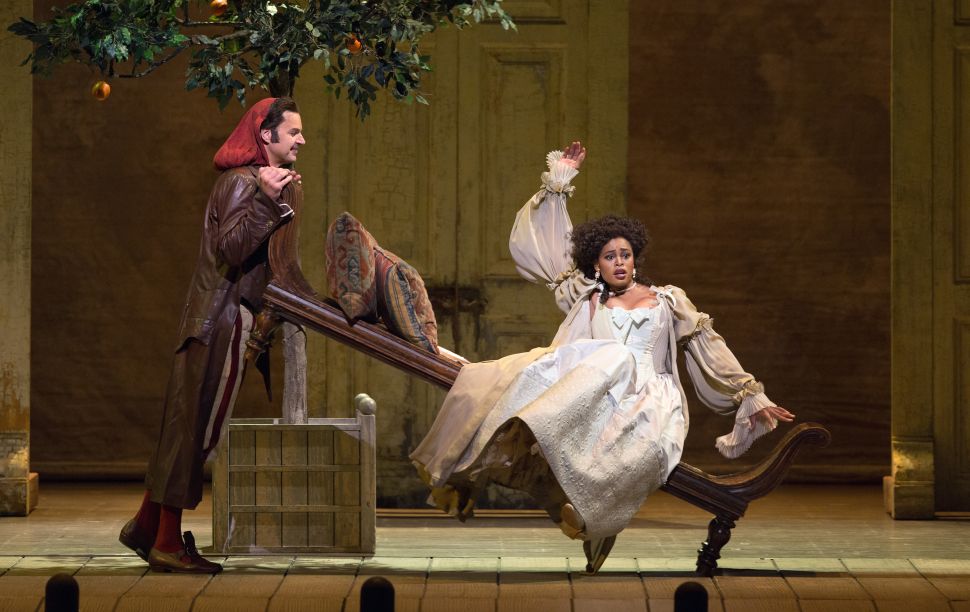