In the much awaited book, Cooking Gene: A Journey Through African-American Culinary History in the Old South, chef, food historian and blogger Michael Twitty recounts cooking “discomfort food.” The rotund Twitty, who evokes a young, black, gay Jewish Paul Prudhomme, explores the sometimes-bitter taste of the cuisine of his enslaved ancestors. For instance, Twitty, 39, who once spent a 16-hour day in the fields picking cotton to experience one shift that his relatives endured, then forced down an “ash cake,” which he described to Observer by phone as a cornmeal pancake without “anything good about it. No sugar, no butter. It’s white cornmeal and that is hardened into a cake by fire and literally cooked in the hardwood coals of a fire.” He took a long breath and went on: “Imagine having these bleeding hands from picking cotton and then running back into the kitchen to stir somebody’s food? Food that you can’t eat. Keep that in mind. This whole myth about enslaved people eating what the master ate is just nonsense.”

You talk a lot about your grandfather. What was it like eating at his table? The first time I went to South Carolina and consciously remember meeting my grandfather, I was about 6 years old and did not like soul food. I hated Southern food. I hated all of it. The only thing I wanted was the stuff you saw on TV. The first thing I saw on the table in South Carolina was Hoppin’ John, basically field peas and rice. Oh, I was horrified. I cried and I cried. And so, late that night in country South Carolina, my father and my cousins took me to the Piggly Wiggly for fried chicken and biscuits.

Close your eyes, what comes to mind about your grandmothers’ kitchens? Sea foam green wallpaper. Cast iron pots and pans hung up. You could smell the butter. The carmelization. A boiling potato on the stove, because she made bread with a little bit of potato. Jars of jam, so there would be peaches and blackberries. It was a production. I literally have pictures of me dressed in a soldier’s suit guarding my grandmother’s kitchen on bread day. I was not going to let anyone take granny’s bread from me.

As you researched your book, what surprised you about the way your ancestors ate? One of the most thunderous revelations was looking at the probate records of my fifth great grandfather, who was white.

Where did he live? North Carolina. He was a plantation owner. He had over 40 enslaved people. He owned a thriving cotton plantation. He was also a reverend. He had steak plates and a waffle iron. He had a biscuit breaker. The people who came to his table ate really well. All I could think was, “I would never be invited to this man’s table.” I could show up and say, “Hey, I’m your descendent.” And he would say, “Get the hell out.”

What’s it like picking cotton for 16 hours? Brutal. The sun hits the lint of the cotton and it is like sun on snow. You can’t see anything. You can’t see branches, leaves—all you see is glaring whiteness. Every time I picked cotton I did it alone. You could imagine the sorrow songs, the work songs that became the blues, became jazz, became gospel, became spirituals.

What did you sing to yourself in the fields? I tried spirituals, but they did not work. They were too slow. I had my iPod. I figured out that they had up-tempo work chants that pushed you along. When I started playing those Alan Lomax recordings, I flew. And I was fast and then midway through I had a little breakdown. I literally stopped, closed my eyes and opened my eyes up again, and I had this epiphany: I’m surrounded by black bodies, enslaved people. I closed my eyes, opened them up again, and there’s nobody there. It caused me to sit down and cry for about 20 minutes.

I understand that you invited Paula Deen to dinner after news came out that in court proceedings she had been accused of using the word nigger. Did she ever take you up on your offer? Never heard from Paula. The offer stands.

As a Northerner, when I think of Southern food, I envision a menu of candied yams, pulled pork and cheese grits. Why do you think those dishes have become the calorie-laden ambassadors for your cuisine? Much like Jewish food, nobody in a shtetl ate brisket or pastrami every day. They were eating black bread, potatoes, cabbage and herring—almost like enslaved people. But this boring, rustic food that was not horrible but didn’t taste great all the time, but it got you through. All ethic groups have made celebration food the standard and made everyday food the rare.

What dish from your research sticks with you? One of my favorite foods from this project was plasas, and it’s basically greens and rice. It’s got garlic and peanuts, basically a vegan meal within our heritage. Those foods would have been eaten in the colonial, antebellum and post-bellum South.

What dish do you hope your book popularizes? Persimmon beer. It’s neither wine nor beer. It’s somewhere in the middle. I like it because it tells a story. Africans in the South negotiated their environment on their own terms. In West Africa, you have the ebony tree, which is the same genus as the American persimmon. The fruit and the usage are very similar. They used the fruit of this tree the same way they did back at home. Persimmon beer was cause for celebration. It was taken to the fields as refreshment. It was something I learned to make by my paternal grandmother. It has an apricot, peach, lemon sherry taste. It can be quite potent. On one occasion in Virginia, I was cooking on the same day as a Civil War reenactment. These guys are not politically, culturally my people. But in terms of bringing the past to life we share a passion, and they found out I had persimmon beer. And I sat around drinking persimmon beer with a bunch of Confederate re-enactors. I brought two big gallon jugs with me, and they cleaned me out.

You once told an audience in England that African-American culture is constantly being “misappropriated, misused and abused.” Isn’t appropriation really a form of flattery? Maybe if you’re Jewish. So Israel Zangwill, who coined the phrase “the melting pot,” gave ethnic groups, particularly Jews, this vision that in America, the golden land, your differences won’t matter any more. We’ll all blend in. We’ll all be Americans. And what we share and what we blend will all make up for centuries of oppression. If you are black, you were not allowed in the melting pot. You were the wood that fired it, but you weren’t allowed in it. So there was a constant sense that your culture could be refined, could be improved upon. It was not like the borrowing people did from us over three centuries before we achieved some level of relative social equality did us any good. Can you really say Paul Whiteman directing a jazz band created equality for black people? Can you really say that they flow of African and Africanized foods in the South created parity for African-Americans? Moved us along financially? That’s the difference.

For other people, their ability to blend in with whiteness, you have the privilege and the platform. Of course, you don’t have to be Jewish to eat Levy’s Rye. “Oh my god, look at the success we achieved in the Goldene Medina (golden country). My father came from a shtetl. He would never dream of this.” That’s not a Black conversation. Another reason I have access to those words is that I’ve been part of the Jewish community for 15 years, and I grew up with American Jews my whole life, so I know the narrative of “They’ve done something like us, that’s awesome.” With Black folks, people take, they move along, and we get forgotten. “You Ain’t Nothing But a Hound Dog,” who sang that originally? Not Elvis. Big Momma Thornton. Now folks don’t even know who she is. Amplification has been the strategy of black folks for years. That’s the purpose of Black History Month. To amplify our role. No, no, no! We are partners in the creation of America. We are pioneers and respecting our culture means you can quote, you can borrow, you can share, but just don’t take and don’t disrespect. 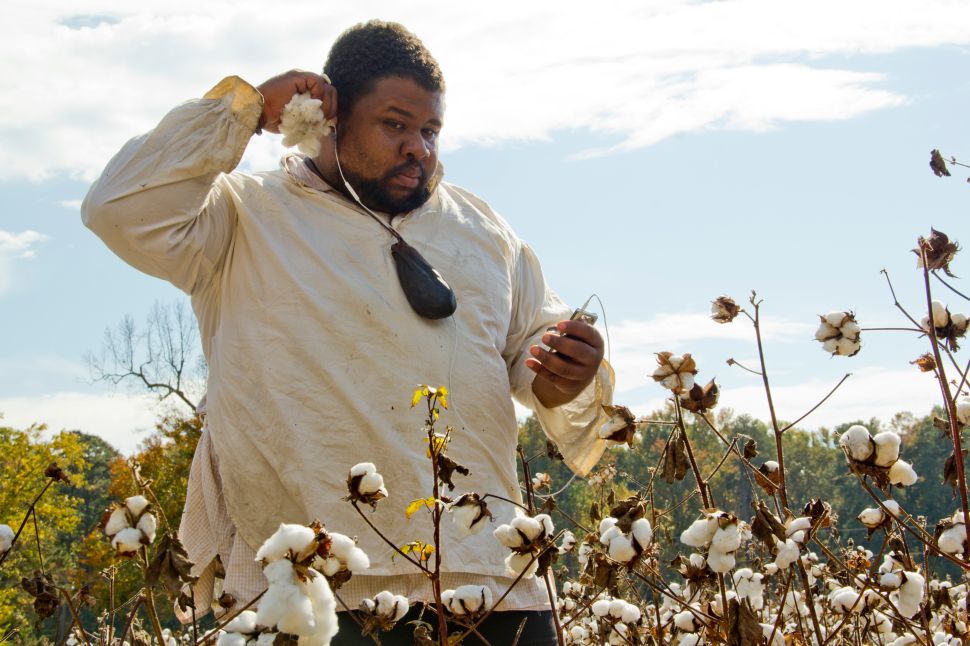