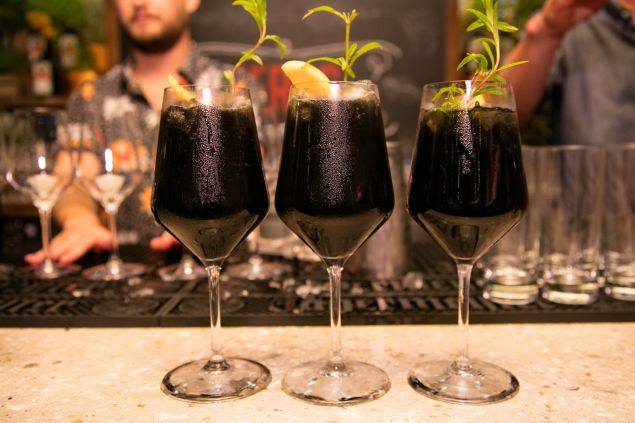 Combine all ingredients except wine in a cocktail shaker and strain into a rocks or wine glass. Top with sparkling wine and garnish with an orange wheel and tarragon sprig.

Though some customers still assume bartenders as good listeners who just pour pints, mixologists at cocktail hotspots are creative forces: They’re foragers, rummaging through offbeat ingredients for something new to set their libations apart. In 2016, many grew sweet on maple syrup, but for 2017, activated charcoal is the emerging cocktail ingredient.

“Searching for new ingredients to use in cocktails is fun and something I’m constantly on the hunt for,” Stephen King, head bartender at The Clocktower at The New York Edition, told the Observer. “I take my leads from the seasons and virtually whatever else is in the pantry. Anything a chef can incorporate into a plate can be used in…a beverage.”

Like chefs preparing food, aesthetics are as important as taste in beverages. With activated charcoal, the distinct appearance it gives a drink is what’s intriguing bartenders and customers alike. King initially prized charcoal for its jet-black look.

“It just looked cool! But the more I learned about its properties within the body and its affect on taste perception, the more keen I was to find a way to use it in a cocktail,” he said, noting the ingredient can give a cocktail a pleasingly dry finish and that it particularly complements sours. He serves it in a cocktail of Patrón Silver, lemon juice, simple syrup, blossom and egg whites.

Jesse Ross, bartender at Sycamore Den in San Diego who created the Black Sea Spritz, appreciates activated charcoal’s versatility and how just a few drops can completely transform a drink.

“It doesn’t really have any overwhelming flavor, and if you use it correctly (very sparingly), then it doesn’t change the consistency of your drink,” said Ross, who created the Black Sea Spritz (see below). “So really it could be used in whatever cocktail that you want to make black AF.”

While previously known by only a few bartenders and reserved for special occasions and themed events (like the Goth party at Noble Experiment in Brooklyn where Ross encountered it), activated charcoal is set to make a move into the mainstream cocktail world in the coming year.

“I don’t think that we’ve seen it reach its peak as a trend,” King predicted. “I expect to see it featured in increasingly more bars in 2017 as the word continues to spread.” 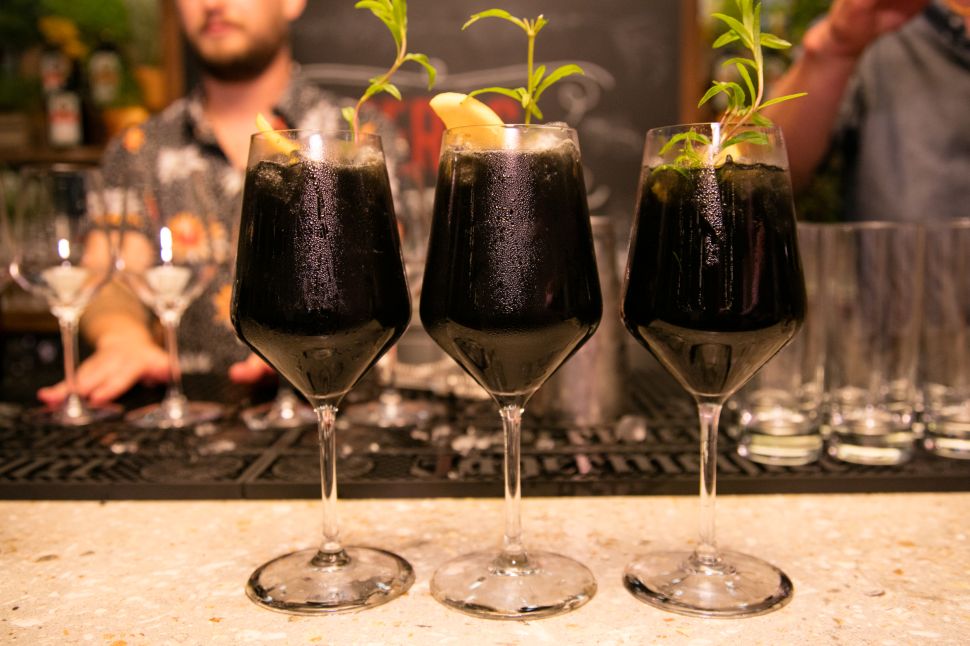