“In 10 years we will all be Muslims because of our stupidity,” declared Italian Monsignor Carlo Liberati recently. In an interview with Catholic journal La Fede Quotidiana, the archbishop emeritus of Pompeii lamented Western Europe’s transition into secularism and what may ultimately cause a transition back out of it: the influx of massive numbers of Muslim migrants into the West and these immigrants’ robust birthrates.

This trend was also noted by late Libyan leader Muammar Gadhafi, who said in 2006, “We have 50 million Muslims in Europe. There are signs that Allah will grant Islam victory in Europe—without swords, without guns, without conquest—will turn it into a Muslim continent within a few decades.”

Of course, Archbishop Liberati was speaking loosely at best, and Gadhafi was speaking inaccurately but hopefully. Estimates in 2010 showed that Europe had 44 million Muslims; moreover, under current trends, the continent won’t be entirely Muslim in a few decades, and especially not in just one decade—though trends can change. The Pew Research Center reported last July that the Muslim share of the population throughout Europe has grown “about 1 percentage point a decade, from 4 percent in 1990 to 6 percent in 2010. This pattern is expected to continue through 2030, when Muslims are projected to make up 8% of Europe’s population.”

(Note: We could question these statistics’ accuracy. France, for example, prohibits the collecting of census information on race, ethnicity, or religion—making a calculation of the Muslim population difficult.)

Archbishop Liberati made the case that Western secularism and decadence have invited Islam’s rise; the idea being that a spiritual vacuum will draw in the only religious fire extant. Most secularists would counter that modernity will mold Europe’s Muslim generations as it has her Christian ones, with the siren of secularism slaying faith with science and reason. Tomorrow belongs to atheism.

Yet the findings of demographic and sociological science don’t actually back up that statement. Studies show that younger Muslim generations in Europe are actually more jihadist-oriented—some would say more pious—than their elders. There is, however, another factor that runs contrary to conventional wisdom.

Over the next few decades, the world in general will become more religious, not less so.

And Muslims—whose nations show little sign of decreasing religiosity—are growing faster than any other religious group.

Don’t tell Salon, which last year ran an article titled, “This is the end of marriage, capitalism and God. Finally!” This contrary perception is explainable by way of something moderns so often warn against: ethnocentrism. It is true that faith in the West has been dying out, but an important factor is missed: westerners are dying out, too.

Pew Research examined this matter in April 2016, writing, “To be clear, the total number of religiously unaffiliated people (which includes atheists, agnostics and those who say they have no particular religion on censuses and surveys) is expected to rise, from 1.1 billion in 2010 to 1.2 billion in 2050. But this growth is projected to occur at the same time that other religious groups—and the global population overall—are growing faster.”

“These projections,” Pew continued, “which take into account demographic factors such as fertility, age composition and life expectancy, forecast that people with no religion will make up about 13% of the world’s population in 2050, down from roughly 16% as of 2010. …This is largely attributable to the fact that religious “nones” are, on average, older and have fewer children than people who are affiliated with a religion.”

Moreover, here’s another item from the everything-you-thought-you-knew-is-wrong file: while Catholicism is declining in the U.S., its adherents are increasing worldwide slightly in excess of the rate of population growth.

Indeed, there is no historical example of a secular population perpetuating itself long term. As demographer Phillip Longman, a senior fellow at progressive think tank New America, wrote at NPR in 2011, “For whatever reasons, adherents to fundamentalism continue to have comparatively large families, while childlessness and single-child families are becoming the norm among those who do not feel themselves commanded by God ‘to go forth and multiply.’”

“The faithful thus begin to inherit society by default,” explained Longman, a soft-spoken man who has pointed out that he himself is not “churched.” “The West’s total population may fall or stagnate, perhaps for quite awhile; but those who remain will be disproportionately committed to God and family, whether they be Christians, Muslims, Jews, or members of new pro-natal faiths.”

So, the reports of religion’s death are largely exaggerated. Many see the present as a battle between secularism and religion and tomorrow as secularism’s alone. However, the future will be, as the past has been, simply a matter of which religion will prevail—and where. 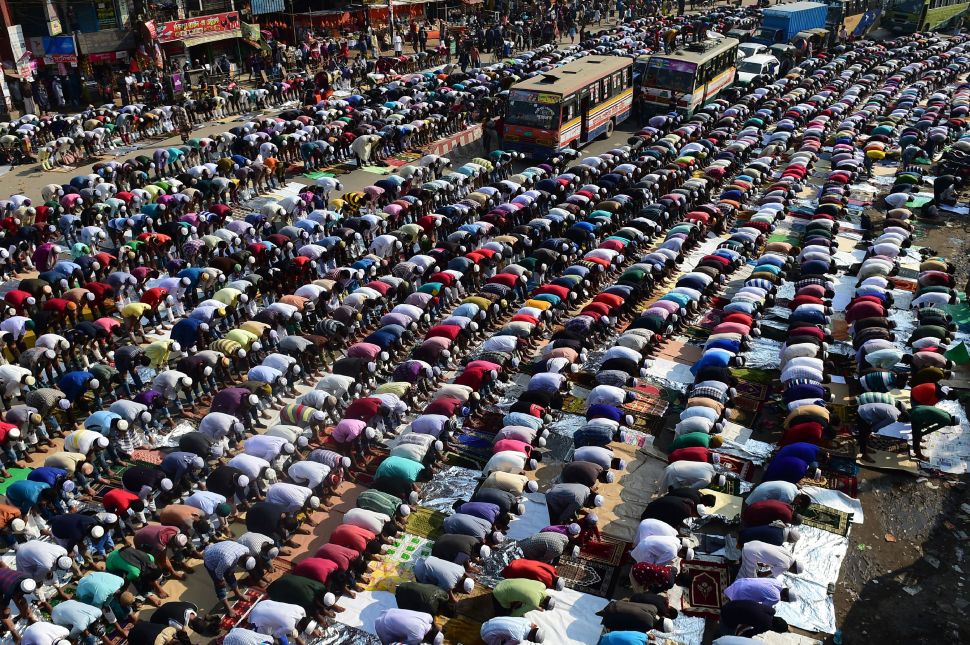