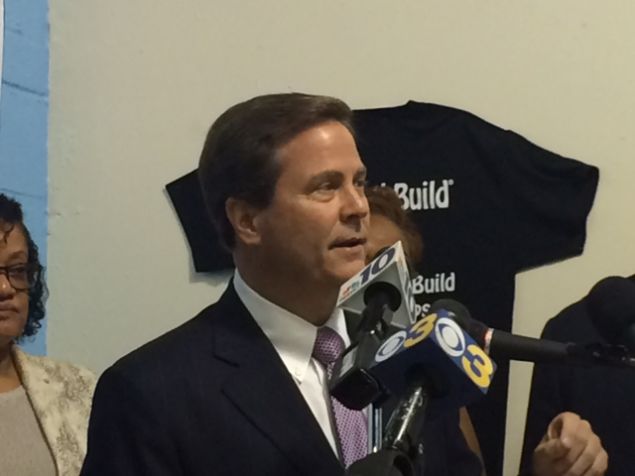 As details continue to emerge following the publication of an unverified memo alleging that president-elect Donald Trump’s campaign was in touch with the administration of Russian president Vladimir Putin during his presidential campaign, U.S. Representative Donald Norcross of New Jersey’s first congressional district announced his support Monday for further investigation into Russian hacking that may have influenced the election.

The CIA has said that it believes Russia was behind the Guccifer 2.0 hacking of the DNC over the summer, and Trump’s former campaign manager Paul Manafort is facing an FBI probe after resigning in the middle of the campaign over his business ties with the Russian regime.

Norcross said Monday that he agrees with the CIA and other U.S. intelligence agencies’ conclusions.

“I share the view reported by the leaders of our intelligence community that the Russian government hacked Americans and executed a coordinated strategy intended to influence the 2016 U.S. presidential election and erode public confidence in our democratic process.”

Other New Jersey Democrats have come out in favor of the CIA’s classified findings, with U.S. Representative Bill Pascrell calling for an independent congressional investigation of the matter last week.

Trump disputed the reports before allowing at a press conference last week that “As far as hacking, I think it was Russia.” Putin has also denied that Russia had any involvement in the DNC hack.

“But I think we also get hacked by other countries and other people,” Trump added.

“The Russian government acted to undermine the very fabric of our democracy,” Norcross continued. “This is not a partisan red or blue issue, this is an American issue. Ignoring or denying the facts, or even dismissing their importance, is a serious mistake. We must work together, fully investigate what happened, bring the truth to light, and respond as Americans in defense of the values and freedoms we all hold dear.”