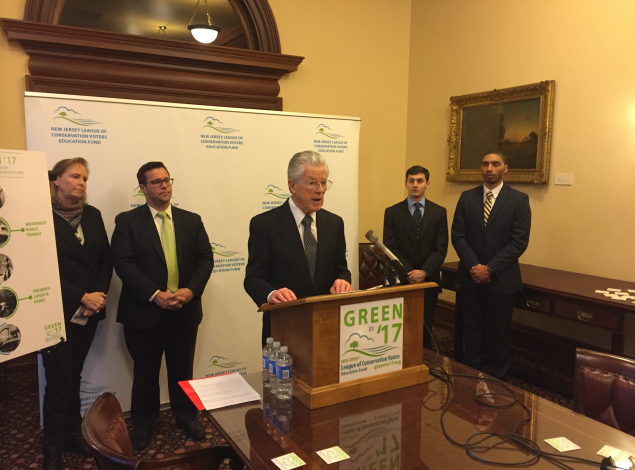 TRENTON — As inauguration day approaches for president-elect Donald Trump, environmental advocates in New Jersey have been leveling scathing criticisms of Trump’s cabinet picks and issuing warnings that environmental protections stand to be significantly weakened under his administration. Former governors Jim Florio and Christine Todd Whitman called on all sides in the state’s 2017 gubernatorial race to draw up plans to counteract environmental deregulation at the state level.

Speaking at a press conference with the New Jersey League of Conservation Voters, Florio and Whitman joined that group in calling for the state to reach 100 percent clean energy by 2050 to mitigate the effects of climate change. The state’s renewable energy use lies at less than 25 percent today.

That benchmark, Whitman said, will likely be endangered by Trump’s oil and gas-friendly choices for key cabinet positions—Oklahoma Attorney General Scott Pruitt to lead the Environmental Protection Agency, Montana congressman Ryan Zinke as the next Secretary of Interior, ExxonMobil CEO Rex Tillerson to serve as Secretary of State and former Texas governor Rick Perry to lead the Department of Energy.

Whitman, a Republican, called the animus against environmental regulation one of the few areas where Trump displays none of his characteristic unpredictability.

“I’m very troubled because of all the various issues the president-elect has brought up and then sort of changed what his thinking is, this is not one,” Whitman said.

“He does seem to be committed to the proposition that the Environmental Protection Agency is unnecessary, that every regulation that has been put in place is just designed to inhibit business. And we are going to pay a terrible price for that if it goes forward.”

Florio, a Democrat, said he wants to see offshore wind and solar power grow in New Jersey. Once the state with the third-largest solar power infrastructure in the country, the state has slipped in the rankings in the last decade.

“New Jersey has been a national environmental leader for most of the past 40 years because governors understand the need to champion strong laws that protect residents’ health, safety and quality of life and allocating the funds for enforcement,” Florio said.

“Though we’ve fallen a few notches, this year we have a chance to set our state on course for more wind and solar energy than any other state in America.”

As for who might be the executive to take on that challenge, Democrat and former Goldman Sachs executive Phil Murphy is the early favorite to take the governor’s office once Governor Chris Christie’s term ends at the end of this year. On the Republican side, Lieutenant Governor Kim Guadagno and Assemblyman Jack Ciattarelli are competing for their party’s nomination. 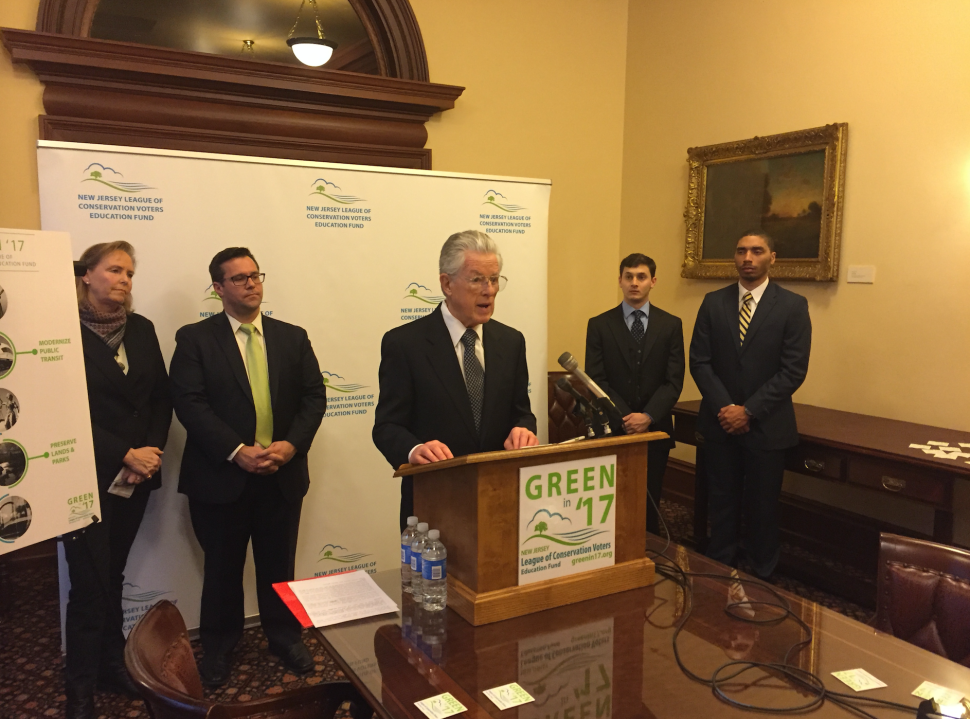