So what will the state of the arts be in New Jersey under a Donald Trump presidency? That’s the question the Asbury Park Press asked Tuesday, and the answer wasn’t very encouraging for those who believe government should be supporting artistic programs.
New Jersey 101.5, meanwhile, asked how much state property taxes increased in the last year, and – again – the news wasn’t very encouraging for struggling New Jersey families.
Gov. Chris Christie made news by pushing for legislation aimed at improving emergency response times and for re-embarking on his battle with state newspapers over legal advertising requirements.
And an Atlantic County Freeholder who received flack for his comments about the womens’ march in Washington and his concern that it would delay dinner was unbowed as outraged females showed up to demand an apology for his comments.

Quote of the Day: “They looked at it and saw it for what it was. If it hurt your feelings, it wasn’t my intent,” Atlantic County Freeholder John Carman, on the women in his life who, he says, wasn’t offended by his Facebook post referring to how the womens’ march in Washington might have delayed his dinner.

Jersey arts groups brace for Trump fight over the NEA
President Donald Trump and New Jersey arts groups: Not perfect together.
At least when it comes to supporting the arts in the federal budget, that is. A proposed federal budget, as reported by The Hill, would eliminate funding for the National Endowment for the Arts.
Chris Jordan, Asbury Park Press Read more

Christie says Cooper takeover of Camden’s EMS was ‘fight worth having’
Standing next to Cooper University Health Care board chairman George Norcross III, Gov. Chris Christie said Tuesday that the political and legal battle which allowed Cooper to take over the city of Camden’s paramedic services from rival Virtua Health was a “fight worth having.”
Katie Jennings, Politico Read more

Christie in new TV ads tells addicts “don’t suffer”
“Don’t suffer. Don’t wait. Help is within reach.”
Gov. Chris Christie is delivering that message to addicts and those trying to help them in a new television advertisement promoting the website and toll-free number that Christie mentioned during his State of the State address on Jan. 10..
Ken Serrano, Asbury Park Press Read more

Hudson County asks Port Authority commissioner to fill out residency form
Port Authority Commissioner George Laufenberg, who registered to vote at his son’s one-bedroom apartment in Hoboken after living for decades in Wall Township, never filled out a form for voters who have more than one residence in the state, according to the Hudson County Superintendent of Elections.
Matt Friedman, Politico Read more

Trump pick for ed secretary a ‘slap in the face,’ N.J. teachers say
New Jersey students deserve a U.S secretary of education who is well-versed in federal programs and ready to hit the ground running, not a billionaire activist with zero experience in the public school system, a group of educators said Monday.
Adam Clark, NJ.com Read more

In debate over equal pay, the age of Trump comes to Trenton
The voice of an angry white male rose from the floor of the Senate on Monday to air his grievance over legislation that would outlaw gender pay discrimination.
Charles Stile, The Record Read more

Women bring mac and cheese, confront Jersey GOP pol about Facebook remarks
One woman brought a box of mac and cheese. Another brandished takeout menus. A third brought the book, “We Should All Be Feminists,” by Chimamanda Ngozi Adichie as a gift.
Amy Rosenberg, Inquirer Read more

New program to aid small firms get government contracts
Stanley and Jocelyn Tucker, founders of a nearly 20-year-old landscaping company in Central Jersey, know firsthand the difficulties that minority-owned small businesses face. So they welcome a new state program that will enable firms like theirs to compete for lucrative state and federal contracts.
Linda Moss, The Record Read more

Woman charged with owing over $50K in tolls, fees
A West New York woman, accused of failing to pay $50,990 in tolls, was arrested at the Lincoln Tunnel toll plaza in Weehawken on Monday, authorities said.
Katie Sobko, The Record Read more

Barnegat sues developer for $594K
Lawyers for the township are suing one of the most influential builders in the region, saying the developer owes $594,500 in unpaid fees.
Amanda Oglesby, Asbury Park Press Read more

A crucial day for New Jersey’s homeless
Carol Latif has a message for anyone who is homeless in New Jersey: If there is ever a time to seek help, it’s Wednesday.
Jerry Carino, Asbury Park Press Read more

N.J. Senate hearing to probe alleged fraud by top U.S. turf company
A state Senate panel will hold a hearing Monday on a report that the leading maker of artificial sports fields in the U.S., FieldTurf, for years sold a popular line of turf to taxpayers across the country after knowing it was falling apart.
Christopher Baxter and Matthew Stanmyre, NJ.com Read more 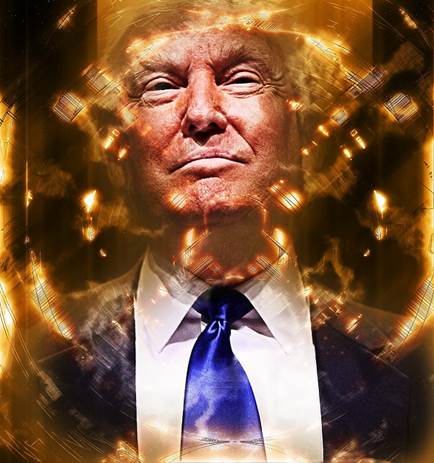