It’s Tuesday, and the politicians are gathering in Trenton to hear what Gov. Chris Christie will say, and how he will spin his tenure, during the final State of the State speech.
In southern New Jersey, the Inquirer has a story about Chris Paladino, the president of A.C. and New Brunswick Development Corporation, and his family ties to the firm awarded a $206 million no-bid contract in the financially distressed city.
Democratic gubernatorial candidate Phil Murphy has reason to celebrate, as he has received the endorsement of the state’s two U.S. senators while the race to represent the state’s 13th district is getting crowded with three Republican candidates announcing bids.

Quote of the Day: “It’s not cozy. We’re doing a project that that no one else seemed to be able to get off the ground. He wasn’t hired because they do work for us. It’s a big company.” – Chris Paladino, the president of A.C. and New Brunswick Development Corporation, on his son’s job with the company awarded the contract to build the $206 million Stockton University and South Jersey Industries campus in Atlantic City.

Booker, Menendez endorse fellow Democrat Murphy for governor
Both of New Jersey’s top Democratic elected officials endorsed Phil Murphy, the former U.S. ambassador to Germany and ex-Goldman Sachs executive, for governor on Monday, attempting to add even more momentum to a campaign that has already won the support of the state’s 21 Democratic county chairmen.
Nicholas Pugliese, The Record Read more

Murphy vows to defy ‘unconstitutional’ orders from Trump if elected N.J. governor
Phil Murphy, the Democratic front-runner in the 2017 race to replace Gov. Chris Christie, picked up the endorsements of New Jersey’s Democratic U.S. Senators on Monday and vowed to disobey orders from a President Donald Trump that would violate the constitution or are “un-American.”
Claude Brodesser-Akner, NJ.com Read more

For adoptees, envelopes put end to decades of waiting
For two New Jersey adoptees, decades of mystery ended on Monday, when state Sen. Joseph Vitale handed them each an envelope containing a copy of their original birth certificate.
Lindy Washburn, The Record Read more

Gas prices are surging in N.J., and the worst may be still to come
Is the other shoe set to drop on gas prices?
An expert says a key to slowing the price run-up will be when oil producing nations bail out of an OPEC agreement to cut oil production.
Larry Higgs, NJ.com Read more

Christie touts bipartisan cooperation on judges, guns ahead of State of State address
As he prepares to give his annual State of the State address amid the lowest approval ratings of his now-seven-year tenure, Gov. Christie on Monday signed laws with bipartisan backing to add 20 new judgeships and require domestic violence offenders to surrender firearms.
Maddie Hanna, Inquirer Read more

Will it be combative or compassionate Christie for key speech Tuesday?
Even amid legislative setbacks, plummeting popularity and a self-imposed blackout on the state press, Gov. Chris Christie has promised to do “big things” in his final year and exit the State House “loudly.” But Christie has also shown much more of his softer side in recent public appearances, not just the bombast that made him famous.
Dustin Racioppi, The Record Read more

Chris Christie speech will be NJ rarity; here’s why
It will be a New Jersey rarity for Gov. Chris Christie’s annual State of the State speech on Tuesday – this will be the first time in nearly three decades the state has had a two-term governor giving the speech entering a final year in office.
Bob Jordan, Asbury Park Press Read more

Bridget Kelly’s Turnpike tolls, a CIA guy on the Rooskies – and more
There were reports that one of the reasons Donald Trump bounced Chris Christie from the presidential transition team was the lingering stink from the Bridgegate scandal.
Paul Mulshine, NJ.com Read more

Does your birthday hold the key to shorter lines at Motor Vehicle?
Is tying the expiration date of driver’s licenses and vehicle registrations to a driver’s birthday the solution to easing long lines at state Motor Vehicle Commission agencies?
Larry Higgs, NJ.com Read more

The Don Norcross doctrine: Worked with Christie, can work with Trump
From across the table at a Cherry Hill Starbucks, US Rep. Donald Norcross (D., NJ) sounds like a guy fighting a tenacious winter cold.
Kevin Riordan, Inquirer Read more

At the Shore, a new path for addicts under arrest
Sitting in a jail cell and preparing to spend as many as five years in state prison for two heroin possession charges, Matt Lopreiato found himself at a grim crossroads.
Ken Serrano, Asbury Park Press Read more

Will push to legalize marijuana in NJ survive Trump’s attorney general?
Supporters of legalizing marijuana for recreational purposes in New Jersey have 2018 circled on their calendars. That’s when they expect that whoever is elected governor this November will look more favorably on the idea than Gov. Chris Christie, who says he’d never sign such a law.
Michael Symons, NJ101.5 Read more

It’s (usually) illegal to warm your car in your own NJ driveway
There’s little less pleasant in the winter than getting into a freezing-cold car.
But the New Jersey Department of Transportation has strict rules limiting idling time for vehicles to just three minutes — with only a few exceptions.
Adam Hochron, NJ101.5 Read more

Clark mom says ‘hanged’ puppet was LeBron James school project
A woman who identified herself as the mother of a Clark high school student said a black puppet found hanging by a string is a school project that was misinterpreted by the visiting Plainfield High School basketball team as a hateful depiction of a lynching.
Steve Strunsky and Marisa Iati, NJ.com Read more

Ex-official convicted in bribery case wants to be mayor
A man who pleaded guilty to taking $13,000 in bribes when he was a Paterson school board member in 2008 wants to become the city’s next mayor.
Joe Malinconico, Paterson Press Read more

Paterson Crime Falls
The number of crimes reported in Paterson in 2016 dropped to the lowest level in more than 25 years, according to statistics that the city released Monday.
Joe Malinconico, Paterson Press Read more

Englewood Cliffs starts search for administrator
Less than a week after the Borough Council voted to split the duties currently held by a joint clerk/administrator, the town is advertising for a new borough administrator.
Michael W. Curley, Jr., The Record Read more

main break in Trenton forces justice complex closure
A main break Monday morning has forced the closure of at least one state building and left parts of the city without or low pressure.
Cristina Rojas, NJ.com Read more

Foul play not suspected in Kearny Councilman’s death
Foul play is not suspected in the death of Councilman Jonathan Giordano, who was found dead inside a burning car on Saturday, the Hudson County Prosecutor’s Office announced.
Caitlin Mota, The Jersey Journal Read more

Obamacare needs to be replaced if repealed, lawmakers, medical officials say
Lawmakers and medical professionals painted a grim picture for hospitals and the state of health care overall in N.J. if Obamacare is repealed and not replaced with an alternative plan.
Sara Jerde, NJ.com Read more

N.J. woman tapped to help last-minute push to save Obamacare
Chiara D’Agostino was scheduled to have an infusion of immunotherapy today, her fourth round in a fight against an aggressive form of breast cancer.
Kathleen O’Brien, NJ.com Read more 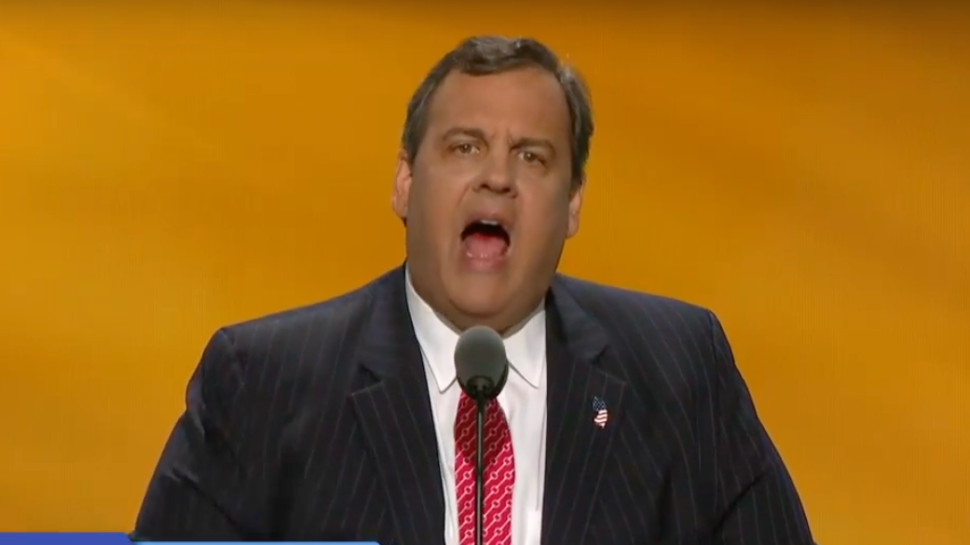