Friday is fast approaching, and so it’s time for those in New Jersey to prepare for Donald Trump’s inauguration as President of the United States and to look back at Barack Obama’s legacy in the Garden State. The inauguration is the subject of some strong words from Trump opponents in the state’s congressional delegation and demand for tickets to the event is mixed among residents and political insiders.
All this played out against the backdrop of celebrations marking Martin Luther King Jr. day in the state.
Since Gov. Chris Christie is not among those following Trump to Washington, speculation continues about his future and whether or not the governor will join the ranks of the media he seems to despise.

Quote of the Day: “We had more tickets than demand. We will be giving some tickets to other members.” Michael Burns. spokesman for U.S. Rep. Rep. Donald Payne Jr., on lack of demand for inauguration tickets in his district.

Booker attending inauguration, but will be Trump critic
Sen. Cory Booker said Monday he will be attending Donald Trump’s inauguration this week even though he expects to be one of the president-elect’s “most fearsome opponents” in the Senate.
Herb Jackson, The Record Read more

MLK’s dream of racial equality shows gains and losses
When the country elected Barack Obama as its first black president, Jeffrey Richardson of Englewood had high hopes that attitudes toward race and race relations would improve and that the Rev. Martin Luther King Jr.’s dream of a more equal America was closer to becoming reality.
Monsy Alvarado, The Record Read more

Members of Congress handing out inauguration tickets
Some gave them out first-come, first-served. Others held lotteries. Sen. Cory Booker did a little of both.
Herb Jackson, The Record Read more

Congresswoman skipping Trump inauguration — I’m ‘standing up for this democracy’
A member of the New Jersey congressional delegation who’s among about a dozen Democrats planning to skip President-elect Donald Trump’s inauguration on Friday said she has no regrets — and that’s she’s trying to help protect democracy.
Dan Alexander, NJ101.5 Read more

What we know about the federal probe of Jersey City police
The Jersey City Police Department was rocked last week by news that 12 officers were stripped of their weapons and put on modified duty, an action the city linked to an ongoing federal probe of the city’s off-duty jobs program for cops.
Terrence T. McDonald, The Jersey Journal Read more

Ex-N.J. treasurer: Port Authority should disband its police department
Sometimes a possible solution to a complex problem is so obvious that it never attracts the serious attention and consideration it deserves. So it may be with the Port Authority of New York and New Jersey Police Department (PAPD): After decades of studies, reports, and news articles documenting the PAPD’s high costs and manifest dysfunction, why not get rid of it altogether?
Andrew Sidamon-Eristoff, NJSpotlight Read more

Free college? One man’s vision reaches Long Branch H.S.
Kescy Mathurin is an upbeat, resilient 31-year-old with an important job — she counsels adults with mental illness. There is one phone call, however, that inevitably brings the Marlboro resident down.
Jerry Carino, Asbury Park Press Read more

The B Street Band withdraws from inaugural ball, cites ‘gratitude’ for Springsteen
Bruce Springsteen’s music will not soundtrack Donald Trump’s inaugural celebrations after all.
The B Street Band, a long-running Boss tribute act based in Belmar, announced Monday it will not play the Garden State Inaugural Ball in Washington Thursday, after a weekend of intense criticism and thousands of emails from around the world.
Bobby Olivier, NJ.com Read more 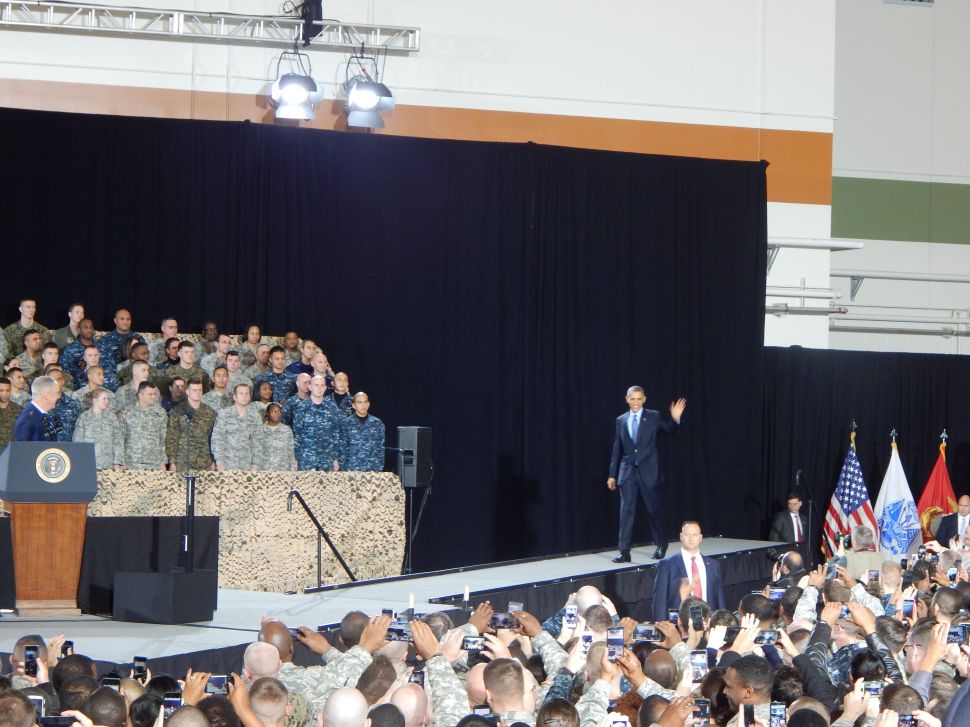