It’s Monday, the start of a new week and a new era for the United States, after Friday’s inauguration of President Donald Trump and Saturday’s women’s marches to protest his election and policies.
Political life goes on in New Jersey, with a judge still refusing to disclose Bridgegate secrets to the public and Sen. Cory Booker, who has emerged as a leading voice in the Democrats’ opposition to Trump, saying he has no interest in running for the presidency in four years.
There’s news about Bruce Springsteen, Rep. Josh Gottheimer and Joe Piscopo as well as some well-off Bay Head residents who would rather pay for their own beach protection than get government – and the pesky public access regulations that could come with it – involved.

Bridgegate records to stay sealed, for now, judge says
The federal judge overseeing both the criminal and civil cases related to the 2013 George Washington Bridge lane closure scandal has decided, for now, to keep sealed records closed as she continues to review arguments for both sides on which documents should remain barred from public view and which can be disclosed.
Todd South, The Record Read more

Booker ‘not open’ to being president in 2020
New Jersey Senator Cory Booker is not interested in running for president in 2020.
Speaking to CNN reporter Brooke Baldwin during Saturday’s Women’s March on Washington, Booker said his focus will be on keeping the Trump Administration in check.
Dan Alexander, NJ101.5 Read more

N.J. Women’s March organizers: ‘Turn this into a movement’
After a Saturday that drew thousands of people across the state to rally for women’s rights in the face of a political administration they deem hostile, leaders of these marches said they hoped the resistance was just beginning.
Marisa Iati and Myles Ma, NJ.com Read more

Women’s March movement: What’s next and can the momentum last?
Now that the Women’s March on Washington is over, women like 32-year-old Jacqueline Glass will determine whether it marked a historic one-day demonstration or the start of a widespread resistance to Donald Trump’s presidency.
Heidi M Przybyla, USA Today Read more

How Vital Are Women? This Town Found Out as They Left to March
The Starbucks coffee shop on South Park Street was populated in the first hours of daylight on Saturday, but almost exclusively by men. The owner of the JaiPure Yoga Studio on Bloomfield Avenue reported a drop-off in participation of about 25 percent.
Filip Bondy, New York Times Read more

Trump’s inauguration a low-key day for Christie
Jan. 20, 2017 was the day Gov. Chris Christie had planned to put his hand on the Bible and become the 45th president of the United States. Instead he was seated with fellow governors several feet away from Donald Trump as he was sworn in as the next president.
Dustin Racioppi, The Record Read more

Donald Trump packs a policy punch for New Jersey
President Donald J. Trump’s inaugural address was much like his scorched-earth campaign — a harsh critique of the nation’s past and present, a big league stick in the eye to the Washington establishment, a dark and ominous screed against globalism.
Bob Jordan, Asbury Park Press Read more

Will Trump deport N.J. unauthorized immigrants in college under Christie ‘Dream Act’?
For unauthorized immigrants who are allowed to pay lower, in-state college tuition under a law signed by Gov. Chris Christie, the inauguration of his friend President Donald Trump is suddenly cause for grave concern, advocates and immigration attorneys say.
Claude Brodesser-Akner, NJ.com Read more

No hard feelings over Springsteen cover band flap at N.J. ball
Every four years when a president — Republican or Democratic — is inaugurated in Washington D.C., the New Jersey State Society hosts the Garden State Inaugural Gala. The society, a nonprofit, nonpartisan organization, stresses that it’s meant to be apolitical.
NJ.com Read more

Bruce Springsteen: We’re part of the resistance to Trump
They might be in Australia, but they heard the footsteps.
Bruce Springsteen, speaking on behalf of himself and the E Street Band at the band’s Sunday, Jan. 22 show in Perth, Australia, declared himself and the E Streeters to be part of a “new American resistance” as witnessed by the Women’s Marches that took place in multiple U.S. cities, including Asbury Park, and around the world on Saturday, Jan 21.
Chris Jordan, Asbury Park Press Read more

Like the nation, state’s delegation is divided over Trump
New Jersey’s Republicans said Friday that they were eager to work with President Donald Trump, striking a much different note than Democrats, who said they feared the ideals espoused in his inauguration speech would create even greater rifts in a nation already deeply divided.
Herb Jackson, The Record Read more

North Jersey residents tune in to Trump inaugural
They peered at television screens in an Englewood diner, a Hackensack restaurant, a Bedminster pizza parlor, a Boonton bar and a myriad other places Friday to see for themselves the familiar rituals of the transfer of power as Donald Trump became the nation’s 45th president.
The Record Read more

Inauguration NJ: High hopes from unlikely sources
Christian Boujaoude walked on eggshells at first. This son of a Lebanese immigrant, who launched an awareness campaign about human trafficking as a student at Monmouth Regional High School, didn’t know how people would react if they learned the truth.
Jerry Carino, Asbury Park Press Read more

NJ trade group touts the business of cannabis
A Morris County businessman has been named to the board of a newly created trade association focused on supporting the growing legal cannabis industry in the United States that many expect to eventually include New Jersey.
William Westhoven, Daily Record Read more

Beachfront owners reject US help, pay for own storm barrier
Oceanfront homeowners in this wealthy New Jersey shore enclave have so little faith in the government’s ability to protect them from catastrophic storms that they’ve spent $5 million of their own money on boulders placed between their homes and the ocean.
Associated Press Read more

Taxi companies’ lawsuit against Newark over Uber is tossed
Ride-hailing companies like Uber and Lyft operate differently from traditional taxi companies and therefore don’t have to be subject to the same regulations, a federal judge wrote this week in dismissing a lawsuit against the city of Newark filed by several taxi and limo companies.
Associated Press Read more

Why does South Jersey get less funding than the rest of the state?
South Jersey gets shortchanged when it comes to state aid.
It’s not another complaint by a disgruntled business owner or a passenger waiting for the NJ Transit train to arrive in Atlantic City. It’s in the numbers.
John DeRosier, The Press of Atlantic City Read more 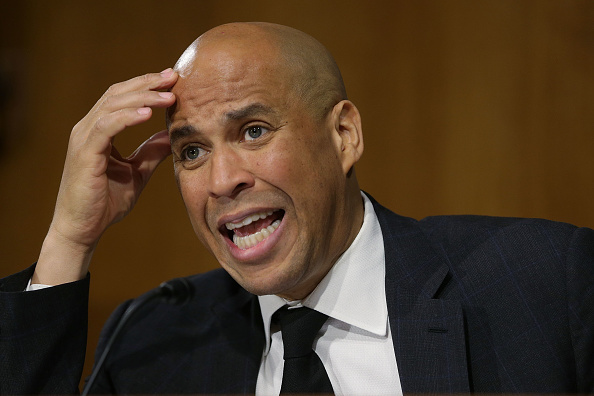