It’s Wednesday, and in New Jersey the unexpected good news was that the state’s seeming long-shot effort to legalize sports betting received a small boost when the U.S. Supreme Court delayed ruling on whether it would take up the case.
This news was overshadowed by Lt. Gov. Kim Guadagno‘s official announcement that she is entering the GOP gubernatorial race – an announcement that included some not-so-subtle swipes at sitting Gov. Chris Christie. And as Christie prepares to leave office next year, the topic of his future continues to generate headlines, this time with President-elect Donald Trump saying there still might be room for the governor somewhere in Washington.

Supreme Court delays New Jersey sports betting decision
Supporters of legalized sports gambling in New Jersey and several other states were handed a small victory Tuesday when the U.S. Supreme Court delayed a ruling on whether it will take up the states’ challenge to a federal ban.
Associated Press Read more

Chris Christie trolls Kim Guadagno on her big day
Lt. Gov. Kim Guadagno is giving a speech in Keansburg today to start her campaign for the Republican nomination for governor, but Gov. Chris Christie won’t be there — because he scheduled his own conflicting event in Newark.
Bob Jordan, Asbury Park Press Read more

Guadagno’s running for N.J. governor, and away from Christie
As Lt. Gov. Kim Guadagno formally launched her 2017 bid for governor Tuesday, she avoided any talk of the unpopular governor who gave her a shot in statewide politics eight years ago.
Claude Brodesser-Akner, NJ.com Read more

Guadagno launches gubernatorial run as compassionate conservative
In launching her campaign for governor on Tuesday, Kim Guadagno formally ended months of speculation on at least two fronts: over whether she would run to succeed Gov. Chris Christie and whether she would separate herself from him after seven years as his second-in-command.
Dustin Racioppi, The Record Read more

Guadagno rebrands with blue-collar hue
About a half mile down the street from a closed amusement park that features a “spin to win” midway concession, Kim Guadagno began her long-awaited run for governor by running away from the current one.
Charles Stile, The Record Read more

Trump says he may find a job for Christie in the end
President-elect Donald Trump said during a recent interview with the Wall Street Journal that Gov. Chris Christie may end up working in his administration after all.
Brent Johnson, NJ.com Read more

Why an FBI raid of this small N.J. city has been a long time coming
When about two-dozen federal agents rolled up in their black-tinted SUVs to Orange City Hall this past week, forcing the government to shut down for the day as they combed through its files, few people gave much notice – and none seemed all that surprised.
Jessica Mazzola, NJ.com Read more

Call for delay in vote on $32B Port Authority capital plan
Citing fears over insufficient funds and a lack of will to build a new midtown Manhattan bus terminal, New Jersey state Sen. Bob Gordon on Tuesday called on the Port Authority of New York and New Jersey to delay its vote on a $32 billion capital plan.
Paul Berger, The Record Read more

As Many As 9 Hearings Planned on School Funding
This week will start what could amount to nine separate public hearings in the next month about the state of school funding for New Jersey’s public schools, all driven by the somewhat fractured Democratic leadership of the Legislature.
John Mooney, NJSpotlight Read more

NJ Democrats, and a Few In GOP, Prepare For ACA Repeal
Spurred by President-elect Donald Trump and Republican leadership, Congress has approved a legislative mechanism that will enable them to quickly “repeal and replace” the federal Affordable Care Act. But opposition is building quickly.
Lilo H. Stainton, NJ Spotlight Read more

Graduation rates on the rise in New Jersey
More than 90 percent of New Jersey high school seniors graduated in 2016, the highest rate since the state implemented a new methodology for calculating graduations, the Christie Administration announced Thursday.
Amanda Oglesby, The Record Read more

Sentencing postponed in fraud case of ex-assemblyman
Sentencing in the case of former Assemblyman Robert Schroeder, who pleaded guilty in October to defrauding investors of $5.3 million by stealing funds and writing dozens of bad checks, was postponed on Tuesday in light of new information presented by his attorney.
Nicholas Pugliese, The Record Read more

Dems, GOP sound off on Englewood Cliffs council’s makeup
The divide along party lines has residents and officials criticizing members of both parties, with Republicans on the Borough Council saying there should be no “personal politics” in governing the town and Democrats expressing hope for a stronger voice in council matters.
Michael W. Curley, Jr., The Record Read more

Dumont Councilman Resigns
Councilman Matthew Hayes, a Republican in the last year of his second term, has stepped down due to a health-related issue.
Philip DeVencentis, The Record Read more

Judge rules against Howell over affordable housing
A Monmouth County judge has ruled in favor of a Howell resident who challenged the zoning for a controversial affordable housing complex, but the setback doesn’t necessarily spell the end of the venture.
Kala Kachmar, @NewsQuip Read more 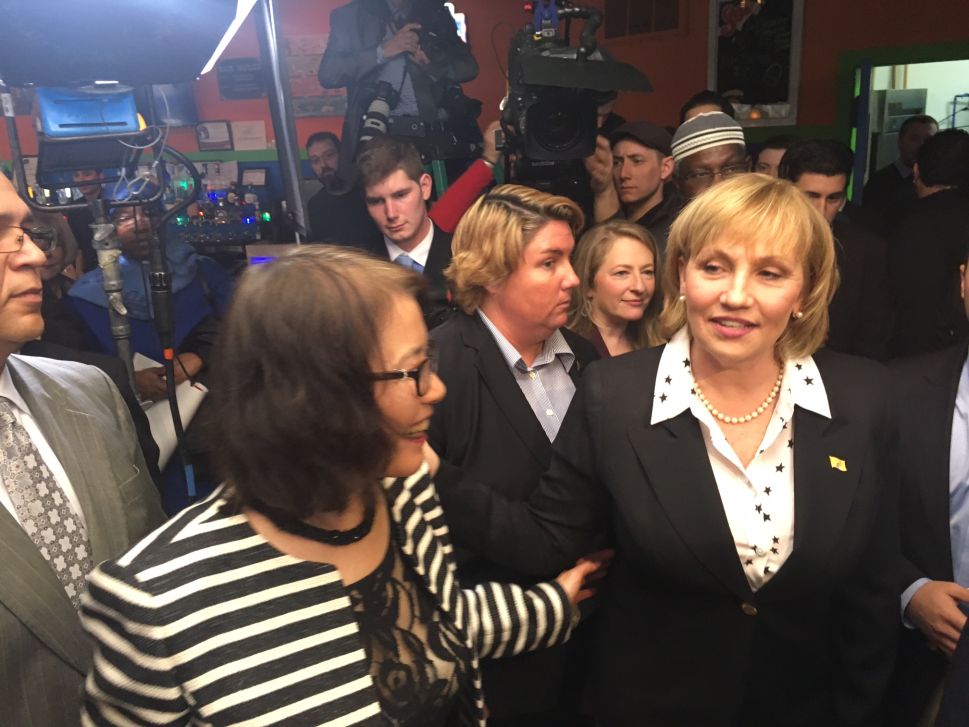