NEWARK – New Jersey Senators Bob Menendez and Cory Booker doubled down on promises to fight tooth and nail against President Donald Trump’s recent executive order to restrict travel of citizens from seven majority-Muslim nations from entering the U.S. for 90 days. According to the senators—both of whom claim the ban is unconstitutional—they will be pushing back against those orders and encourage American citizens to do the same.

“President Trump’s orders here defy who we are as a nation,” said Menendez. The senior senator likened what he called a “Muslim ban” to the barring of jews from entering the U.S. during the height of the Holocaust. He said that the nation cannot afford to take such actions again. For Menendez, the most egregious part of the executive order stems from the fact that those barred from travel include permanent residents of the United States who have gone through arduous legal steps in order to gain that status.

According to Menendez, though the ban (impacting citizens of Iraq, Syria, Iran, Libya, Somalia, Sudan and Yemen) is touted as being in the interest of national security, it may actually have the opposite of the desired effect. He said that the ban will become an “enormous propaganda tool” for terrorist groups.

Booker said that Trump’s first ten days in office have begun a “perilous time in America” and started a “constitutional crisis.” According to the senator, a religious test to determine who may enter the country creates the appearance of a “war on Islam” rather than on “radical Islamic terrorists.”

“Donald Trump is making us less safe in America,” Booker said. “We will fight this at every front.”

The two senators are currently exploring the rights of permanent residents, working with immigrant rights groups and working on legislation to bar community law enforcement from required implementation of federal immigration law, among other actions.

After weekend protests on the ban at area airports, Booker and Menendez welcomed Mayor Steve Fulop of Jersey City and Mayor Ras Baraka of Newark—both sanctuary cities—and Deputy Legal Director of the New Jersey ACLU Jeanne LoCicero for a round table discussion on ways to prevent Trump’s executive orders from impacting New Jersey residents. Both mayors said they

“We are not going to be bullied,” said Fulop regarding the administration’s threats to withhold federal funds if his city’s sanctuary city policies remain in effect. Fulop said that Jersey City is prepared to face the reduced funding threat with legal action of need be and that the city is currently exploring possible moves “on the legal front.”

Baraka said that Trump’s orders are analogous to “fugitive slave law” and that Newark will “resist completely.”

According to Menendez, he and Booker are hopeful that Republican elected officials will join them in opposition to Trump’s plans, noting that both Arizona Senator John McCain and South Carolina Senator Lindsey Graham have spoken out. Booker said that regular Americans must also get involved in order to push back against the “assault against first amendment freedoms.” 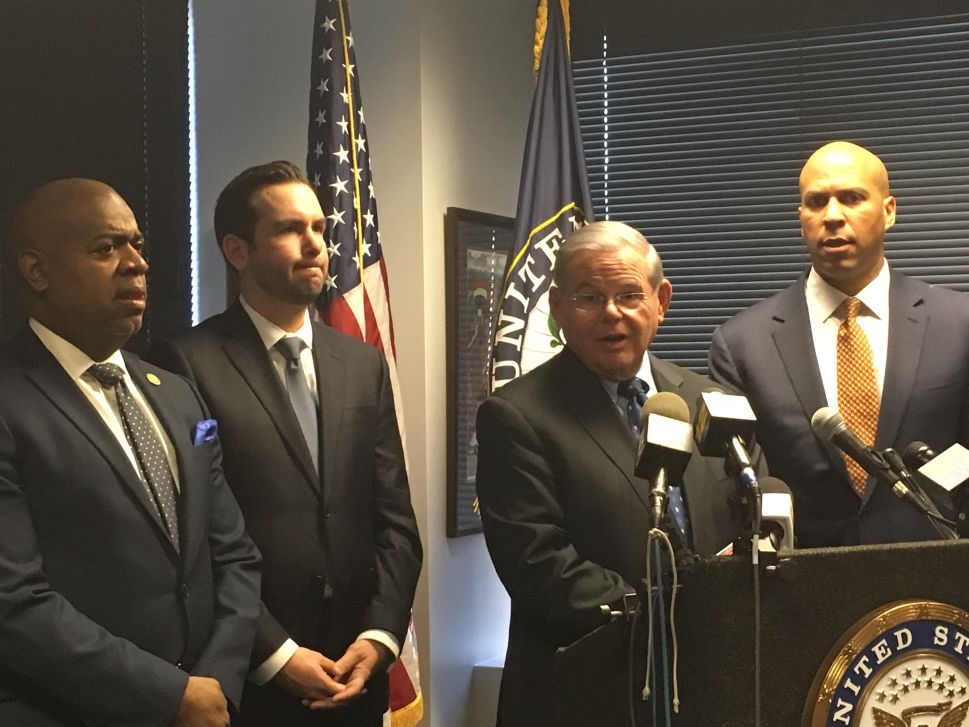