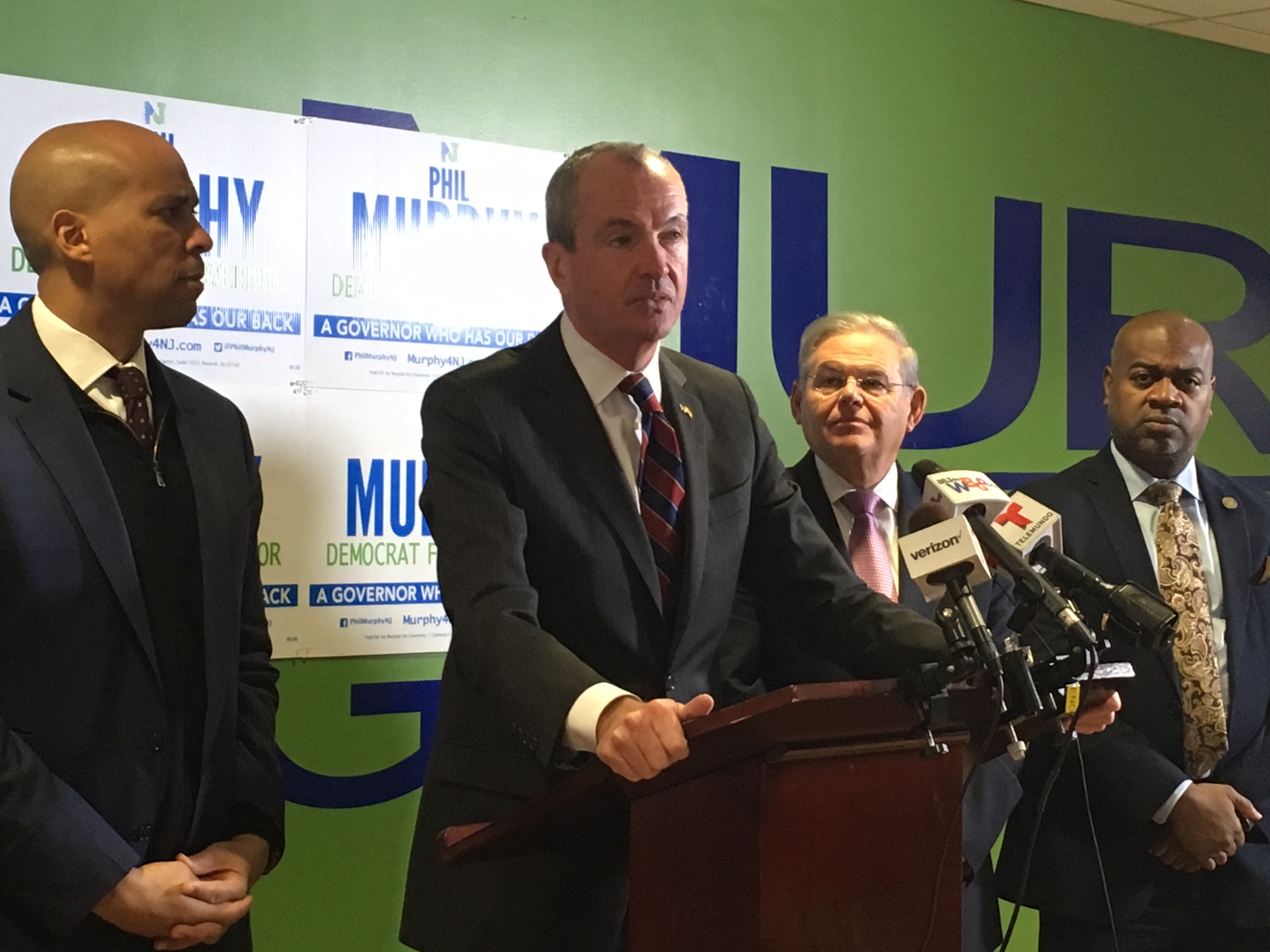 NEWARK – Democratic candidate for New Jersey governor Phil Murphy officially has the endorsement of two of the state’s most high-ranking public officials. On Monday, U.S. Senator Cory Booker and U.S. Senator Bob Menendez, both Democrats, endorsed Murphy for governor in the state’s 2017 contest. According to both senators, if elected Murphy will be an important partner to the senators as they represent New Jersey in Washington.

Booker, whose own name is being floated as a Democratic presidential challenger to President-elect Donald Trump in 2020, heartily endorsed Murphy. Booker expressed concern for Trump’s policies and explained how electing a Democrat like Murphy is, in his opinion, important to the state’s future.

According to Booker, because of the impending inauguration of Trump as president, New Jersey needs a “strong team who can deliver for this state.” He called himself, Murphy and Menendez a “dream team” able to “stand up to the president when it is necessary.”

When Menedez stepped up to the podium, he asked the crowd if they were “ready to reclaim the future” as he endorsed Murphy for governor.

“Today is a really important day. As we have seen… elections have consequences,” said Menendez, referencing Trump’s November 2016 win. “The things we have fought for for decades are now at risk. I know and care deeply about what New Jersey’s future can an should be.”

“While it may be cold in the rest of America, the sun is shining in the state of New Jersey,” said Baraka, claiming that with the election of Murphy New Jersey can be an example for the nation. 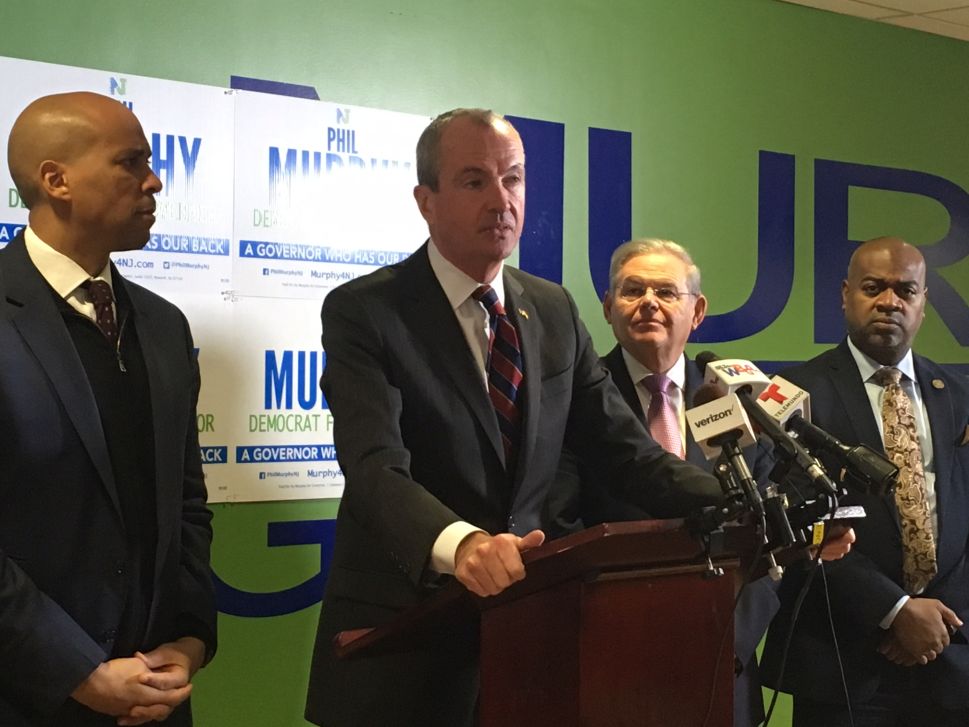