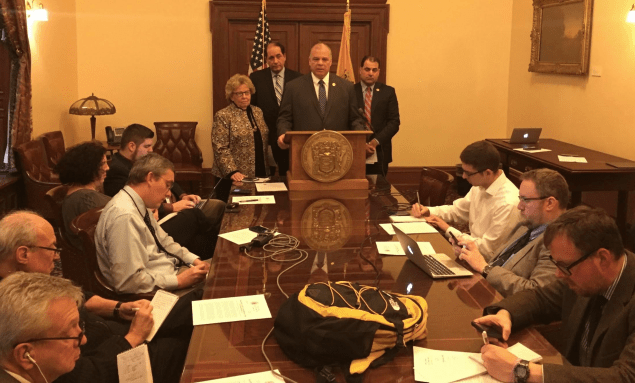 Lawmakers in New Jersey are warning of gaps in coverage and loss of coverage due to a potential repeal of the Affordable Care Act. NJ State Senate Democrats

TRENTON — Following President Donald Trump’s executive order demanding a replacement of precursor Barack Obama’s signature healthcare legislation, Democrats in the New Jersey State Senate are calling on Republican governor Chris Christie to preserve Medicaid expansion effected under the Affordable Care Act. With Trump in the White House and Republicans holding majorities in the House and Senate, opponents are closer to a repeal than ever.

State Senate President Steve Sweeney joined State Senators Loretta Weinberg, Paul Sarlo and Joseph Vitale to give an overview of what that repeal would mean for New Jersey residents—they estimate that it would cost the state roughly 86,000 healthcare jobs. Of the 20 million people who were newly qualified for healthcare under the ACA. and accompanying Medicaid expansion, 700,000 are New Jersey residents.

That order directs members of his administration to circumvent or revise parts of the ACA they deem “overly costly for insurers, drug makers, doctors, patients or states” and to allow insurance to be sold across state lines, a step that Republicans say will reduce costs will increasing access.

“The costs and consequences of the repeal of the Affordable Care Act for New Jersey would be severe,” Sweeney said. “More than 700,000 people who enrolled in the ACA or were added to Medicaid would be at risk of losing the health insurance coverage, the state would lose billions of dollars in federal aid and the state budget would be forced to carry additional expenses.”

Weinberg pointed to the ACA’s provisions barring insurers from denying coverage based on pre-existing conditions.

“It prevents discrimination based on gender, protects patients with pre-existing conditions and allows adult children to be covered by their parents’ insurance plans. We cannot lose the progress that has been made and we cannot allow residents to lose health coverage,” Weinberg said.

Following Trump’s inauguration on Friday, Sweeney said he is hopeful that the new president will be able to pass meaningful transportation infrastructure legislation. But the prospect of so many people losing health insurance outweighs those hopes, he said. While Trump has said that his replacement for the ACA will not lead to gaps in or losses of coverage, Republicans in congress are calling for an immediate repeal without a prepared replacement.

“I’m excited about President Trump’s plan to expand transportation,” Sweeney said. “I’m trying to have a positive outlook as he’s coming into office. But so far the things and actions he’s made have been scary as hell.”

The lawmakers drew their numbers from a report that left-leaning policy think tank New Jersey Policy Perspective released late last year, which found that the lowest-earning residents in the state would be the most at risk for losing coverage. That report also found that repeal would cost the state over $11 billion over four years. 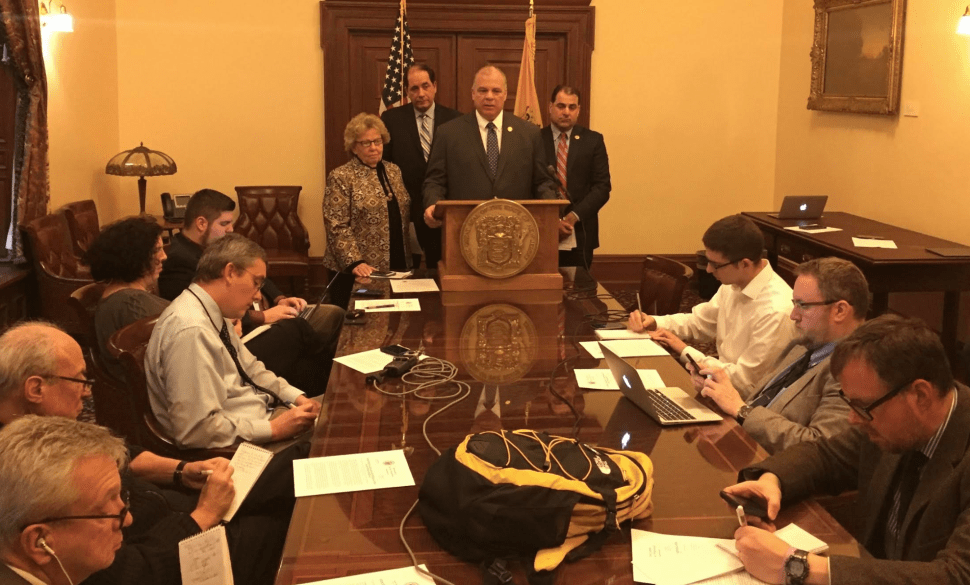