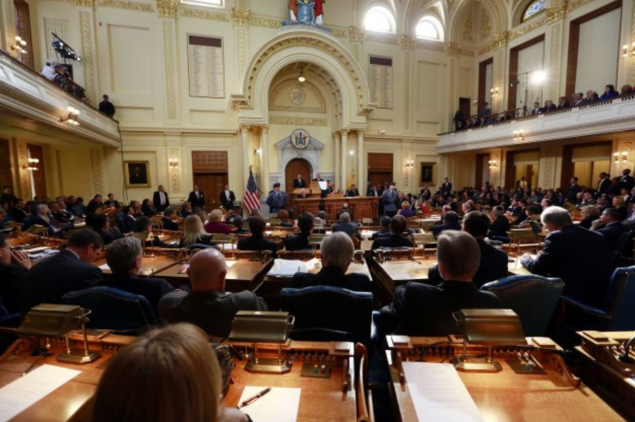 TRENTON — Facing flagging approval ratings and an uncertain political future after president-elect Donald Trump’s high-profile cabinet snub, New Jersey governor Chris Chris Christie returned to safe terrain in his state of the state address Tuesday. Christie said policy changes to combat opiate addiction in the state will be his first priority in the year he has left in office.

The speech was a canny change of strategy for the governor, whose approval ratings have hovered in the high teens since this fall. Christie has reportedly been traveling with a camera crew to speak with addiction groups and addicts themselves in a potential bid to recreate the viral success of anti-addiction speeches that helped build momentum for his first gubernatorial bid in 2009.

In one jab at Democratic lawmakers who considered reopening a state-level investigation into the Bridgegate scandal last year, Christie equated further discussion of the scandal—which resulted in guilty pleas and verdicts for three former top aides—with “inaction” on heroin and prescription opiates.

“We cannot waste another minute of our time in leadership on the next partisan-fueled fake scandal,” Christie said. “While our friends are dying, we cannot permit the worst partisans in this town to lead the discussion towards politically motivated, media sensationalized nonsense.”

Christie’s plan to address the epidemic will hinge on proposals to increase state funding for treatment centers and to require insurers to cover recovery programs, at least in part.

“I am calling on Senate President Sweeney and Speaker Prieto to join with Republican Leaders Kean and Bramnick as the sponsors of a new law to mandate that no citizen with health insurance can be denied coverage for the first six months of in-patient or outpatient drug rehabilitation treatment.

“I challenge you to pass this law in the next 30 days. I will sign it the day you land it on my desk. Together, we can save lives immediately.”

Christie received a standing ovation when he told the story of AJ Solomon, the son of a State Supreme Court Justice and a former aide to the governor who recovered from his own heroin addiction and is now opening his own recovery center in Laurel Springs. Solomon’s advice, he said, helped him to draw up his plan for the next year.

At other times during the speech, Christie touted 2016’s cuts to the sales tax and elimination of the estate tax without mentioning the accompanying gas tax hike that led to months of gridlock in Trenton.

The governor acknowledges the failed deal between himself and Democratic leadership in both houses to allow him to profit from a book deal while in office in exchange for salary bumps for certain legislative staff members and appointees. That proposal went down last month when public outcry led key Democrats and many Republicans to back out.

“There are so many issues that I could look back on with pride,” Christie said. “So many future issues I could look to with a sense of urgency. So many stories from the last year I could relate to you with wonder. But I am not going to do that today. For that, I guess you are all just going to have to wait for the book. And wait. And wait.” 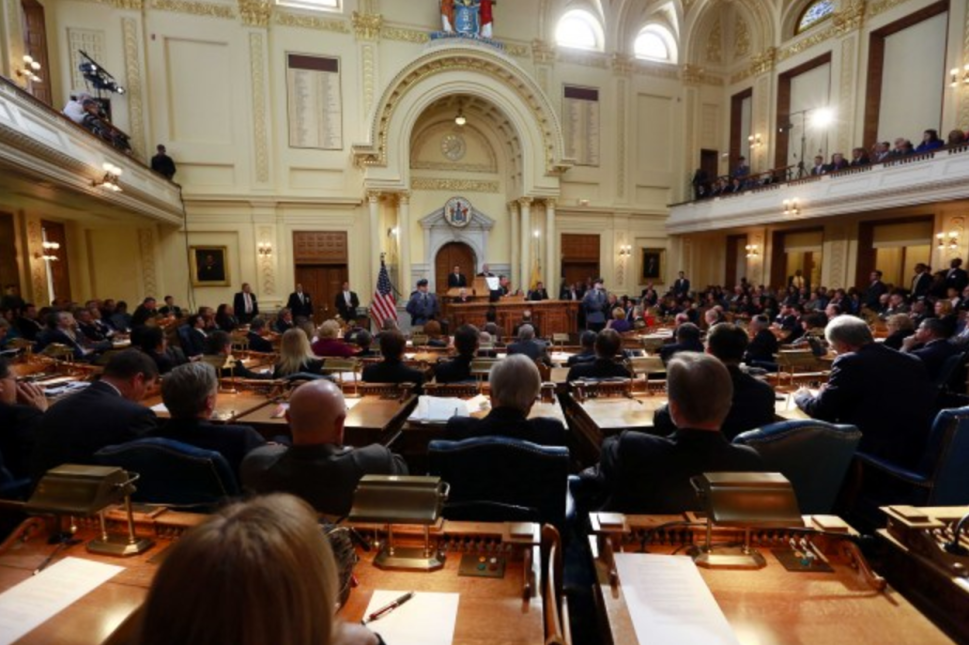